Check out the specialties that made them famous. 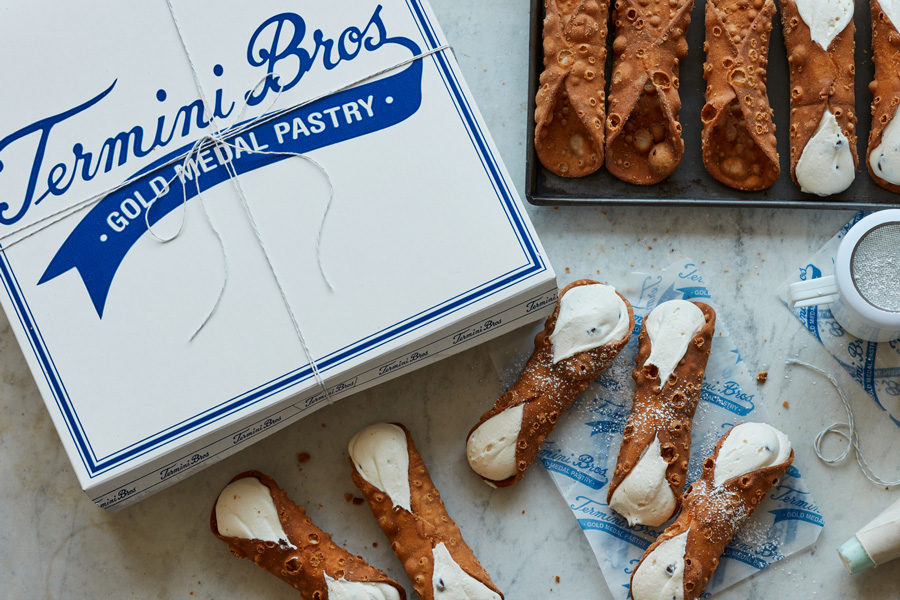 Philadelphians, um, like to eat. That’s hardly news here in the land of cheesesteaks, soft pretzels and soft-shell crabs. But in a world that seems fixated on the new and shiny, sometimes we lose track of places that have long since proven they have staying power. That’s what this is about: six local bakeries that started out as mere gleams in their owners’ eyes but have withstood the test of time to become true Philly icons, some for more than a century. C’mon down and stand in line! 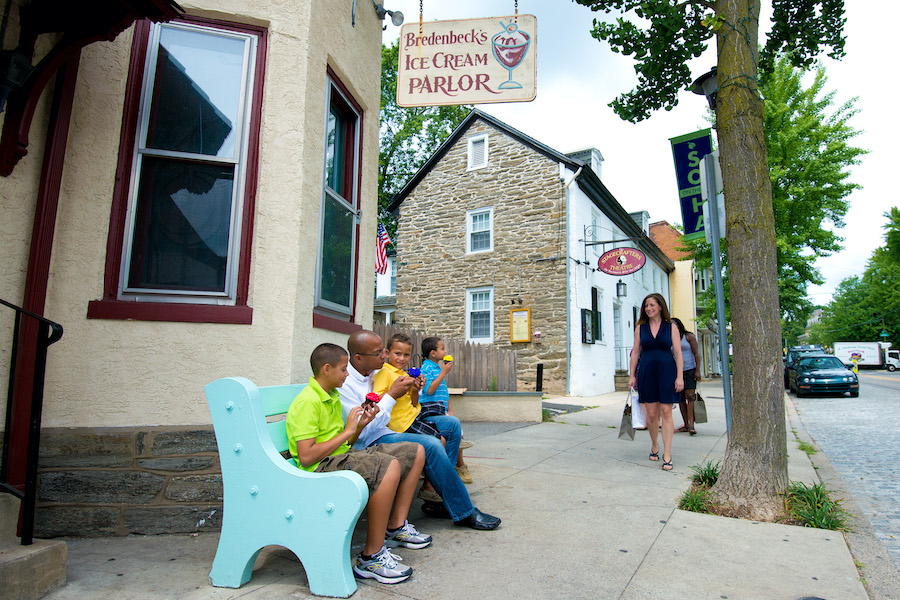 The scoop: The original bakery, in Northern Liberties, was opened in 1889 by Bavarian immigrant Frederick Robert Bredenbeck, whose family handed the business over to two loyal employees in 1954. In 1984, the daughter of one of those employees opened the current picturesque Chestnut Hill location. Renowned for wedding cakes and custom cakes; there’s an in-store ice-cream shop that features Bassetts, another Philly original (founded in 1861!).

The scoop: Sam Cacia bought this bread bakery, with its brick oven dating to 1944, in the mid-1950s; that oven’s still in use today. The family’s now four generations in and has five different South Jersey locations in addition to the South Philly original. There are sandwiches, salads and sweets on the menu in addition to pizza and strombolis.

Speciality: The rolls those sandwiches come on: crusty outside, pillowy inside, with that yeasty real-Italian tang. 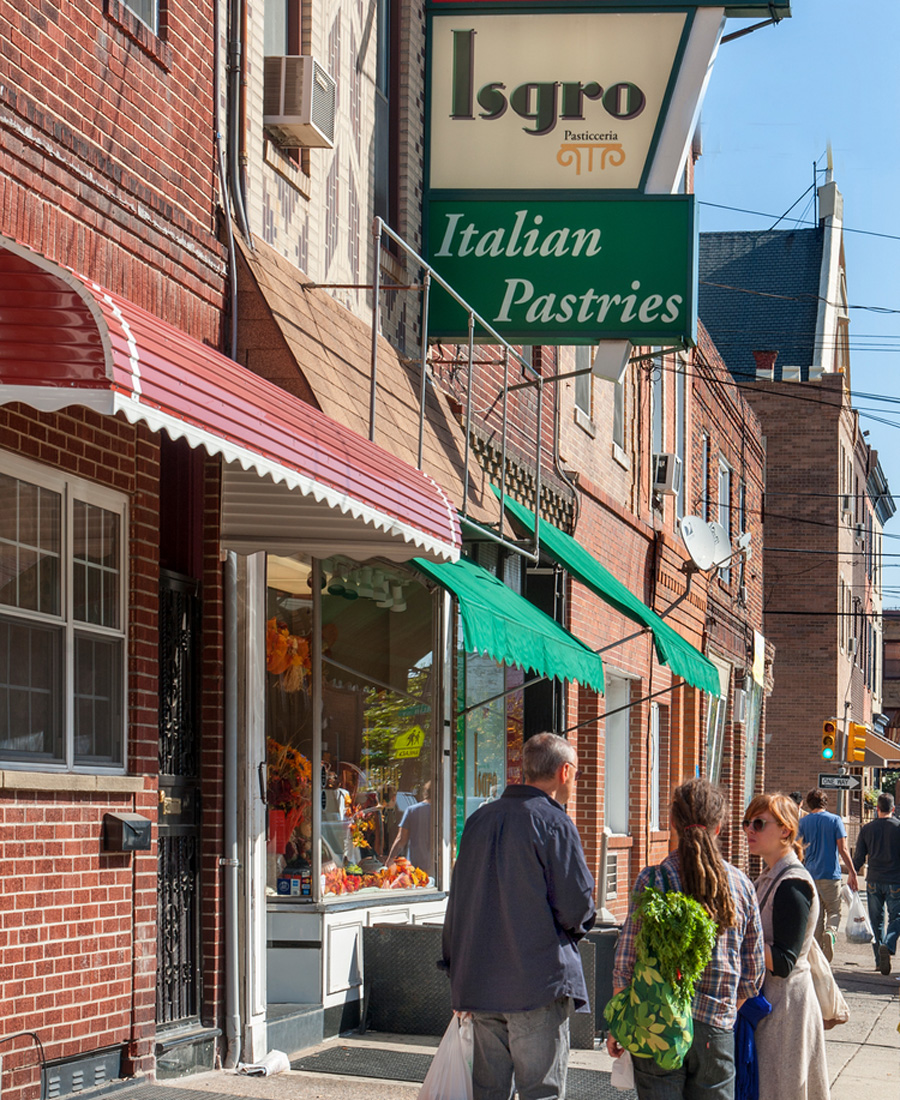 One of our relations, God bless him, gets up at dawn to stand in line every Christmas Eve to buy Isgro’s cannolis for our family gathering. We love our relations. And Isgro’s loves theirs — they claim to be the oldest family-owned bakery in Philly. Current owner Gus Isgro is the grandson of founders Mario and Crucificia; this place has been holding it down in the Italian Market since 1904.

Specialty: They tout the Italian rum cake, but their URL is “bestcannoli.com,” so …

They’re on the fifth generation — Louis Sarcone III — at this bakery founded by Italian immigrant Luigi Sarcone in 1914. And the bakers still start their work at midnight. Talk about tradition: In the ’60s, the family finally broke down and bought a mechanical kneader — then took a decade to get around to using it.

Specialty: Like the website says, it’s “all about the bread” — seeded Italian loaves, plus the rolls you’ll find anchoring the best hoagies in town.

They don’t have a proper website at this old-school Northeast fixture, founded by German immigrant Josef Stock in 1924 and now on its fifth generation of owners, too. Josef’s son Frank developed the recipe for the pound cake the bakery is famous for. Come Christmastime, everything else on the menu is gradually phased out until it’s nothing but cakes.

Specialty: The dense two-foot-long pound cake loaves, in vanilla or marble, with just a slick of chocolate or vanilla icing. 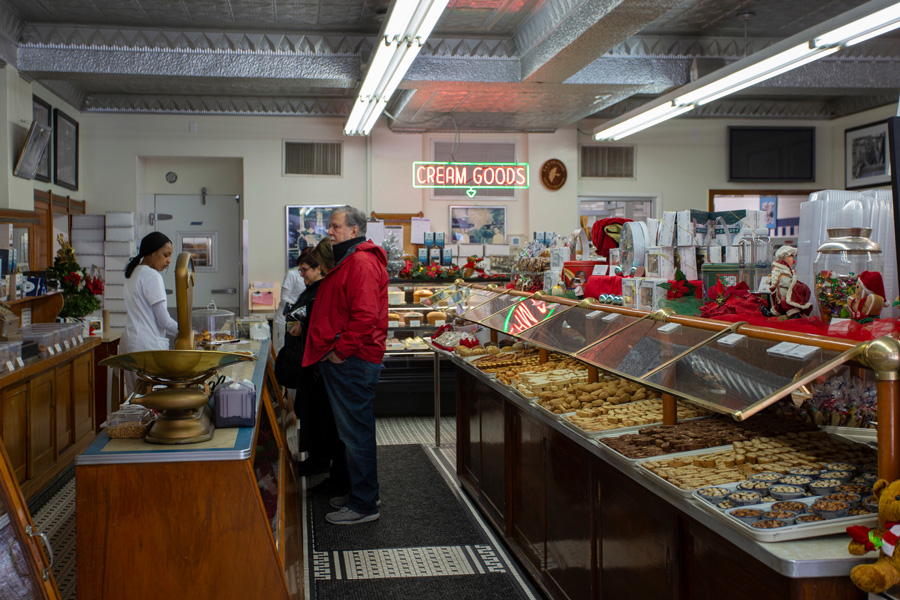 Don’t miss the cookies at Termini. Photograph by C. Smyth for Visit Philly

There are four locations of this venerable house of sweets, founded in 1921 by siblings Giuseppe and Gaetano Termini. Their specialty back then was elaborate multi-tier wedding cakes. The brothers moved to 1523 South 8th street in 1938; the Reading Terminal and 24th and Oregon shops opened in 1985 and the Comcast Center outpost in 2005. There’s a hefty mail-order business, too.

Specialty: A lot of folks will say the cannolis, but our vote goes to the cookies, in particular the pignoli and the macaroons.