How social media brought us one of Mexico’s greatest dishes. 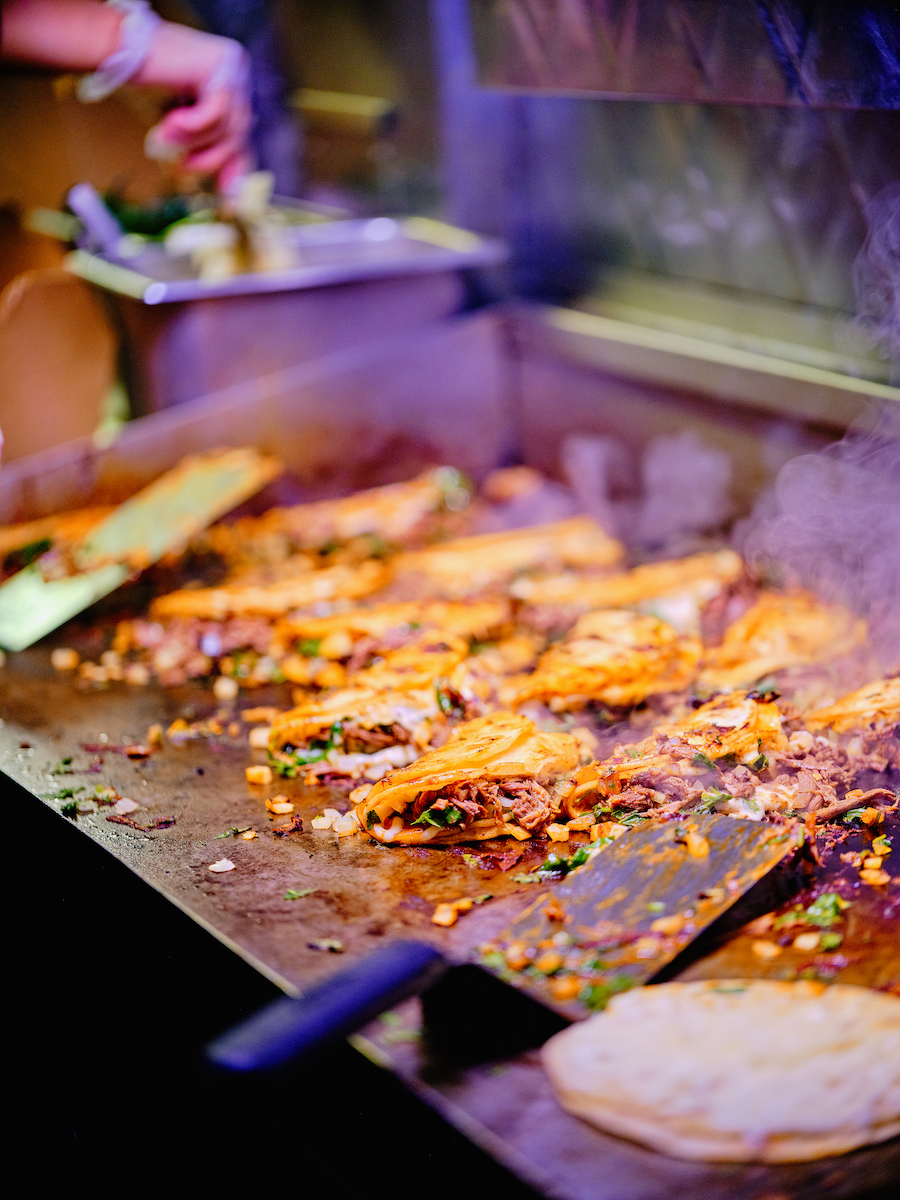 I had the pleasure of experiencing birria for the first time in Mexico City. It was from a small cart painted white, with red letters that read BIRRIA AL ESTILO JALISCO – CONSOMÉ GRATIS. The tortillas were homemade, delicate as crepes, and the dude manning the cart would punch fistfuls of the soft shredded beef with warm, sweet spices inside each of them, serving them with a small bowl of consomé (gratis, of course) made from the meat’s braising liquid. I think about those tacos every day.

I haven’t had birria since. Not for lack of trying — it’s just not an easy dish to track down in this city. Philly chef Jennifer Zavala tells me that birria is big on Facebook Marketplace. (It’s true — you can find great home cooking on Facebook Marketplace.) Three years ago, La Mula Terca opened on Snyder Avenue in South Philly. The lamb birria on its menu was a novelty at the time. I’ve seen it on taqueria menus in Norristown and Camden, too, but birria is a dish that has the same sort of singularity, the same kind of celebratory gravitas, as Mexican barbacoa, made mainstream in Philly by Cristina Martinez. Birria is the star of the show, not part of the chorus, and you’re better off eating it somewhere that treats it as such.

In Philly, those places have historically been few and far between — I assume because the Mexico-to-Philly immigrant pipeline flows primarily out of the state of Puebla, not Jalisco, where birria was born. It wasn’t until this year — maybe even just these past few months — that we saw birria appear on menus, first here and there and now, all of a sudden, everywhere.

But especially on our social media feeds. Search the #birria hashtag on Instagram and TikTok, and you’ll see how the old Mexican stew became a viral sensation online — mostly in its taco form. Birria is traditionally served in a bowl, with the tortillas and condiments on the side. The taco version with cheese (quesabirria, as it’s called) is dipped in consomé and griddled to a — dare I say it? — cheesesteak-y consistency, and it seems to have made its way from Tijuana to L.A. to our social media feeds and, eventually, to Philly.

Lindarosa Delos Santos, with her sister, Brianna, and her mother, Yolanda Gutierrez, has been selling it, quietly, for three years now from their Mi Pueblito taco truck. “We used to park at Frankford and Girard avenues at night, but in June, we had to stop,” Delos Santos says, “because the bars shut down. We sold steak tacos, chicken tacos, al pastor, quesadillas, but then about three years ago, we started selling birria — my grandma’s recipe. She’s from the state of Jalisco.” 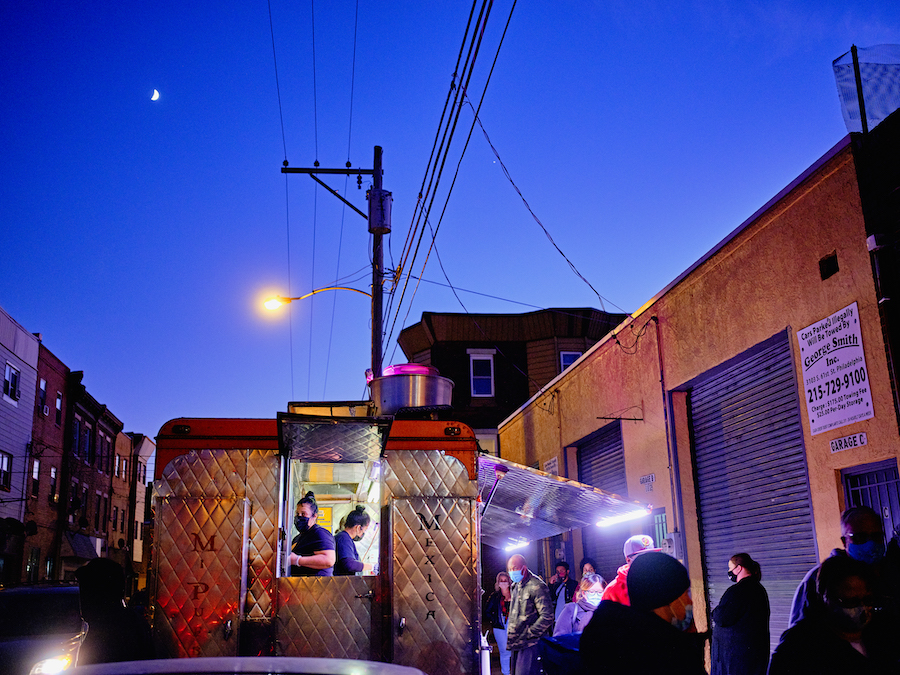 Now, they’re parked at 1812 South 7th Street in South Philly (weekends only, dinnertime only), joined by a host of taco trucks and taquerias boasting birria on their chalkboards. “Three months ago, my brother-in-law kept begging me to sell it, so we started,” says Miguel Nolasco, owner of Burrito Feliz, a Tijuana-style taco and burrito truck in South Philly. “Birria has everything you like: beef, crispy melted cheese, and the consomé is especially good for this time of year. Everyone who buys it comes back.”

Zavala, who recently made her once-illegal tamale operation official with a new name, Juana Tamale, and kitchen (she’s currently operating out of Underground Arts in Callowhill), recently got into the birria game, even attempting to veganize the recipe with braised vegetables and a vegetable consomé. The secret to making birria, she says, is patience: “It takes a long time to make because it’s usually made with a big cut of meat. But the most important part is the broth. You can add whatever chilies you like, you can use whatever cut of beef, but the fatty broth is everything.” Gold Ring tortillas were Zavala’s vessel of choice before the company went on a brief hiatus. She’s using Cadence’s tortillas now, made from local corn grown at Green Meadow Farm.

When I ask her where she thinks the birria boom started, she says Instagram. So does Delos Santos. So does Nolasco. Which is interesting, isn’t it? A tradition that became a full-on food trend — not because the food media deemed it so, but because social media gave a platform to people who haven’t always been given one.

“The only people who were ever making it were Mexicans,” says Zavala. “The only people who can make it are Mexicans. And now, everyone wants in on it. It’s been a white world for a while now, so if Mexican people bring something to the table that nobody else can crack, I think it’s fucking great.”