Where to Find Stuffing-Filled Thanksgiving-Style Sandwiches in Philly

Because the only thing better than a feast is a feast between two slices of bread. 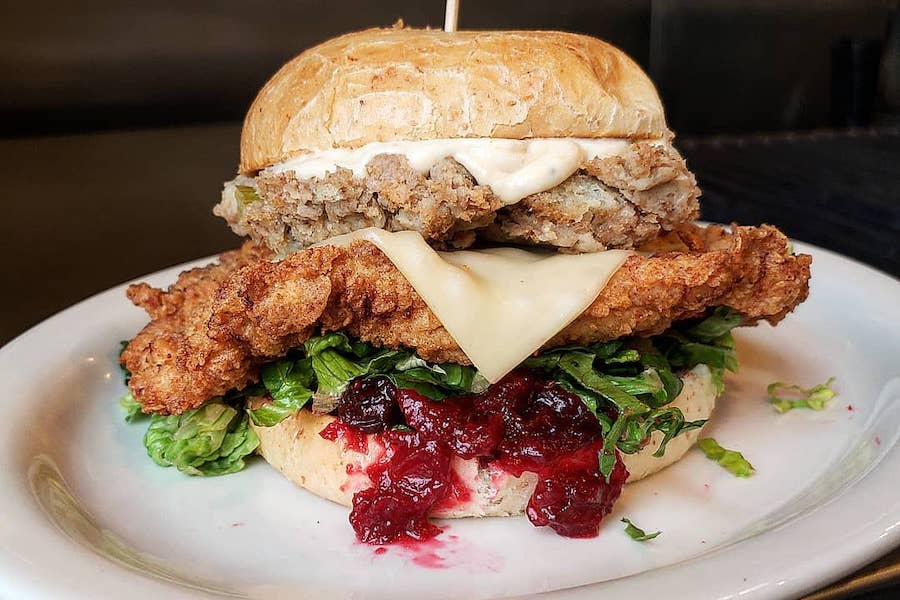 Here’s an opinion that I actually think a lot of people hold: Thanksgiving leftovers are better than the actual meal. The holy grail of Thanksgiving is the bite where you get a little bit of everything, anyway, and the leftover sandwich is simply a more efficient means to that end. But to eat the leftover sandwich, you need leftovers, and if you’re attending someone else’s Thanksgiving, you might very well walk away empty-handed. Even if you host yourself, you might sleep late on the day after, only to find that your mannerless family members have cleaned you right out (a fate that has indeed happened to me because I come from a family of ravenous monsters). Enter these nine Philly spots that are doing the lord’s work keeping the leftovers stocked up for the sandwiches we’re all counting on.

Wawa, literally everywhere
Let’s start at the beginning, which is, obviously, Wawa. The Gobbler has returned once again, and this year, there’s triple the fun. The Original, with turkey, gravy, stuffing and cranberry sauce is the baseline. But now, you can also add mashed potatoes and garlic aioli OR, get this, mashed sweet potatoes. Wawa just keeps dreaming big.

The Original Turkey, Reading Terminal Market
While the rest of us are roasting one turkey every year, doing a mediocre job and then forgetting about it for the other 364 days of the year, Original Turkey is cranking out turkeys (and multiple Thanksgiving-related sandwiches) all year round, so we have to assume they know what they’re doing with their sandwiches.

Middle Child, Center City
Because they are so committed to the craft of sandwich, Middle Child offers not one but TWO seasonal sandwiches for our pleasure, including a rare vegetarian option called The Side Melt with sweet potatoes, green beans, fried onions and onion dip.

OH SHIT Y’ALL OUR NOVEMBER SPECIALS HAVE HIT THE SHELVES. EXTRA SLOPPY. “HOUSE OF 1000 MEATBALLS” AND THE VEGETARIAN “SIDE MELT.” COME GIT YOURS NOW OR U WONT BE THANKSGIVING-READY LATER. 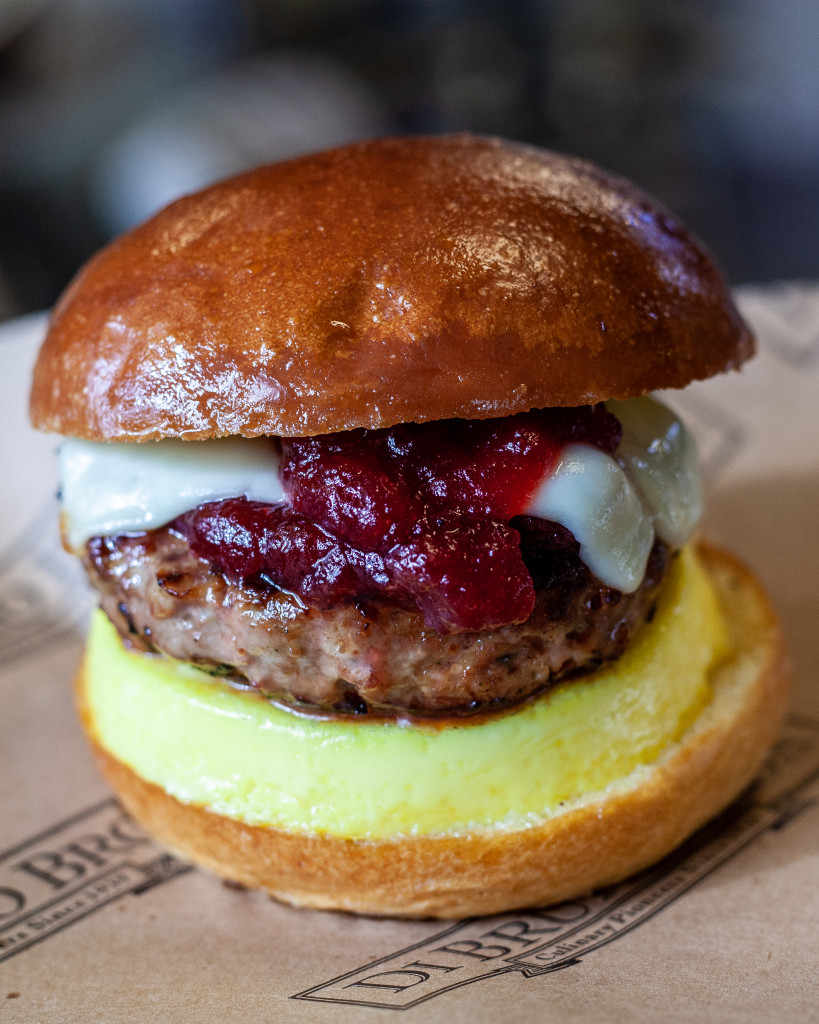 Woodrow’s, South Street and Bella Vista
If stuffing on your sandwich seems like a little … much, you might be more partial to Woodrow’s, where their turkey sandwich stay Thanksgiving-appropriate but stuffing-free all year with bacon-cranberry jam, herb mayo and greens. Grab a cheesesteak while you’re there, because it’s one of our favorites.

American Sardine Bar, Point Breeze
If you happen to share my belief that everything is better fried, head down to American Sardine Bar for the Fried Turkey Gobbler. In addition to the obvious fried turkey, there’s an extremely thick layer of stuffing, cranberry sauce, lettuce and plenty of gravy mayo.

High Street on Market, Old City
Just when you thought there was no more food to be excited about (at least for a couple of days) High Street on Market announces they will be serving their ultimate leftover sandwich for one day, and one day only on Black Friday (also known as November 29th). It might be worth venturing out into the swarms of shoppers for (actually really good) roasted turkey on their housemade bread stacked with chestnut-mushroom stuffing (want), gravy, cranberry relish and brussels sprouts slaw. 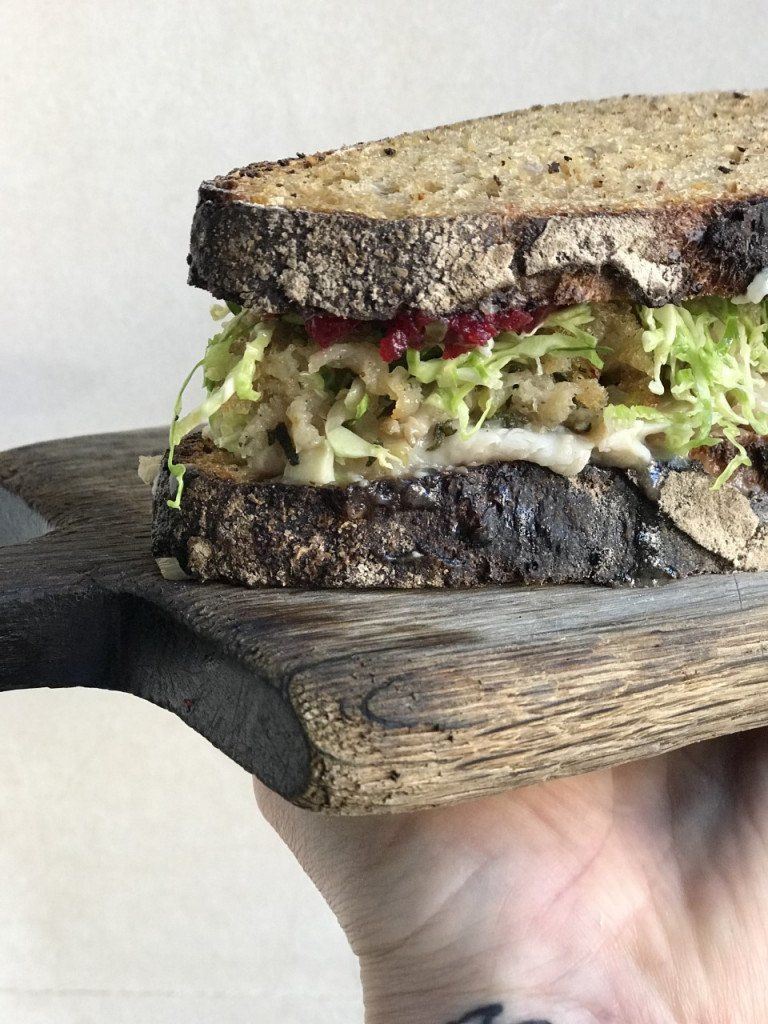 McNally’s, Chestnut Hill
Another year-round option is at McNally’s, where The Dickens is served with house roasted turkey, classic stuffing and plenty of cranberry sauce. Classic.

Nick’s Old City, Old City
There’s an argument to be made that the most important part of a Thanksgiving sandwich is the gravy. Nick’s makes that argument by dousing their sandwich in gravy, which is basically all you need to know about it.

Emmy Squared, Queen Village
From November 29th to December 5th, Emmy Squared will offer their take on a leftover sandwich. In addition to the requisite roasted turkey, the Turbo Turkey sandwich will have apple slaw, crispy frizzled brussels sprouts and cranberry mayo, all packed onto a pretzel bun. 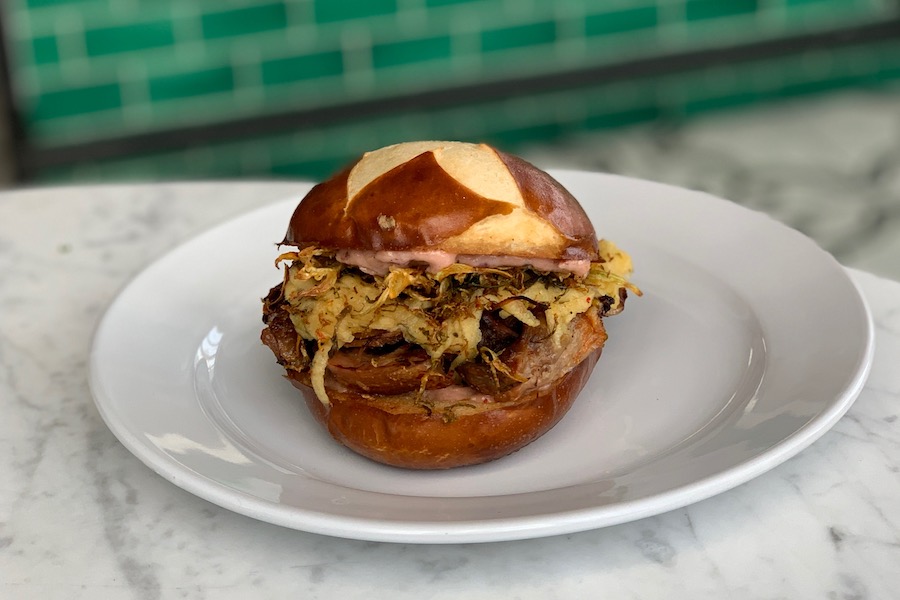