Temperatures are soaring into triple digits this weekend, but these Philadelphia bars and restaurants are keeping us cool with these frosty drinks and sweets. 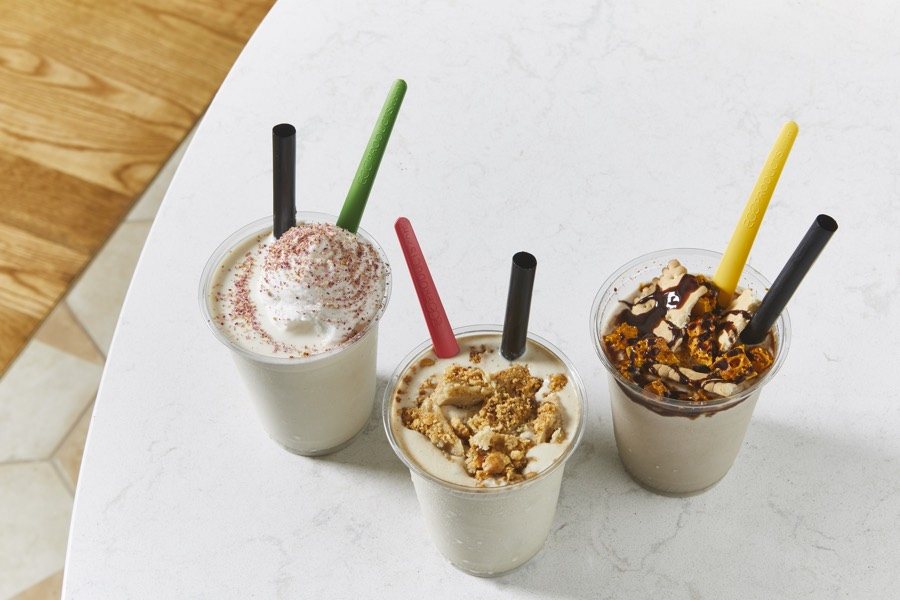 We’re in the middle of Philly’s first heat emergency of 2019, and temperatures are only getting hotter as the weekend goes on. Luckily, the city’s bars and restaurants are doing their part to keep us all from melting with cooling specials, deals, dishes, and drinks. Here are some of the best spots to beat this weekend’s heat in Philadelphia. 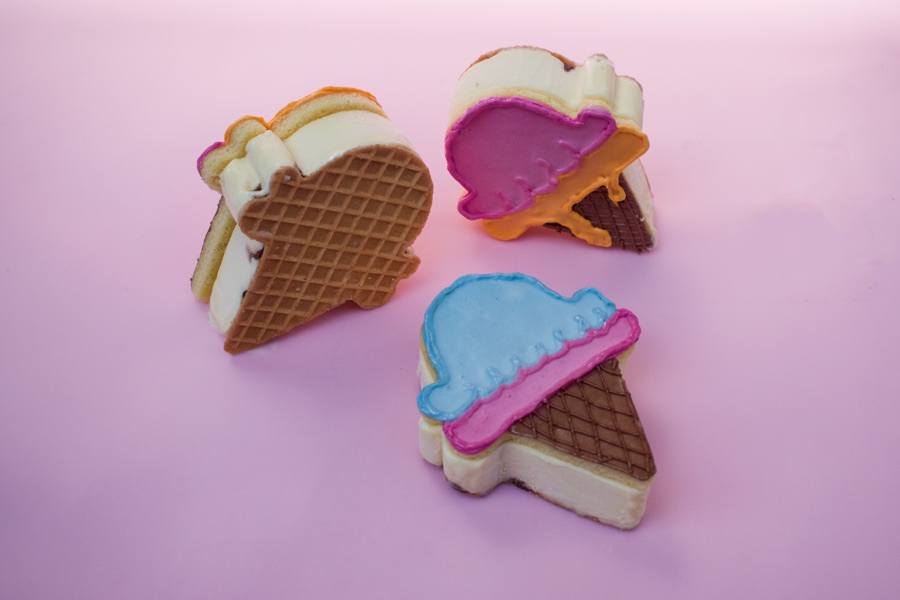 Weckerly’s Ice Cream, Fishtown
The locally-focused creamery makes their own stellar ice cream sandwiches and waffle cones for scoops — and they’re combining the best of both worlds this Sunday only. The Ice Cream Cone Ice Cream Sandwich is whole vanilla bean ice cream with chocolate fudge sandwiched between a layer of yellow cake decorated with royal icing and a house-baked waffle cone brushed with dark chocolate.

SouthGate, Rittenhouse
It’s not always easy to get out of bed for brunch — especially when that leaving your air-conditioned bubble. But the Korean-inspired gastropub is offering a pretty great inventive to do so during Heat Wave Weekend 2019: half-price bottles of chilled rosé and prosecco during brunchtime.

Chris’s Jazz Cafe, Center City
Boozy popsicles are (thankfully) everywhere this summer — but the boozy push pops Chris’s Jazz Cafe just rolled out are next level, with flavors like bourbon butter pecan pie and rocket pop. And this weekend, they’re just $5 each (down from the usual $8).

Thirsty Dice, Fairmount
When scorching temps hit, there are two ways to cope: immersing yourself in the nearest body of water or sticking to indoor activities like movies — or board games. Philly’s first board game cafe has a ton of space, more than 800 games to play, and sweet, sweet air conditioning, and this weekend, they’re serving both boozy and regular milkshakes for half price. 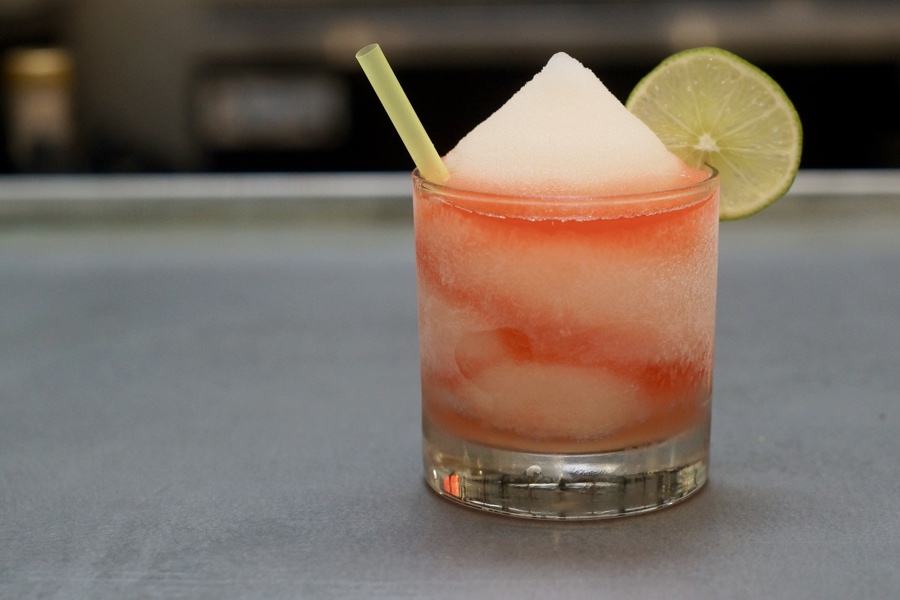 The Bar by Bluebird Distilling, Old City
The Phoenixville distillery’s bar at the center of the Bourse is the perfect place to be in a heatwave: frosty AC, lots of food around, and $5 frozen gin and tonics any time the mercury hits 95 or higher — like it’s supposed to this Friday, Saturday, and Sunday.

Philadelphia Brewing Company, Kensington
Hit up PBC for a frosty take on the Citywide this weekend: they’re serving beers with chilled well shots for $7 whenever temperatures hit at least 95 degrees.

Goldie, Center City, University City, and Fairmount
The good folks at CookNSolo get an honorable mention for their new limited-edition tehina shake flavors at their three locations. This weekend and through the end of July, you can sip on passionfruit cotton candy at Franklin’s Table, coconut rose at the Sansom Street store, and Medjool date at their Whole Foods outpost for $4 each — a buck off the regular price. At the end of the month, they’ll take a vote and add the fan favorite to their regular menu. 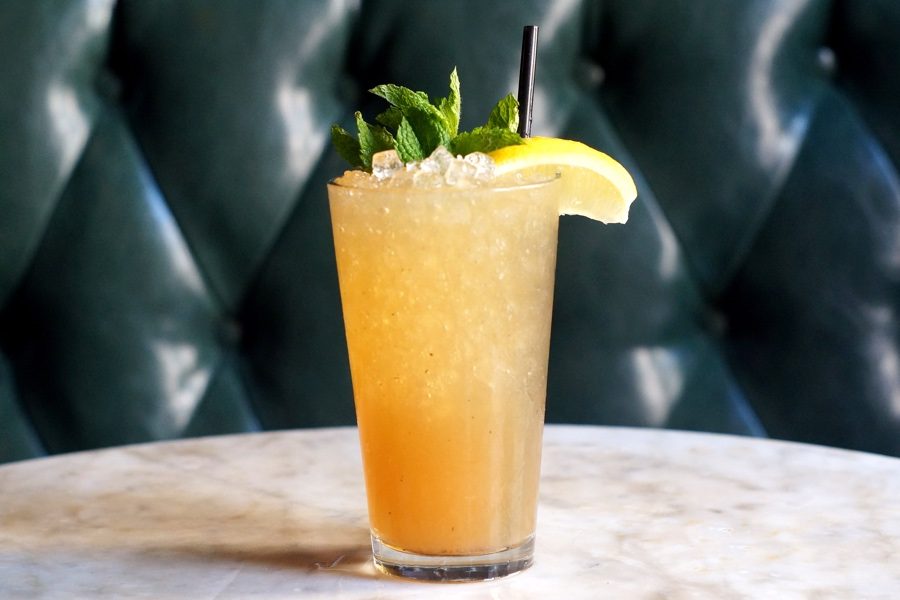 Royal Boucherie, Old City
All week, bartender Ezequiel Rudy is mixing up a special off-menu cocktail to keep you cool: the John Daly — sort of a boozy take on an Arnold Palmer named after another notable golfer — is a mix of house-made lemonade, iced tea, and vodka served over crushed ice.

Tiki, Midtown Village
It’s important to stay hydrated during a heat wave — but you’ve got to keep your electrolytes up, too. Know what’s got those? Coconut water. On Saturday and Sunday, get a Tiki Time — a coconut filled with coconut water, pineapple juice, and rum — for just $13 (that’s $4 off the usual price).

Manatawny Still Works, East Passyunk
First, hit up nearby Rival Bros. for their Freeze-O, a frozen blend of coffee, cream, and sugar. Then take it down the Avenue to Manatawny, which is offering to spike yours for free (limit one shot per person per day) during the heatwave. If a cocktail is more your speed, try the frozen version of So Hot We’ll Melt Your Popsicles, made with white whiskey, rhubarb, lime, and Fresno chiles.