Philly Is Trying to Save a Beloved Vietnamese Bakery From Demolition

Community organization VietLead has started a petition to stop the demolition and development of Washington Avenue's Hoa Binh Plaza. 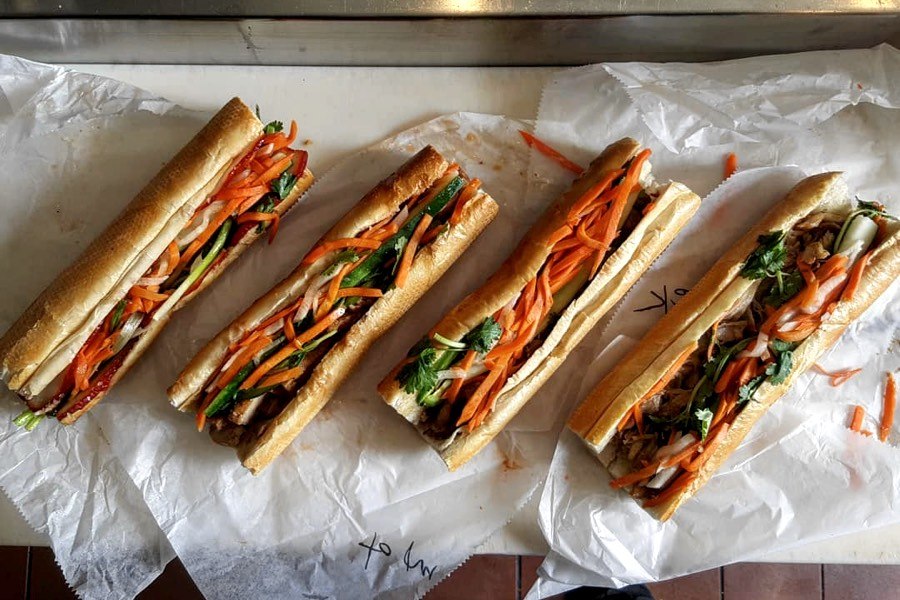 Supporters have launched a campaign to stop the demolition of a South Philly shopping center, home to beloved Vietnamese bakery, which is slated for sale, demolition, and residential development.

Community organization VietLead created a petition last night to save Hoa Binh Plaza, the Vietnamese-owned shopping center at 16th and Washington, which has been a commercial hub for the neighborhood’s Southeast Asian community for nearly 30 years. The plaza is home to businesses like grocery store Sieu Thi Big 8, restaurant Hai Tien, and Nam Son Bakery, a two-time Best of Philly winner for its well-priced, high-quality banh mi, made with bread baked onsite.

As of this posting, more than 2,900 supporters have signed the petition, which demands the city’s leaders push for zoning that will continue to allow commercial use of the property.

“Our goal is to get 5,000 signatures by July 24th — we didn’t realize we’d get 2,000 in a day,” said Nancy Nguyen, VietLead’s executive director. “It just goes to show you the amount of community support for the plaza.”

VietLead will present the petition on July 24th, when the Zoning Board of Adjustment will hear the developer’s request for a variance to change the zoning for the property at 1600 Carpenter Street from its current industrial classification — which allows for commercial activity such as retail — to residential. It’s the organization’s hope that the parcel will keep its commercial zoning and Hoa Binh and its tenants can stay put.

Please spread and sign this petition to urge our city leaders to ensure zoning that allows continued commercial use of Hoa Binh or Hai Tien Plaza. Losing this Plaza would not only mean losing jobs, small businesses, and the community created there for the last 30 years – but also losing a part of Philadelphia’s immigrant and refugee history. We demand development without displacement. Stay tuned for more updates/ we will not go without a fight ✊🏾 https://action.18mr.org/savehoabinh/ link in bio. #keepourcommunitiesrooted #developmentwithoutdisplacement #savehoabinh #savehaitien

Hoa Binh is under contract to be sold to local developer Streamline, which plans to build single-family homes and multifamily condos to meet rising residential demand in the changing neighborhood, according to WHYY. Twenty percent of the homes will be priced at what the developer considers to be an affordable $240,000.

“In a city where median income is $39,000 for a family of four we ask: affordable for who? As more and more unaffordable housing projects increase under the guise of development, more and more long term residents and small business owners will be displaced,” the petition reads. “Losing Hoa Binh Plaza would mean losing jobs, small businesses, and the community created there for the last 30 years. It also erases part of Philadelphia’s immigrant and refugee history. We demand development without displacement.”

Thomas Sinnison, owner of Nam Son, has collected a few hundred signatures of his own from supportive customers coming into the shop.

“I have a lot of customers concerned about that, asking me where we will relocate,” he said.  “They love us here, and we love them too.”

Hoa Binh Plaza — the name translates to Peace Plaza — was established in 1990 to serve the Vietnamese and Cambodian communities that came to South Philly in the ’70s. It was the first of its kind in the tri-state area of Pennsylvania, New Jersey, and Delaware, said Nguyen.

“It’s important to a lot of people,” she continued. “Folks in this community have had access to produce at the grocery store for 30 years. Hi Tien’s banquet hall has hosted hundreds of weddings for Cambodian families.”

The organization started the petition not only to show broad community support for the commercial center to Kenyatta Johnson, the plaza’s councilperson, and the Zoning Board of Adjustment, but also to show the owners of the plaza’s imperiled businesses how much they’re loved.

“When we heard about this, we went to the plaza to meet with the business owners one-on-one to hear their stories. There was a lot of despair, fear, anger, and isolation,” said Nguyen. “They felt really alone in terms of losing their businesses — not knowing what’s going on and losing a lifelong investment for some of them.”

Part of the challenge for business owners in Hoa Binh, Nguyen says, is that even if they were able to relocate for a few years with some kind of guarantee that they could move back into first-floor commercial spaces in the new development, there simply isn’t anywhere viable for them to go.

“It’s not that they haven’t tried to figure this out,” Nguyen said. “They’ve driven up and down Washington and they can’t find another location. Rent is going up for everybody — the whole area is gentrifying.

“That’s on city council leadership,” she said. “That’s why we elect them — to make sure our communities stay rooted and healthy, have access to jobs, and can live their lives with dignity.”