Sandwiches will return to the old Fink's Hoagies space, with prepared foods from Capt'n Chucky's Crab Cake Co. and Superior Pasta to heat and eat at home. 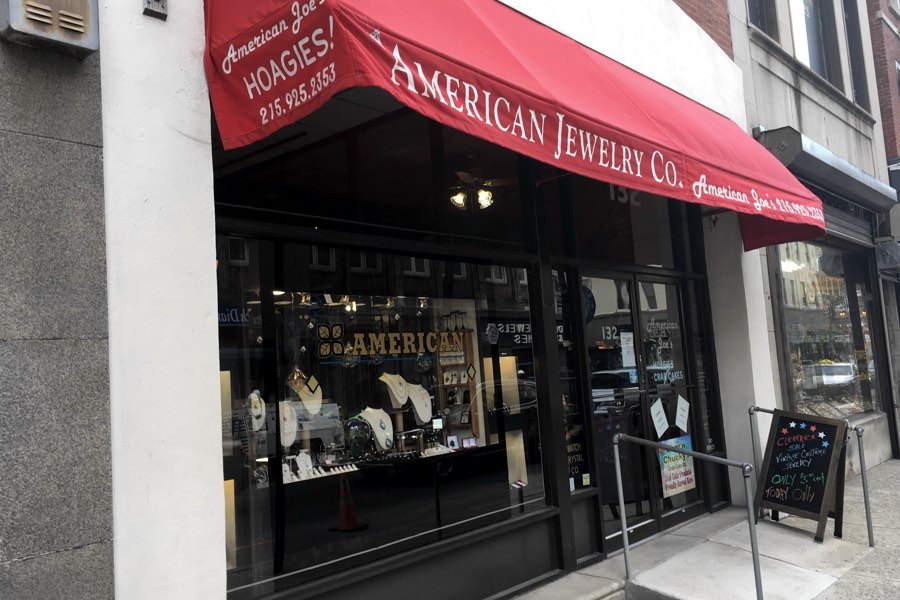 Center City’s newest sandwich spot is opening in…the back of a jewelry store?

When American Jewelry Co. owner Joe Bonfiglio Jr. bought 132 South 8th Street back in 1978, it was a bar and Italian restaurant. He and his wife Pam carved out a slice on the south side of the building for their jewelry business, and the restaurant operated in the rest of the space. Now, the front of the property is a lobby, and the restaurant space has its own door.

Back in 2015, a branch of Northeast Philly hoagie icon Fink’s took up residence in the back of the building, but they pulled out in 2016. Since then, the deli space has sat vacant. Rather than deal with tenant turnover, Bonfiglio decided to open his own deli — American Joe’s.

“I thought the space had a lot of potential, and I had people in the family who wanted to do it again. I said, ‘We’ll put it back together and see how it works,'” he said. After updating the plumbing and bringing in new equipment, the space was ready to go.

“There was always a lot of business with Fink’s — you might have 2o or 30 people in line during the lunch rush,” Bonfiglio said. “This way, it’ll be more of a continuous operation, no interruptions.”

In addition to a slate of classic hoagies using Dietz & Watson meats and Liscio’s rolls, American Joe’s will serve hot roast pork and beef as well as crab cake sandwiches from Capt’n Chucky’s Crab Cake Co., based in Newtown Square with several locations in the Philly suburbs.

American Joe’s will be the only outlet in the city proper carrying their line of prepared frozen crab cakes, seafood soups and chowders, and sauces. The shop will also offer frozen Italian meals like lasagna, chicken parmigiana, and stuffed shells from South Philly-based Superior Pasta to heat and eat at home.

Bongiflio is shooting for a “very soft” opening this coming Tuesday, March 12th. Opening hours will be 9 a.m. until 7 p.m. Monday through Friday, 10 a.m. until 4 p.m. Saturday, and closed Sunday.