Drink This Now: Beaver Butt Whiskey at Art in the Age
Subscribe
Follow
I'm a scraper
This search result is here to prevent scraping

Drink This Now: Beaver Butt Whiskey at Art in the Age

The super-limited-run Eau de Musc gets its mellow vanilla notes from an unexpected source. 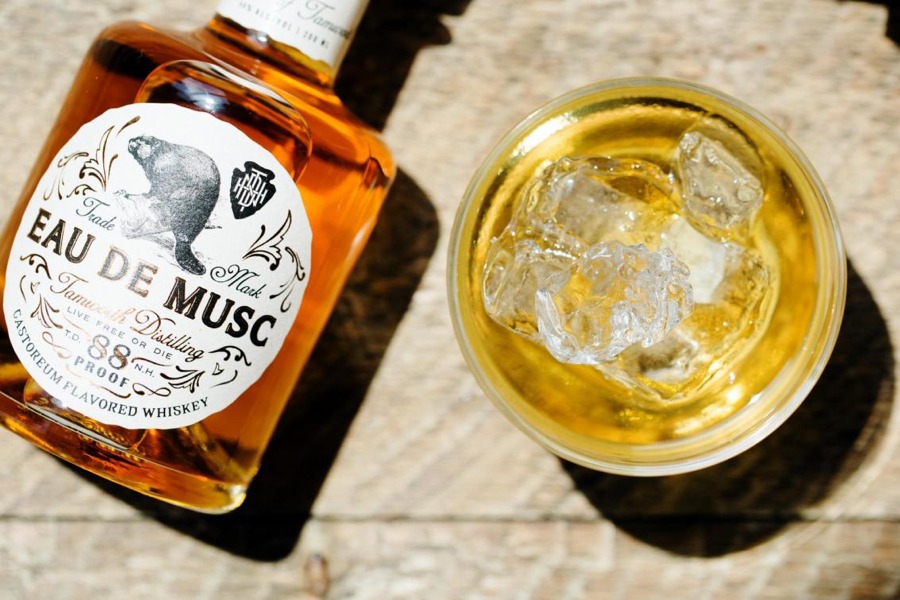 The folks at New Hampshire’s Tamworth Distilling are known for the unique flavors of their spirits: their Art in the Age line of cordials and vodkas comes in flavors like blackberry-black trumpet mushroom, sweet potato, and chicory root.

Don’t worry: If you’ve ever consumed something containing “natural vanilla flavoring,” you’ve probably already tasted castoreum extract, as the beaver-sourced ingredient is called. Despite its inauspicious origins — the Art in the Age folks euphemistically describe it as “found in the beaver castor sacs below the tail” — castoreum extract is actually very tasty.

It turns out that New Hampshire has a beaver overpopulation problem, too — so the ingredient is readily available, if in small batches. Steven Grasse, who owns Tamworth and Art in the Age and wrote the Revolutionary-era booze tome Colonial Spirits, is always looking for ways to use old-school ingredients like castoreum. His team connected with area master trapper Anton Kaska to source theirs locally. The animals use the scent in their castoreum sacs, along with urine, to mark territory in the wild.

Beaver castoreum has a sort of sweet, vanilla-y flavor with a fruity finish, which makes it a perfect addition to lots of different foods, perfumes, and, of course, spirits — like the Swedish brand BVR HJT (translation: “beaver shout”), which uses castoreum to flavor its traditional hunters’ schnapps recipe.

As, er, pungent as it may sound, Eau de Musc is perfectly pleasant: the base is Tamworth’s two-year-old, 88-proof bourbon whiskey, with warm, comforting vanilla and ripe fruit flavors from the castoreum oil and a little raspberry.

There’s a slight woodsiness from the addition of birch oil and Canadian snakeroot, a ginger-like wild herb, too. And for a brown liquor, it’s surprisingly light on the palate — which makes Eau de Musc the perfect summertime bourbon.

Since the batch size is so small (less than 500 200-mL bottles were released), Art in the Age isn’t making cocktails with it, but you can get a pour of the straight spirit or pick up a bottle for yourself at their tasting room in Old City. Bar manager Kelly Curry recommends using Eau de Musc where the unique flavors of the spirit can shine, like an updated Old Fashioned made with brown sugar and spiced cocoa bitters.