Plus, Port Richmond is getting a new neighborhood bar called Tiny's. 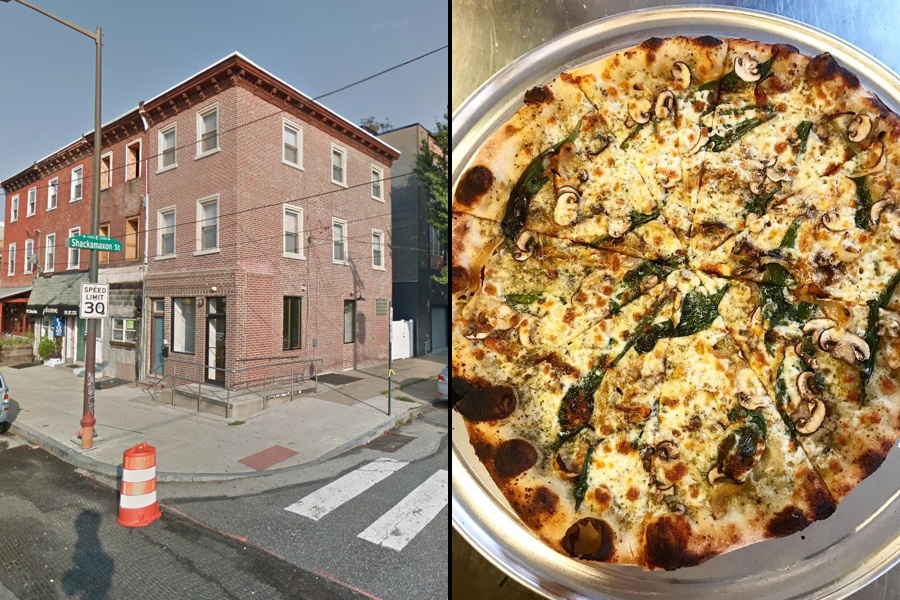 The name, he says, is meant to echo the simplicity of the shop itself: take-out-only with a small, daily menu.

Actually, very little about the restaurant has changed other than the name, the signage and the hours. Kevin Schofield (the pizzaiolo, previously of Clarkville — which, not for nothing, does a damn fine pie) and Ryan Ellis (the manager, also from Clarkville) will be running the show, still sourcing good and local ingredients, only this time around, it’s a slices-only operation (as opposed to Beddia’s whole-pie-only menu).

The shop opens next Wednesday, May 2nd, and hours will go from 12 p.m. to 10 p.m. Wednesday through Sunday. Once they get their feet wet, they’ll add more hours.

Oh, and if this matters to you, there’s still no phone.

In addition to Pizza, Borish tells Foobooz that he and Parsell are also opening a neighborhood bar in Port Richmond called Tiny’s — a comfortable place with “good drinks and good food.” He wouldn’t disclose the location, but he says they plan to open sometime this fall.