Two decades ago, vegan cuisine barely existed in Philadelphia — and today, the city's chefs and restaurateurs are leading the way in plant-based dining. 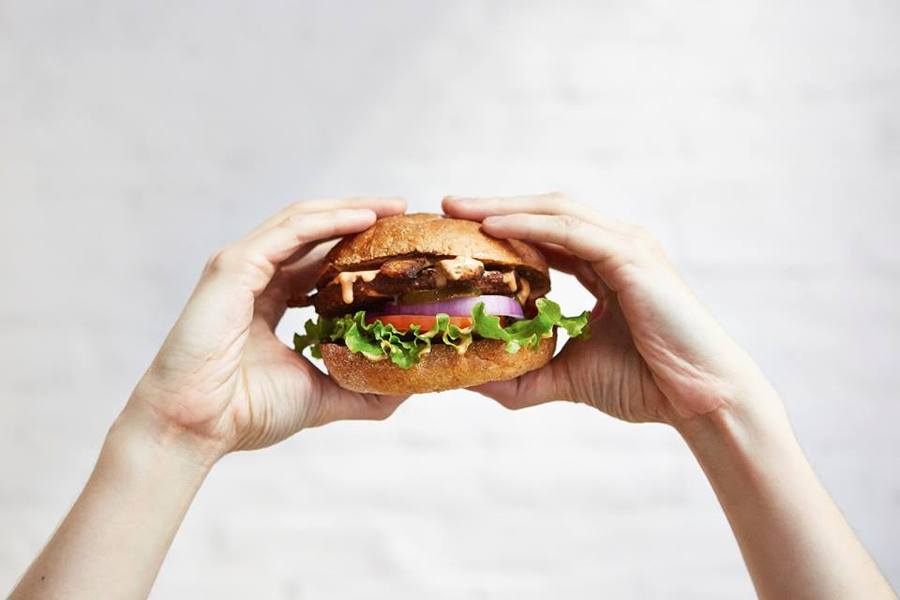 Twenty years ago, Philly’s dining scene was, well, decades behind what it is today. And its vegan dining options were even more desolate.

Back then, diners seeking dishes made without animal products had few options: a vegan cheesesteak at the erstwhile Gianna’s, meatless fare offered by a select few vegetarian-focused Chinese restaurants, or a drive out to the suburbs for vegan fine dining at Horizons, Rich Landau and Kate Jacoby’s first restaurant.

“If you came downtown for dinner, you were going to be eating pasta with red sauce or salad,” said Landau, now chef-owner of Vedge, V Street, and Wiz Kid along with Jacoby. “If you did request a vegetarian meal in a restaurant, you could literally hear the chef shouting and throwing pots and pans around in the back. Those guys wouldn’t last a second in today’s climate.”

It’s 2018, and things are different now. Philly has become a bastion of vegan dining in America, from our vegan coffee shops and myriad fast-casual spots to fine dining concepts that treat vegetables as the main course.

Some of that has to do with veganism going mainstream across the U.S. More Americans are learning about the  environmental and ethical implications of industrial livestock farming and seeking to improve their health through a more balanced diet.

Chefs and restaurateurs are catching up to the demand, too: according to the website Vegetarian Resource Group, the number of all-vegan concepts has increased from 55 in 1993 to just under 1,000 today — and that doesn’t include vegetarian places or conventional restaurants that offer vegan options. 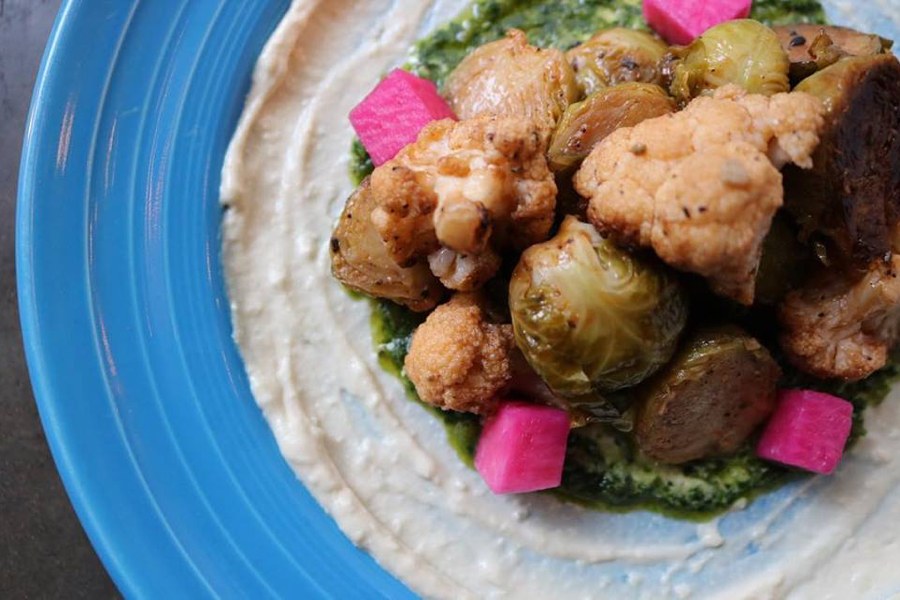 Now, a vegan diet doesn’t require a lifestyle overhaul or trips to an overpriced health food store. It’s something you can adopt for a month, a day, or a single meal — one that tastes delicious and just happens to not be made with ingredients from animals.

Despite that, one might expect Philly – with its diners, iconic pizzas, and love of bread smothered in cheese and meat — to resist such a trend. Instead, the city’s vegan dining culture has grown alongside, and heavily influenced, its vibrant omnivore offerings.

“I travel all the time looking for great ideas and great food, and I always come home craving the food here,” said Nicole Marquis, owner of vegan spots Hip City Veg, Charlie Was a Sinner, and Bar Bombon. “Philadelphia knows really good flavor and good taste…We’re making the food that we’ve always loved and making it plant based.”

Back in 1994, when Landau and Jacoby opened Horizons 45 minutes outside Philly in Willow Grove, they had to fight the stereotype of vegan food as sprouts and seeds — all ethics, no flavor, made by stoned Grateful Dead fans. “That’s how the world saw vegetarians,” he said, “so I tried to keep those labels as far away from my cooking as possible.” 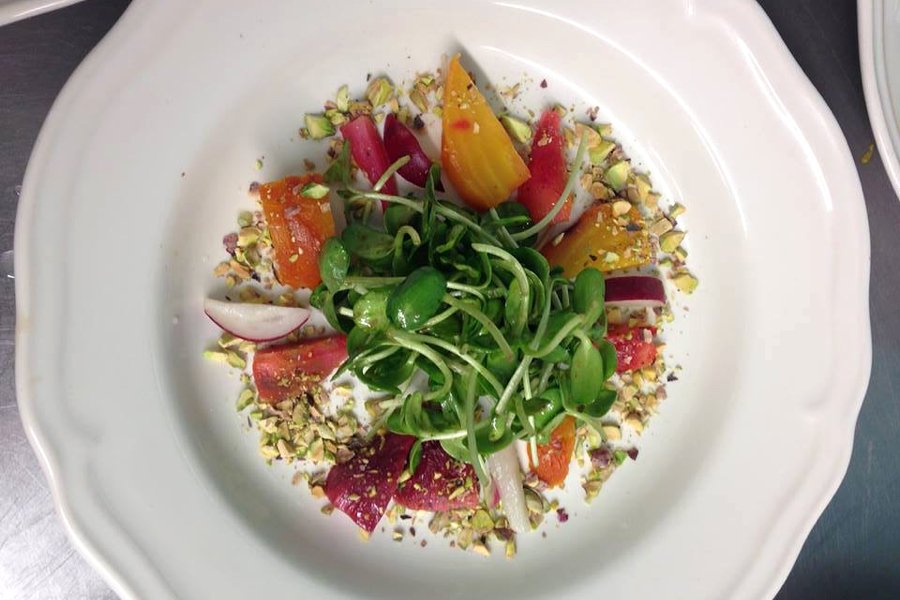 Landau and Jacoby relocated Horizons to Center City in the mid-2000s. In 2011, they closed it to open Vedge, which would offer a new kind of vegan dining experience — a place that didn’t make up for what it wasn’t, but celebrated what it was: a vegetable restaurant.

This approach appealed to a new kind of diner — one who may never have set foot in a vegan place, but who’d eat at a vegetable-focused one on par with the likes of Zahav and Vernick.

“That was the big change for us, creating the vegetable restaurant,” Landau said. It sounds simple when he explains it: “Vegetables are food, and people love food.”

She estimates that about half of her dinner patrons are non-vegan, eating out with vegan friends or partners, or dining with her out of curiosity or after hearing positive reviews. 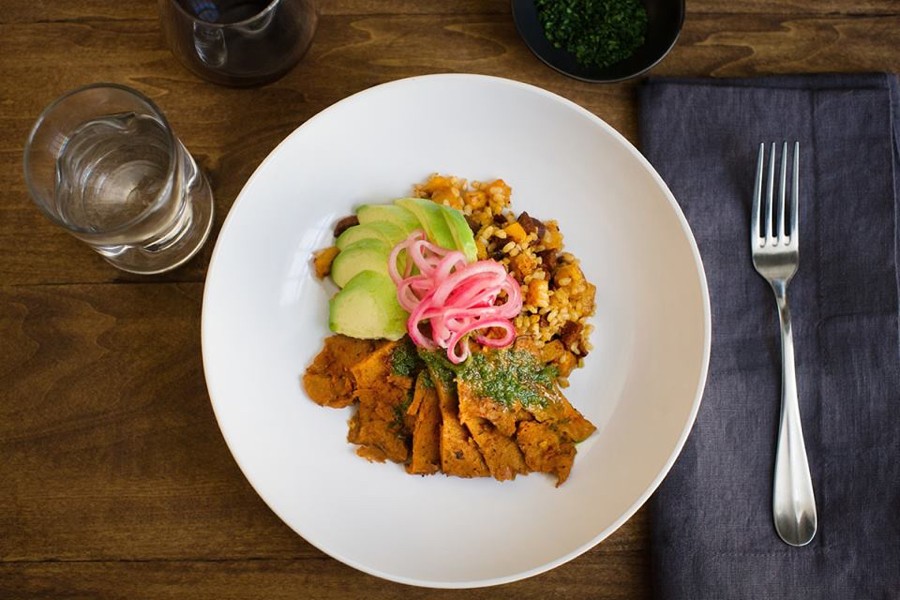 “I love that so much, that people are seeing us as a cuisine or just a nice place to have a great meal,” she said. “The adage here has always been, ‘Well, you don’t have to be Chinese to eat Chinese food.'”

Landau, too, is proud of the fact that, per his estimation, around 95 percent of the guests at Vedge aren’t vegans.

“Vegans and vegetarians will always be with us. But it’s the mainstream that I wanted to reach out to,” he said. Veganism is no longer seen an exclusive, extreme movement. Once plant-based dining became “something that was not an absolute,” he said, “then the floodgates opened.”

At the fast-casual Hip City Veg, Marquis makes a point to use familiar flavors to appeal to customers who may never have considered eating a meatless meal. One of their top-selling items is a crispy faux-chicken sandwich, modeled on what she grew up eating at fast-food joints before she became vegan.

Sofia Baltopoulos and Kate Hiltz had been cooking and catering vegan for years, but it wasn’t until the longtime Atlantic Pizza at 12th and Reed Streets went up for sale that they hit on another Philly food first: The Tasty, an all-vegan diner serving up big portions of comfort food in a space that had been a beloved neighborhood greasy spoon for three decades. 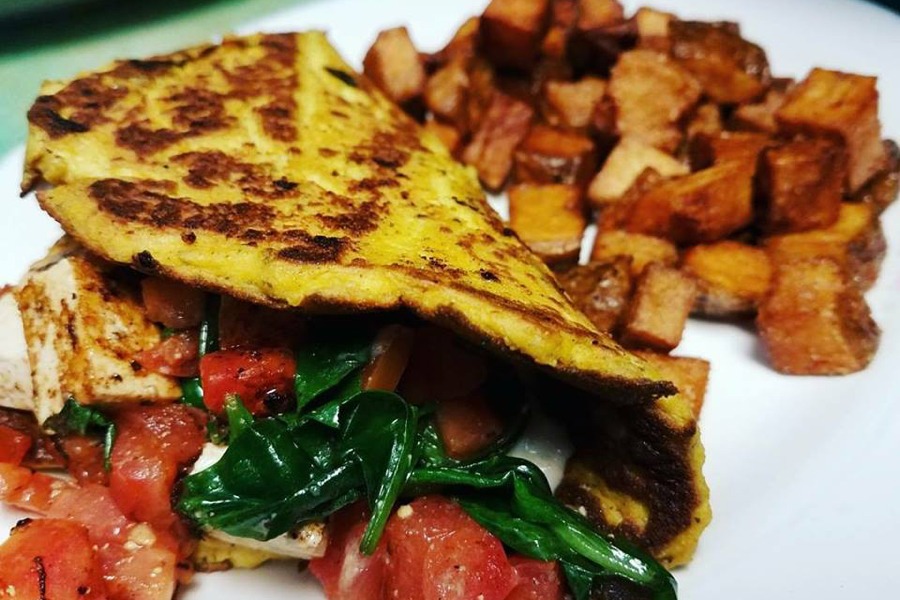 “Living in South Philly myself, and also being vegan, I found that there was definitely a lack of breakfast options,” said Baltopoulos, with a nod to Pennsport’s Grindcore House cafe.

“In Philly and Jersey, diners are a dime a dozen, but the only plant based options tend to be salads or French fries,” she said. “We really wanted to come up with a concept where anybody could come and find something they liked.”

Now, they have neighbors who come in every day and diehard vegans who will cross state lines to eat their vegan versions of biscuits and gravy and BLTs.

For his part, Landau forecasts a slowdown in new vegan concepts as the city’s restaurant scene as a whole experiences market saturation, labor shortages, and rising costs of doing business. Rather, he sees an increase in vegan options on menus as the city’s “new normal,” with more mainstream kitchens cooking up more vegetable-based dishes.

“Fork, R2L, and Serpico have serious vegan entrees. Places like Bing Bing are inviting vegans in with almost half of their menu leaning that way,” he said. “This is what modern dining has become.”

Klein agrees. “It’s sort of an anomaly to eat a place in Philly that doesn’t have something on par for vegans,” she said. “I think that speaks highly to demand and to chefs recognizing that [vegans] want to eat good food.”

More chefs who aren’t strictly vegan themselves are getting more into plant-based cooking, too. Hungry Pigeon chef-owner Scott Schroeder famously cut back his consumption of animal products to one day a week; his cooking at the restaurant reflects that. 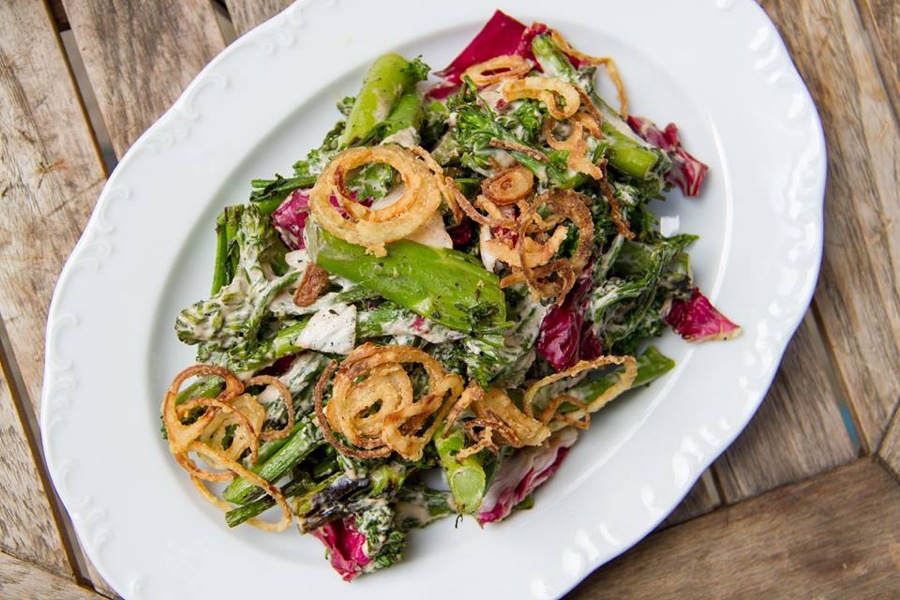 Vegan Commissary’s Damian Patterson Jr., a non-vegan chef who fell into cooking without animal products by chance, has come to see cooking with a focus on meat as limiting. As a chef, “not being vegan is an asset when trying to re-imagine dishes traditionally made with animal products. It’s easier to get close to the taste of the original dish.”

Even a red-hot restaurant group like CookNSolo has a vegan concept in its roster: Goldie, which opened on Sansom Street last year, offers falafel, fries, salads, and shakes — no animal products needed.

“Falafel is already vegan, fries are already vegan,” said Emma Richards, a Zahav alum who’s now general manager at Goldie. Only one thing was missing from the falafel joint trifecta. To create a dairy-free shake, Solomonov and his team were inspired by sweet sesame-based treat halva and looked to the creamy Soom tahini they use in their hummus. Now, their tahini milkshakes are one of the restaurant’s most popular items.

At Goldie, Richards said, “vegans seek us out as a place where they know they can eat everything on the menu, but people who aren’t vegan come because the food is good. It’s not just vegan, it’s delicious in its own right.”

Maybe it isn’t such a surprise that Philly’s vegan game is so strong during what’s undoubtedly a high point for its dining culture overall.

“Philly is a progressive city with really forward-thinking people,” said Marquis. “Yes, we’re the cheesesteak capital of the world and all of that, but I think that given the choice, even cheesesteak eaters know that plant based foods are great for you.”

And in her estimation, Philly’s vegan food scene is great because Philly’s food scene — period — is, too.