This weekend is the Newbold Blues Festival, featuring blues, yes, plus lots of BBQ and beer. 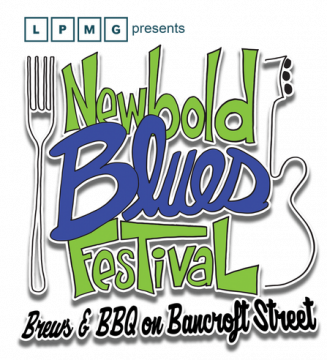 Blues, beer and BBQ. Could there be three more summery words? And this weekend, on Saturday, June 17, all three of them will be in Newbold for the first annual Newbold Blues Festival.

Are there gonna be bands? Oh yes, there will be bands. New Pony will be bringing the funk, KAND-D will be providing the soul, and The Blue Pharoahs, Shakey Lyman and Groovetown will be handling the blues. Can you tell which of those band names I made up?

No! It was Groovetown because Groovetown would be a terrible name for a band. But the rest of those guys? Totally going to be there, along with beer, food and family-friendly activities.

The beer will be coming from local breweries including South Philly’s own Brewery ARS, Point Breeze Brewing, Second District Brewing and Nodding Head all there pouring. Second District will even be debuting its special Newbold Blues beer just for this event. Plus, you’ll get to try cocktails by Billy Hines, the guy opening The Thirsty Soul — a church-themed craft cocktail bar opening at 1551 West Passyunk Avenue.

Food is coming from Mike’s BBQ (which might be the best BBQ in Philly), Grubhouse, the kitchens at Second District and Chaat And Chai which will be doing a little Indian-inspired BBQ.

The party will run from noon to 5pm on Saturday, on the corner of Bancroft and McKean Streets–conveniently, right next door to Second District. Admission is free. There’ll be beer tickets sold at the event or, if you want to save a few bucks, at upcomingevents.com for discounted prices.

But if five hours just isn’t enough fun for you, there’s also going to be an afterparty at Brewery ARS after the main event–where they’ll be unveiling their own specialty beer brewed just for the event.