Guess who's no longer welcome for dinner? 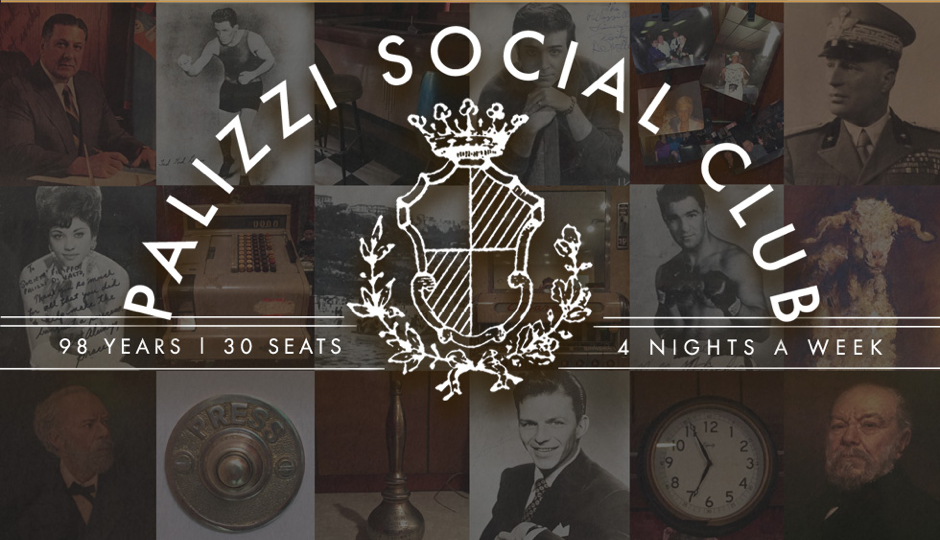 On Tuesday, I published my three-star review of Palizzi Social Club, the members-only and rules-bound South Philly joint which chef Joey Baldino (of Zeppoli in Collingswood) took over a few months back. Obviously, I loved the place. The problem? I wasn’t “supposed” to tell you about it.

See, Palizzi, being a social club, has rules. And one of those rules is “no reviewing”. Now personally, I have a problem with that. Palizzi being a restaurant where people are charged money for food puts it squarely in the zone of stuff I’m paid to write about. Further, it being a restaurant opened by Baldino — a very talented chef that I’m glad to have working in Philly — made it even more my business. Just saying you don’t want to be reviewed? That doesn’t mean you’re not going to be reviewed.

Still, Palizzi had rules. I’d read them. I’d understood them. I’m a big boy and I knew the consequences of what I was doing. And, unsurprisingly, I got this note from Baldino yesterday:

Do You Believe in Magic? Palizzi Social Club Reviewed

I want to start by thanking you so very much for the wonderful article today. It was totally unexpected and unnecessary, but I’m so happy that you understand Palizzi and really get what the club is truly all about at its core.

Upholding this family tradition has been a labor of love for me – like nothing else I’ve ever done professionally – and as a result, I haven’t sought out reviews for Palizzi since inheriting it from my uncle late last year. However, I have always admired your trailblazing writing and the things that you say. You push boundaries, set standards, are unafraid to take risks, and always keep your word. I respect you for doing what you believe in!

As you know, writing this review is a violation of our house rules, specifically #5. As acting president of the society, I have an obligation to make sure that all of our rules are enforced fairly. These are not only my rules, but were created by a core group of active members, voted on, and introduced into the by-laws before I inherited the 98-year-old club in 2016. They were drafted for the well-being of the society and its members as we prepared to expand our membership beyond those of Italian descent. Therefore, with no small amount of personal regret, I must revoke your membership on behalf of the society, effective immediately. After all, while the challenges of overseeing a members-only club are markedly different than those of running a restaurant, I really believe that if you don’t stand for something, you will fall for anything.

Other restaurateurs might think I’m crazy for sending this note to a famed and influential food writer and editor, but just as it’s clear that you understand Palizzi, I believe deep down that you will understand and respect this decision. Rather than a personal affront, I hope that you will see it for what it is: absolute honesty and standing for what I believe in, for the good of all of our members. It’s my hope that you will respect me more for it, just as I respect and appreciate your boldness in writing about the club – and your obviously heartfelt, and very kind, words about the food and atmosphere.

With my best wishes and deepest admiration,
Joey Baldino

So yeah, I had my membership revoked. And I’m totally cool with that. Honestly, I would’ve been disappointed in Baldino if he’d done anything less. As a grown-ass man and professional troublemaker, I understand the necessity of rules. And I also know when it’s worth breaking them. For me, the importance of writing about this remarkable place and sharing my experiences there outweighed the membership card in my other hand. It was one of the easiest decisions I’ve ever made. And I respect Baldino for standing up and doing what he thought was right.

That being said, there was one thing that gave me pause.

The best thing about going to Palizzi is stepping through that heavy door for the first time. It’s all about the nervousness of going somewhere unknown, of seeing something unexpected. And I also got a different email from Thomas Pacific — a reader who, in the course of pointing out that I broke the rule against being a dick as well, described that moment beautifully.

“I am not a member of Filippo Palizzi Club, but I have been there as a guest. I am willing to admit that this feeling of “gimmick” comes over you when you are first entering and I kind of scoffed at my friend over the pretentiousness of the process – until you actually enter the bar. There is a feeling you get when you see the old wooden bar, and sit in the old style chairs and look at a menu that you had no idea about. It’s not that you’re “in on” a secret, but that is part of it, and it’s not that it’s necessarily “cool,” though that is part of it too – it’s that in an era where there is so much information out there about a bar or restaurant that you almost don’t have to go to it to experience it, it is difficult to experience a place without any preconceived notion or expectations – and you just took that away for a lot of people.”

And yeah, that does suck. That is the only thing I regret here. Because that moment? It truly is special.

But hey, if we’re going to be calling names, we should at least be honest. There’s nothing secret about Palizzi. I wasn’t even the first to get inside the place and look around. 6ABC was there with their cameras long before I was. Food bloggers wrote all about the place opening. Palizzi has PR and professional photos that they distributed to the press. They’ve got a website that details the membership policies and the menu.

And anyway, doing exactly what Pacific accused me of? That’s my job, the length and breadth of it. I do it at every restaurant I write about. Every review comes with implied spoiler tags, and the only thing different here is that Baldino has publicly cultivated a certain air of mystery and exclusivity around Palizzi. The door, the membership cards, the barriers to entry? It all serves to make the place feel like it’s a little bit yours once you’re on the other side of the door. That’s part of its magic and part of what makes it special.

So yes, I’m the asshole. And I can live with that.

I’m just sad I won’t be able to wash away my sorrows with another cocktail at Palizzi’s bar, some raviolo and another round of Louie Prima songs from the old men with their guitars.

Do You Believe In Magic: Palizzi Social Club Reviewed [f8b8z]