After Two Decades, Anastasi Seafood Finds a New Home in the Italian Market

Restaurant Neuf is closing its doors this weekend and, sometime in early fall, South Philly's long-lived seafood market and restaurant will take over. 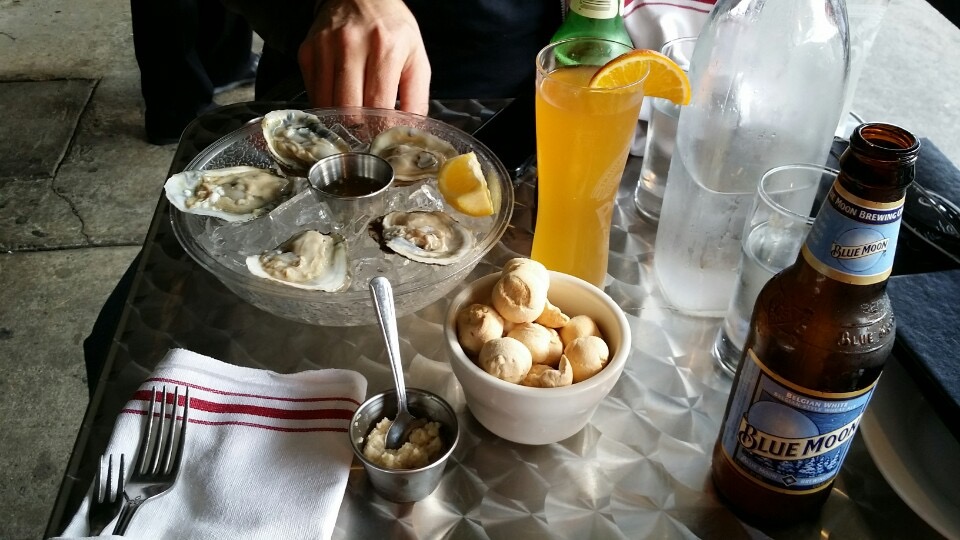 Anastasi Seafood is a Philadelphia tradition, an Italian Market institution famous for its friendly service and quality seafood market, plus its lovely restaurant and bar with fun happy hour specials and outdoor seating. The family-run operation (over 80 years old) is currently helmed by fourth generation owners Janet Stechman and Salvator Anastasi, a brother and sister team who grew up on 9th Street vending crabs from their living room. Janet claims to know every crack on the 9th Street sidewalk.

The family had two stores — one at 1039 South 9th and the other at 905 South 9th  — before they moved to their current corner location at 1101 South 9th Street in 1996. And after over twenty years selling crabs and shucking oysters from that very corner, Anastasi Seafood will close up shop to make way for an ambitious, five-story mixed-use building featuring 70 apartments, underground parking, and an estimated 18,000 square feet in retail space.

But as the saying goes, when one door closes, another opens, and Restaurant Neuf, Joncarl Lachman and Bob Moysan’s French-North African bistro, will close its doors for good this Sunday, April 30th, after brunch service.

Which means there’s a door left open for Janet and Salvator.

Lachman says he just couldn’t make the 943 South 9th Street space work despite putting forth some serious efforts to breathe new life into it (he even parked an antique Citroën out front to spiff up the restaurant’s facade). The Market’s everlasting struggle with cleanliness and a neighborhood-wide unwillingness to improve turned what could have been a lovely little addition to our restaurant scene into yet another victim of its surroundings.

But the Anastasi crew is hopeful. As Janet put it, they’re “very 9th Street”, and that sort of familiarity and experience with the neighborhood might do the location some good.

When they eventually relocate (late summer/early fall), the set-up will be a bit different — they’re separating the restaurant from the fish market. The market will relocate up the street to 1039 S. 9th Street (what used to be Hollywood Meat Market) where they’ll keep South Philly’s crab vending tradition alive, dishing them out right from the street. The Neuf space will turn into a restaurant and bar similar to what they have going on on Washington Avenue — buck-a-shucks, outdoor seating, and brunch.

As for Lachman, look for him at his other restaurant, The Dutch, where he and his partner Lee Styer (Fond) will launch weekend dinner service on May 19th.