When I heard that Aldine was changing its menu format, I thought maybe that meant the menu would no longer feature stupid colons in between ingredients (like sorry but,”sugar snap peas : pickled chili : smoked almond milk : rhubarb,” just does not look right). But alas, that was too much to hope for. Instead, Aldine is abandoning its unique tasting menu, which was divided into either the “omnivore” or “herbivore” menu, in favor of a more traditional format.

Some example first courses (which are $9-$15) include chicken liver mousse with raisin mustard, peanuts, and grilled bread or the charred spring onions in romesco sauce served with radish and hazelnuts. Second courses (also $9-$15) include options such as spicy grilled octopus with fava beans, grapefruit and mâche, and spring pea soup with pickled ramp, yogurt and chili oil. Third courses ($18-$25) are dishes such as potato gnocchi with shell beans, fresh ricotta and whey broth, and strip steak with potato and marrow croquette, asparagus and tarragon.

Every menu section has dishes that are or can be made gluten-free, vegetarian or vegan, because this is America. 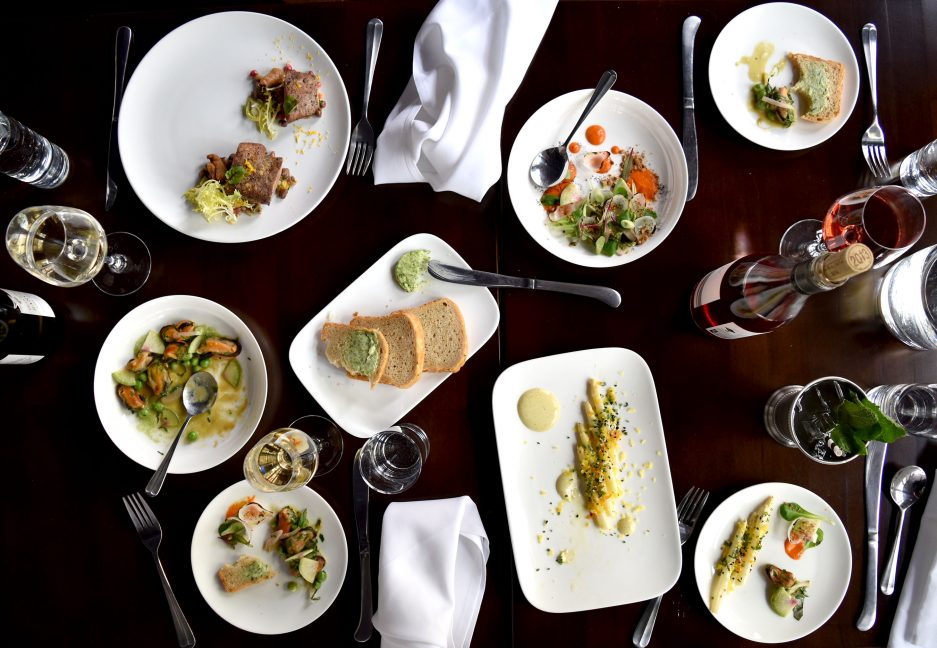 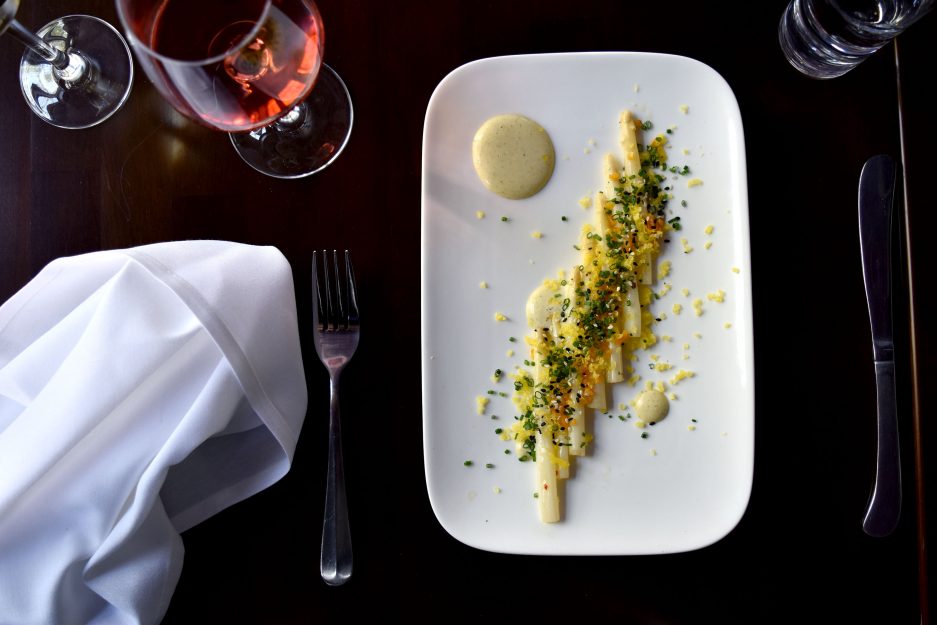 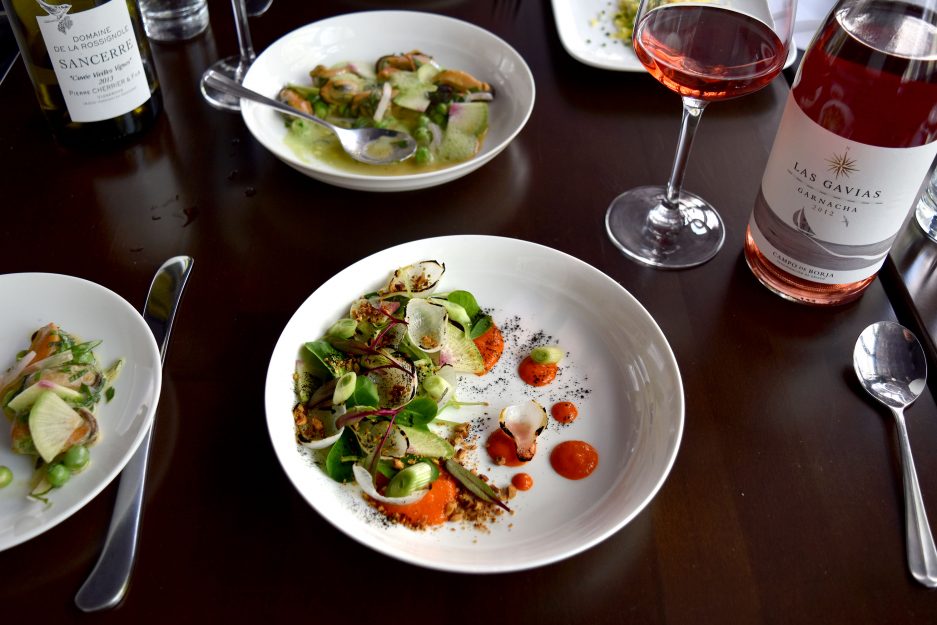 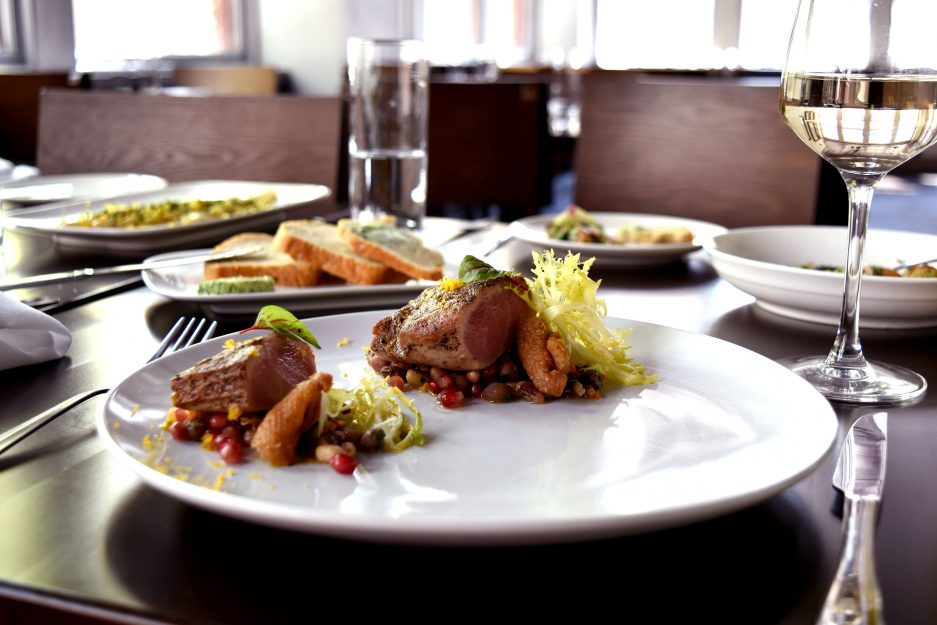 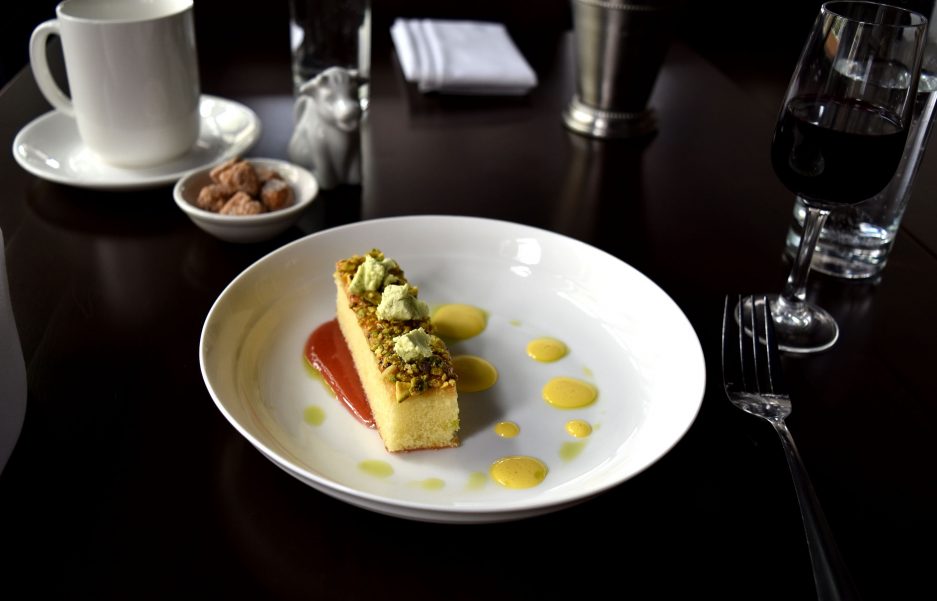