Inside the Coach-QB Dynamic With Nick Sirianni and Jalen Hurts

What viewers may have found awkward was just business as usual for Nick Sirianni and Jalen Hurts. 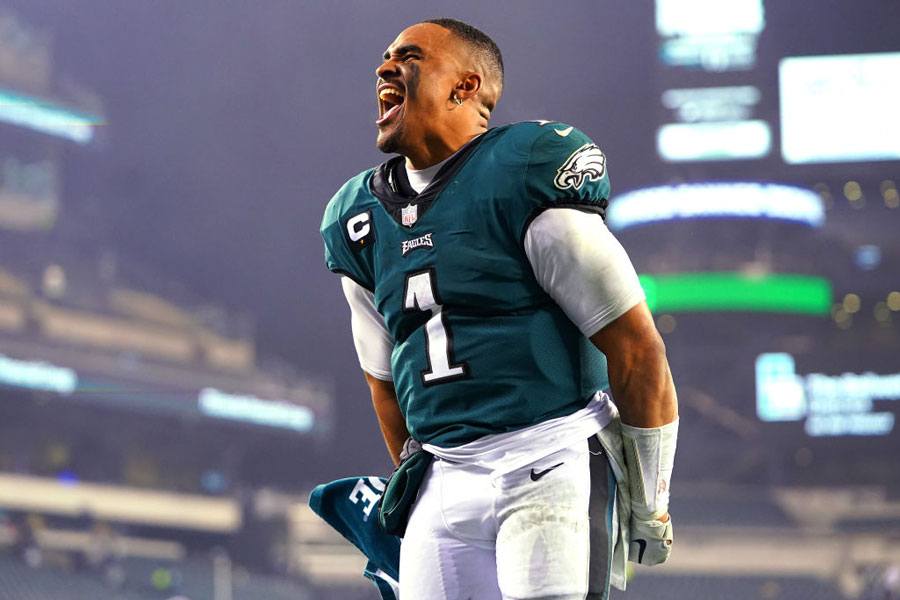 The narrative might have been far different Wednesday had the Eagles not recovered from a sloppy start in what turned out to be a workmanlike, 27-17 win over the COVID-19 ravaged Washington Football Team during a rare Tuesday night game.

The enduring image would have been head coach Nick Sirianni verbally dressing down quarterback Jalen Hurts after a careless fumble in the first quarter, something that contributed to an early 10-0 advantage by the outmanned WFT.

Sirianni wasn’t being shy when the television cameras caught the exasperated coach raising his voice as his always even-keeled signal-caller passed by.

It would be an interesting experiment to find a control where the Eagles’ early sluggish play would lead to ultimate failure but at Lincoln Financial Field this night, everything was Kumbaya afterward with both coach and QB adding context to what might be the most important relationship in the sport.

“Jalen’s dad coached him hard and my dad coached me hard,” Sirianni explained, “so I think Jalen responds to tough coaching. He likes tough coaching, and I wasn’t going to back down on him. I thought he was careless with the football, and I let him know that and we are just honest with each other. Sometimes it comes off as we’re just talking through it and sometimes I’ve got to deliver the message a little bit different.”

That tough-love approach and Sirianni’s sentiment behind it was essentially confirmed by the QB1 who even went so far to explain he’s not the stereotype of the modern athlete, weaned on participation trophies and constant encouragement no matter the outcome.

“I’ve been telling [Sirianni] all year that I’m a coach’s kid,” Hurts said. “Basically, all the coaches’ kids out there know what that means. It means they’ve been coached. They’ve heard everything.”

For Hurts “everything” started at Channelview High School in Houston with his father Averion. With Sirianni, it was Fran Sirianni in Jamestown, N.Y.’s Southwestern Central.

Those distinct but similar upbringings collided in South Philadelphia after a 16-day pause — 23 for Hurts himself — resulted in two early turnovers, the first of which wasn’t even the quarterback’s fault.

Still, Sirianni didn’t like the carelessness and didn’t want it multiplying.

“He had two turnovers early and the first one is not his fault,” Sirianni noted. “He played a great football game today. One of the best football games I’ve seen him play and so what an unbelievable job by him of — what did he say? Flush it, don’t look at it, flush it, and then move on.”

While outsiders may have considered the optics of the coach yelling at his most important player as over the top, it was business as usual from Hurts’ perspective.

“In high school, I lived with the guy that was chewing me out,” Hurts said. “I made it clear to [Sirianni] all year, ‘You know, you can get on me a little bit.’ So after the fumble, he came up to me and said what he had to say. Then later on in the game, he comes back and jokes with me and says, ‘I guess I’m just going to start coaching you like your dad coached you.’

“So it was a funny moment. Whatever he said worked.”

In many ways, that’s what a special bond is in football — awkward for those on the outside looking in and just another day for those trying to improve.

“When you have a good relationship with your quarterback, you’re able to have those tough conversations like that,” Sirianni said. “We moved on and he played a great game from there on out.”