The Eagles’ young coaching staff is at a crossroads when it comes to the chicken and the egg of players vs. scheme. 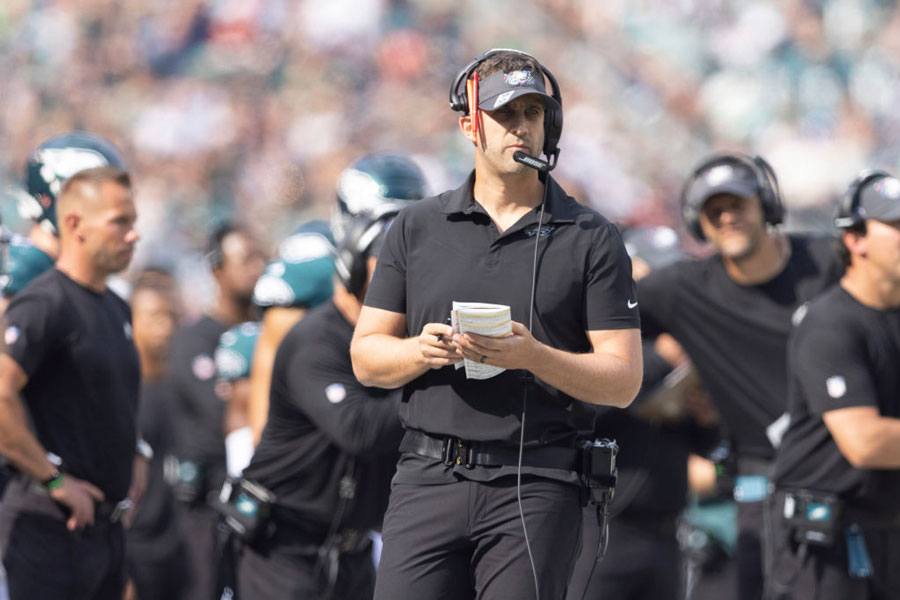 If you’re hiring a scheme you’re doing it wrong.

That’s a little piece of advice spoken by too many NFL executives to count over the years, a nod to the theory that the best coaches are malleable and adjust what they’re doing to accentuate the strengths of the players at their disposal, while masking as many deficiencies as possible.

It’s certainly necessary to have core philosophies as a coach and to chase the personnel to fit what is essentially the coach’s DNA as a teacher. But professional football is not a game that allows for perfection, so mentors who pound the square peg in the pre-manufactured round hole are always going to be behind the curve of those who excel at tailoring things to what’s available during a given week.

The Eagles’ young coaching staff has been pitched as the latter, and that seems to have played out over the first month of the season with the game plans on both sides of the football morphing for the opponent on the schedule. The coaches themselves have often paid lip service to that sentiment as well, with defensive coordinator Jonathan Gannon doubling down again on Tuesday.

“I don’t have a scheme,” Gannon said when asked about his patience level with players learning his defense. “Our scheme should be to put our 11 guys on the field in the best position possible to succeed.”

“We do have a scheme. And we do fit — we do have players that fit our scheme and vice versa,” Sirianni explained. “We try to fit our scheme for our players. And that just changes. That’s why I just don’t get too caught up in all that.”

Gannon and his defense haven’t had an easy time of it over the past two weeks as the competition has ramped up with two very explosive offenses in Dallas and Kansas City. The result has been 76 points allowed (seven taken away due to Jalen Hurts’ pick-six in North Texas) and 851 total yards.

“I think we’re all pissed off about the last two games,” Gannon said. “We haven’t played great on defense. That’s evident. And that starts with me, and it starts with the coaches.”

One of the biggest issues has been the use of personnel, perhaps too much 4i technique for Fletcher Cox and too much zone for Darius Slay.

Slay noted that he would prefer man coverage but remains on board with Gannon’s preference for now.

“Of course I love man [coverage], but whatever coach needs me to do I’m gonna do it. Give my best ability and go out hard,” Slay insisted.

Gannon is also taking on water from the fan base who believe aggression is the only way to go after watching defensive minds like Buddy Ryan, Bud Carson, and Jim Johnson during a different generation of football.

You never want your boss to feel you need a vote of confidence after only four games, but Sirianni offered one for Gannon.

To do the fixing, maybe it’s time for a self-scout in order to point back to the original plan: players before scheme.