State Rep From Philly Wants to Drug-Test His Peers

Angel Cruz, who represents West Kensington, is again pushing a bill that would require Pennsylvania elected officials to submit to drug testing. “It puts the fear of God in everybody,” he says. 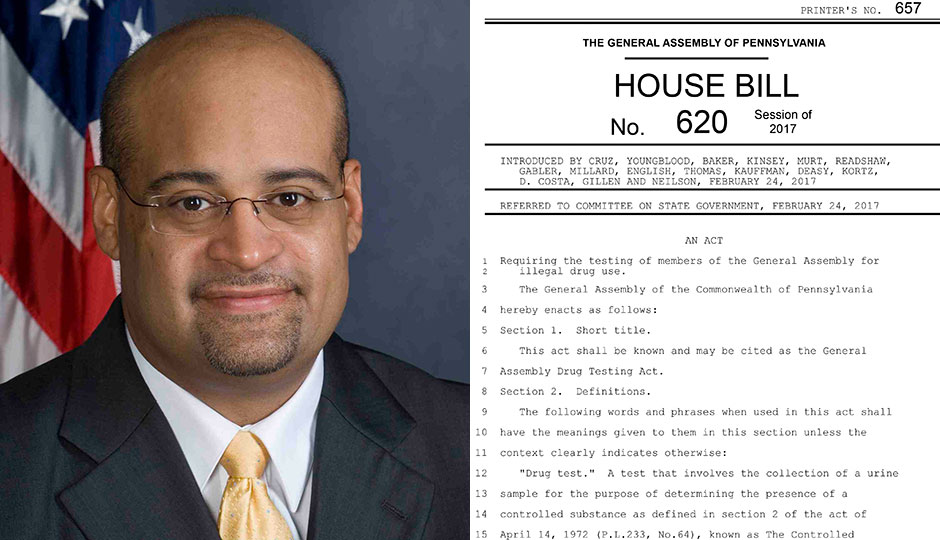 Over the weekend, Congress approved a bill that would allow states to subject those on unemployment to random drug testing. President Trump has said he will sign the bill.

So far, Pennsylvania does not drug-test recipients of any public assistance, whether it’s welfare or otherwise. But there is bill, in the state House of Representatives, that would subject one group to drug testing: Pennsylvania lawmakers.

It’s the brainchild of state Rep. Angel Cruz, who represents Pennsylvania’s 180th District (mostly West Kensington and parts of neighboring areas). He’s heard for years of lawmakers in Harrisburg who want to drug-test those receiving government assistance. So, several years ago, he decided if lawmakers wanted to drug-test those on welfare, why not drug-test lawmakers too?

“If we’re going to be lawmakers and we’re going to test people getting public money,” he tells Philadelphia magazine, “I think lawmakers should be the first ones. Let’s get the legislators tested, too, to set an example.”

The 2017–18 session is the third time Cruz has pushed for a such a bill. House Bill 620 would test members of the General Assembly (the state House and Senate) within three months of being sworn in to office, and every time they’re re-elected. Payment for drug testing would be the responsibility of each individual lawmaker.

Lawmakers who test positive — or refuse to take a test, or tamper with their drug test results — would be subject to an ethics investigation. Drug test results would be in the public record.

Cruz, a state representative since 2001 who is president of the National Hispanic Caucus of State Legislators, says he got the idea from Puerto Rico, where lawmakers are randomly drug tested.

“They do this at the call of the speaker and the call of the senate president at random,” Cruz says. “He’ll walk in and say, ‘We’re doing drug testing today.’ It puts the fear of God in everybody.”

In 2011, Puerto Rico Rep. Rolando Crespo stepped down after a drug test showed he’d used cocaine. “I went through an isolated incident and I have paid for it,” Crespo said at a press conference.

Though this will be Cruz’s third shot at drug-testing lawmakers, it seems unlikely to pass. Lawmakers love pushing for drug testing, but always exempt themselves. Last year, a West Virginia lawmaker attempted to pass an amendment that would drug-test lawmakers. It was ruled “not germane.” W.Va. State Rep. Shawn Fluharty said lawmakers were acting “above the laws we pass.”

Cruz says he’s only in favor of drug testing for public assistance benefits if everyone is tested, including elected officials.

“If you’re going to do that, it should go clear across the board, everybody,” he says. “Lawmakers — and everybody that takes any kind of assistance or whatever — we want to make sure that we’re not supporting their drug habits.”