Philly Voice’s Brian Hickey was broadcasting live from a site where coffins from the 1700s were found. 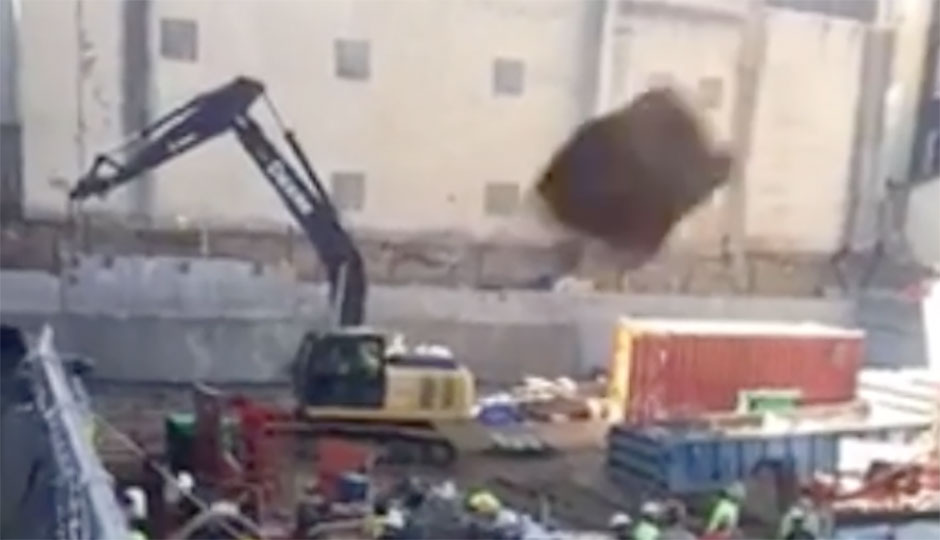 A still from the Philly Voice Facebook live video.

Workers digging at the future site of a new condo building on Arch Street near the Betsy Ross House found several coffins on Thursday.

CBS 3’s Anita Oh reported that the workers found more than 50 remains at the site, likely from the 1700s. Rutgers-Camden archeologists will work on figuring out who these remains belonged to.

Reporters swarmed the construction site after word got out that there were remains being dug up. One of those reporters was Philly Voice’s Brian Hickey. He was actually filming a Facebook Live video when a construction worker pelted him with a solid ball of dirt.

“Yo! I’m the news,” Hickey yells after the impact. “Why are you throwing dirt at me?” The worker asks him why he’s filming, and Hickey replies, “The scene.” Another voice, off-screen, tells Hickey he’s on the property and needs to move.

I made a GIF of a construction worker hitting @BrianPHickey with a rock. https://t.co/w2LKRmtBzo pic.twitter.com/kq8jQyRvFF

Hickey said he was busy working on an article, and couldn’t comment at this moment. (His story checks out.) But he tweeted that he’s planning to file a police report. “Really hope that guy has warrants out for him,” he added.

Our photographer found a vantage point where he won't get pelted with dirt for doing his job. pic.twitter.com/425X9ZE64L

This followup tweet from Hickey was very funny. On another note, that construction worker had excellent aim. That was unfortunate for Hickey, but if the Phillies are stuck with injuries this season, they know where to turn.