A four-alarm fire gutted the AFC Fitness on Grant Avenue in the Northeast on Monday. The company says it will rebuild. 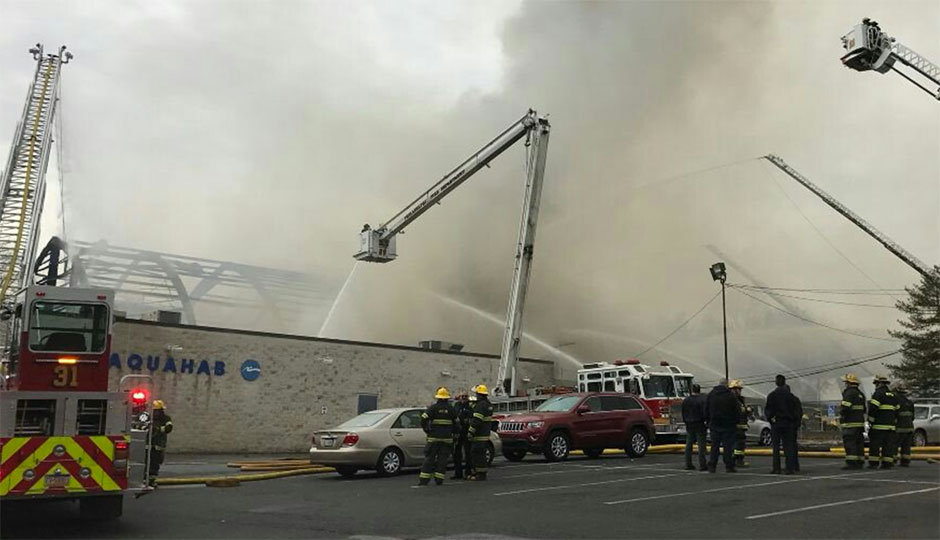 The president of the Northeast Philadelphia gym that burned down on Monday says the company will rebuild.

The fire broke out at the AFC Fitness on Grant Avenue in the Far Northeast around 11:15 a.m. The blaze eventually grew to four alarms, and at least one person was transported to the hospital. A member told Channel 6 the blaze, which began on the roof, engulfed the gym in just five minutes.

The @PhillyFireDept never seems to take a break even after the flames disappeared. pic.twitter.com/q3IhJYOxOL

“The Grant Avenue location will remain closed until further notice while we assess the damage and determine our path forward,” President & CEO Matt Littman wrote in a statement. “At this time, we can ensure you that we will rebuild the Northeast Philadelphia location – and we will update you on the progress every step of the way.”

Members are encouraged to use the company’s other locations in Jenkintown, Feasterville, and Bala Cynwyd in the meantime. The Feasterville location is about 20 minutes away from the Grant Avenue one; the Jenkintown location about a half hour away.