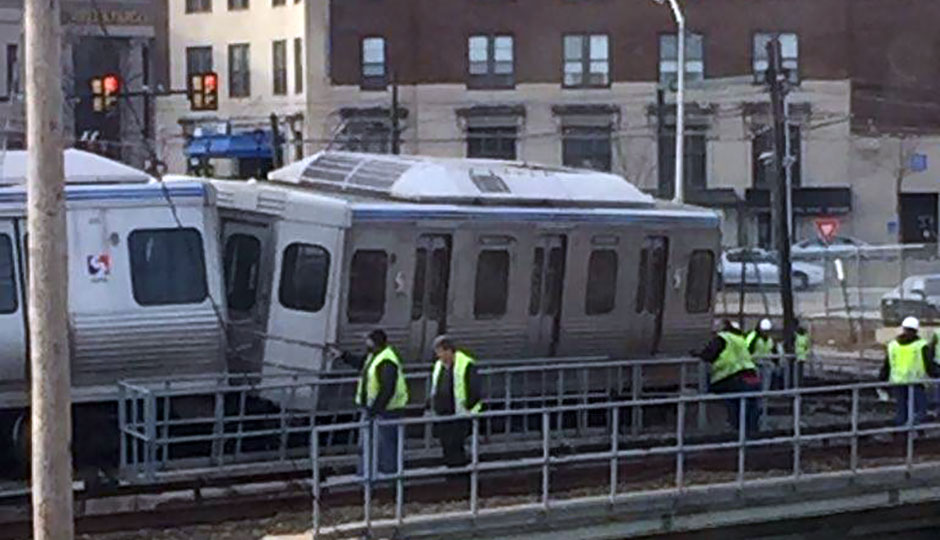 The crash happened sometime around 8:30. SEPTA says two “non-revenue” (not-in-service) trains were involved in an accident. About 18 cars were involved in the collision, six of which derailed. Police say the collision was not head-on; one train struck another from the rear, which led to a third train becoming involved.

“At the scene there were four people taken to area hospitals for treatment and evaluation,” said Upper Darby Police Superintendent Michael Chitwood told CBS 3. “I was at the scene and none of them appear to be serious.”

Despite this statement, SEPTA later said that the conductor of one of the trains is in critical condition.

SEPTA released a brief statement on the crash: “Officials are currently investigating an accident involving non-revenue Market-Frankford Line trains near 69th Street Transportation Center. Service is operating with shuttle buses between 63rd Street and 69th Street Stations. Delays of up to 20 minutes are expected.”