Pat Toomey Is Moving His Philly Office to Old City

If possible, senators’ home-state offices are supposed to be in federal buildings. Pat Toomey is moving his to the Custom House. 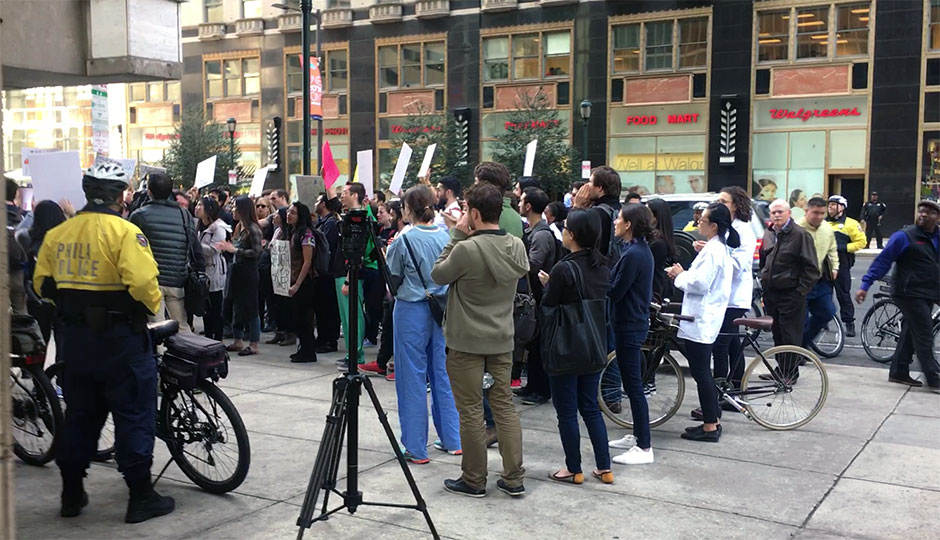 A protest outside of Pat Toomey’s office at 17th and JFK earlier this month. | Photo: Dan McQuade

Typically, the relocation of a regional Senate office one-and-a-half miles would not make the news. But ever since the election of Donald Trump, a group known as Tuesdays with Toomey has been protesting outside his offices in 8 Penn Center (17th and JFK) every Tuesday.

That hasn’t been the only group protesting outside the normally sleepy office, which also has a state liquor store on the ground floor. Earlier this month, a group of med students from various universities in Philly gathered outside to protest.

In the release, Toomey’s office said it had been looking for new office space since March of last year. The U.S. Code says senators’ home-state offices should be in a federal building or post office if there is space available.

The United States Custom House is an Art Deco building constructed in the early 1930s at 2nd and Chestnut streets as part of the WPA.