There’s been a slight uptick in car thefts in South Philly’s 3rd Police District — and more than half were taken while the car was left running. 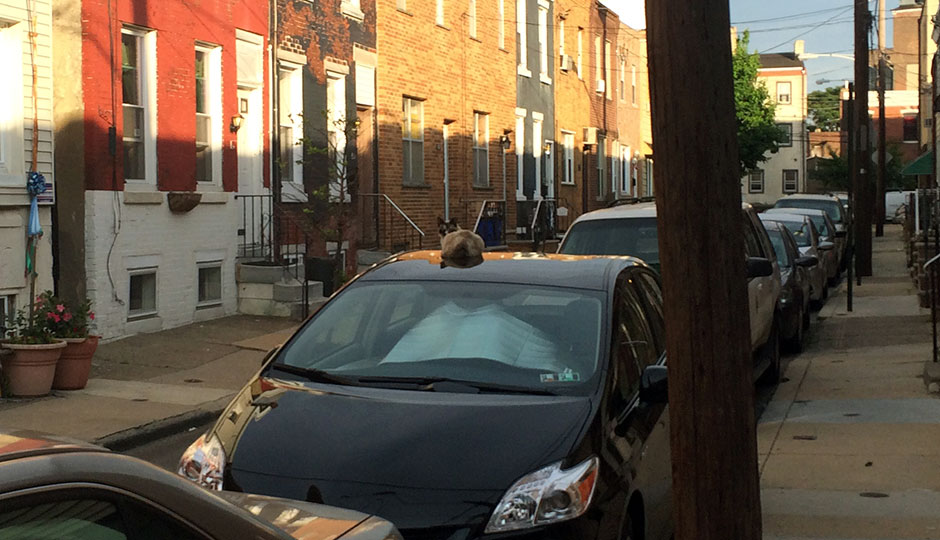 A cat on the roof of a car (that has not been stolen) in South Philadelphia | Photo: Dan McQuade

Police have a message for car-owning residents of South Philadelphia: Don’t leave your car running.

According to the Bella Vista Neighbors Association newsletter, police have noticed an uptick in car thefts on the eastern half of South Philly this year.

In the last 30 days, 41 cars were stolen in the 3rd District, which goes from the river to Broad and Bainbridge to the stadiums. Police report that 25 of them were stolen with the keys in the ignition and the motor running. “Police advise drivers, including delivery drivers, to take keys with them and skip warming up the car or truck,” says the newsletter.

Car thefts have dropped largely because cars are now much harder to steal. A 2016 study in The Economic Journal found that the introduction of the electronic immobilizer — a device that prevents the car from starting unless the correct key is present — dropped car thefts by 40 percent between 1995 and 2008.

There’s also less demand for car thefts. Since newer cars are harder to steal, most stolen cars are old ones. This means fewer chop shops looking for stolen cars. Additionally, fewer stolen cars means more police officers to investigate the auto thefts that do happen — which means car thieves are more likely to get caught nowadays. “You saw a dramatic impact on the professional car theft rings, the chop shops and all that,” Roger Morris, vice president of the National Insurance Crime Bureau, told The New York Times in 2014.

Philadelphia Police communications did not immediately return a request for comment about the uptick in car thefts in South Philly. The Bella Vista newsletter also said 68 thefts from autos were also reported in the 3rd District in the last 30 days.