I Love My Job: Preston and Steve Producer Marisa Magnatta on Her WMMR Career

She tells us what it's like to be a part of Philly's most popular morning radio show -- and why you should never, ever give her one of those newfangled paper straws. 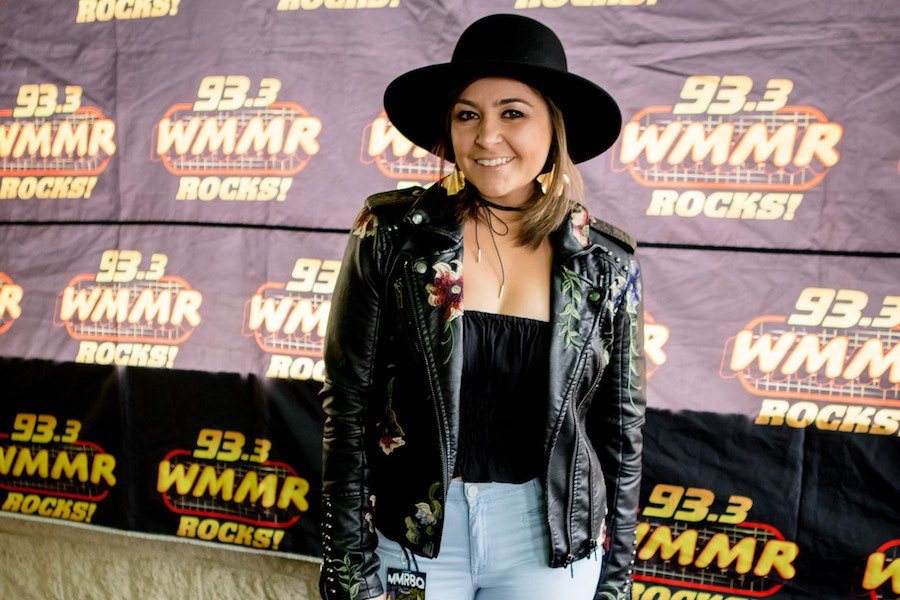 We love WMMR’s Preston and Steve Show. Earlier this year in the magazine, we featured the irreverently hilarious show’s namesake hosts, Preston Elliot and Steve Morrison, in honor of their 20th year on the airwaves together and as a salute to WMMR’s 50th — yes, 50th!!! — anniversary in Philadelphia. But for this edition of our weekly I Love My Job series, we wanted to reach out to the woman whose role on Preston and Steve is more behind the scenes (although she gets in plenty of on-air quips): 35-year-old Preston and Steve producer Marisa Magnatta.

I grew up in… Villanova and Gladwyne. And I went to school at Springside in Chestnut Hill. My mom would hate that I’m saying this, but I was a latchkey kid for a while. I’d come home and watch a lot of TV, and that really pointed me in the direction of the job that I have now, which requires a lot of pop culture knowledge. I got that from Pop-Up Video and Nick at Nite.

These days, I live in… Center City. When I came home from college in Boston, I moved home for another year and then moved in with my brother in Manayunk. He got me out of the house, which was awesome.

I got my big break when… a morning show intern on a WMMR show had to leave to get surgery. I was already doing an internship in the promotions department, but when I heard he had to leave, I wrote this two-page letter to the guys on that show begging them to let me fill in. I interned, and then I was hired as a part-time producer, and then Preston and Steve were coming over from Y-100, and I was hired for that show.

The best thing about my job is… literally everything. It’s like a dream job that I never knew was my dream job. It’s fun, I work with awesome people, I get to go to a lot of concerts, and I meet great people all of the time and I get to be a part of people’s lives every day.

The worst thing is… the hours. I’m at work at 5:30 a.m., which really isn’t that bad. And then I’ll stay until as late as 3 or 4. I’m obsessed with my job, so I just keep working. The really hard part is finding somebody who wants to go to happy hour at 3:30.

My first job in life was… as a lifeguard at the Belmont Hills pool, when I was 16. My brother was going to Woodstock ’99, and I got my certification so I could cover for him so that he could go.

I went to college… to have fun and get out of the house.

The first concert I went to was… the Beach Boys at Valley Forge Music Fair. I was in fourth grade. But the first concert I went to without my parents was Phish at the Spectrum in 1997, when I was a freshman in high school. My next big concert would have been Metallica next week, but we’re going to be on a plane to London. We’re all going out to cover the Eagles game there.

The most famous person I’ve met is… Bradley Cooper. He’s been in the studio a bunch, and I most recently interviewed him for A Star is Born, which I’ve now seen three times. I love it. Amazing.

The success of the Preston and Steve Show boils down to… the fact that we’re just friends sitting around and talking. We’re real people. We’ve grown up with the city.

One game you will never beat me at is… Asshole, the card-drinking game.

For my last vacation, I went to… Cuba for ten days. One of the best vacations I’ve ever taken in my life.

I am deathly afraid of… people not liking me.

My favorite Preston and Steve stunt of all time… was when we dropped 10,000 marbles down the Art Museum steps when the Phillies made their 10,000th loss.

My job at Preston and Steve involves… lots of behind-the-scenes stuff. Social media, phones, archiving, audio editing, prepping, some scheduling. Basically, making sure everybody’s having fun. There’s so much that goes on. 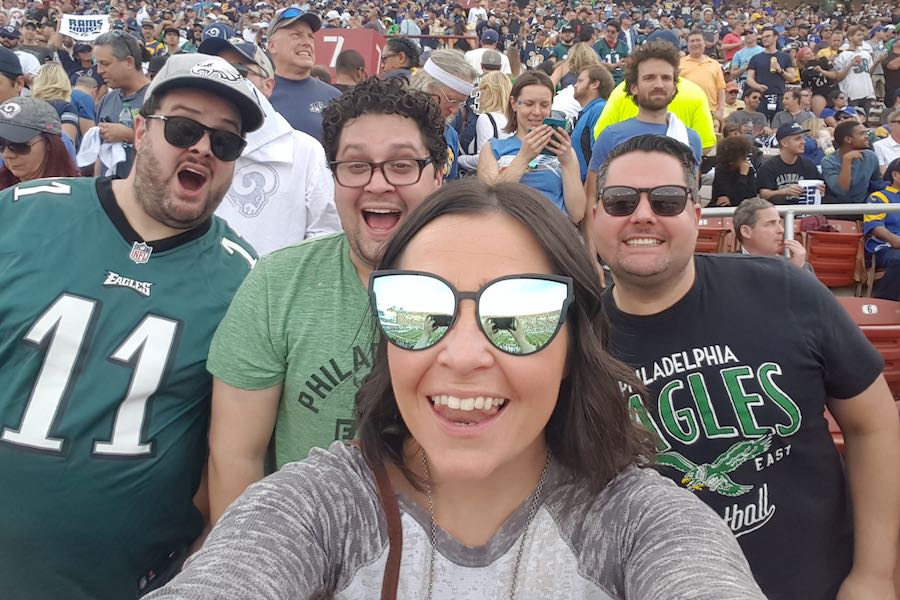 This year, the Eagles look… OK. Not as exciting as last year, but they still have promise. Especially after that Giants game.

The last time I pulled an all-nighter was… over the summer. We drove from a punk festival in Ohio and I got dropped right off at work. Kathy was walking by me in a cute little spring outfit while I was getting out of the car shaking mud off my legs.

My standard Wawa order is… a grilled cheese with tomato at three in the morning. I’m a vegetarian. At Wawa, you order a cheese sandwich and get it toasted, and that’s basically a grilled cheese.

One TV show I cannot live without is… The Simpsons. I still love it.

My own personal opinion on Gritty is… that I am still skeptical.

If you’re pouring me a drink, make it a… Tito’s and water with a lemon and lime. Oh, and a plastic straw, please. I walk. I take public transportation. I ride a bike. I conserve water and electricity. I will save any animal. I’m a vegetarian. Just, please, give me a plastic straw.

My secret talent is that I can… remember every single Seinfeld episode.

One household chore I hate is… dusting or laundry or anything else that has to do with cleaning.

Ten years from now, I hope I will be… sleeping. Definitely sleeping.