The Philly born and raised powerhouse talks about the Bill Cosby sentencing, why she’s suing Walmart and the number one thing she does to relax. 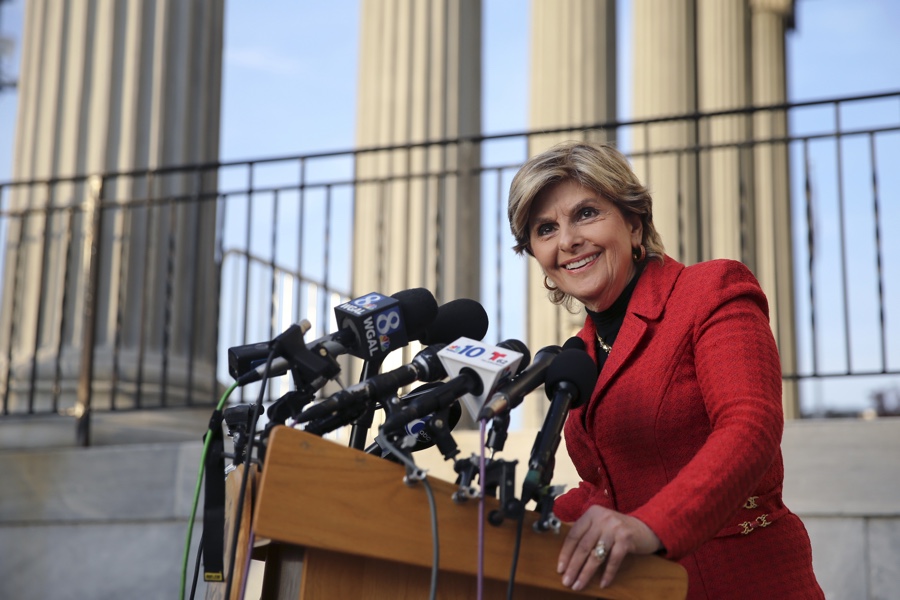 Gloria Allred, the attorney for some of Bill Cosby’s accusers, listens to a question after a hearing in Cosby’s sexual assault case at the Montgomery County Courthouse on Wednesday, Nov. 2, 2016, in Norristown, Pa. The prosecutor in Cosby’s sexual assault case says the entertainer’s lawyers are putting the names of some of his other accusers in public documents in an attempt to intimidate them. (AP Photo/Mel Evans)

On the eve of Bill Cosby’s sentencing hearing, powerhouse advocate Gloria Allred, who is representing pro bono 33 of the women accusing the comedian of sexual assault, made her way to Philadelphia to deliver remarks at a press conference. She spoke firmly on Cosby’s impending sentencing, the sexual assault allegations against Supreme Court nominee judge Brett Kavanaugh and more. She then brunched with a group of women and invited guests of the Philadelphia women’s network The Walnut Club.

On Cosby, Allred was clear: He should get a substantial amount of time behind bars. He should not receive probation, house arrest, nor be freed on bail pending appeal. “Judgment day has finally arrived for this convicted sexual predator who betrayed the trust of so many women,” she told the press corps, with two of Cosby’s accusers at her side. And for all the women who showed up to dine with her, Allred — in one of her signature red pantsuits — talked infectiously to them about fearlessness, purpose and determination. I kept the conversation going with Allred that day. She told me what she does to relax and what people get wrong about her.

I grew up in… Southwest, Philadelphia.

Something I miss about my childhood is… the Philadelphia High School for Girls.

Back then, Philadelphia was… a place where even if you were poor, as my parents and I were, it didn’t matter. There was great public education, excellent public transportation, and wonderful libraries that were open to any child.

Now, Philadelphia is… even bigger and better.

The best thing about representing women is… their courage and their spirit. To watch them evolve from being victims, to survivors [then] to fighters of change. I like to help women become empowered human beings who are then role models in their own families, in their workplaces and in their communities.

A big turning point in my life was… when I became an attorney for women’s rights and minority rights.

Something people get wrong about me is… I don’t know…It depends on the person. But I know my clients are very happy that I’m supportive of them and want to fight for justice for them against the rich, the powerful, the famous predators — those who have discriminated against them, sexually harassed them, raped them, assaulted them. I’m honored and blessed to be able to do it. 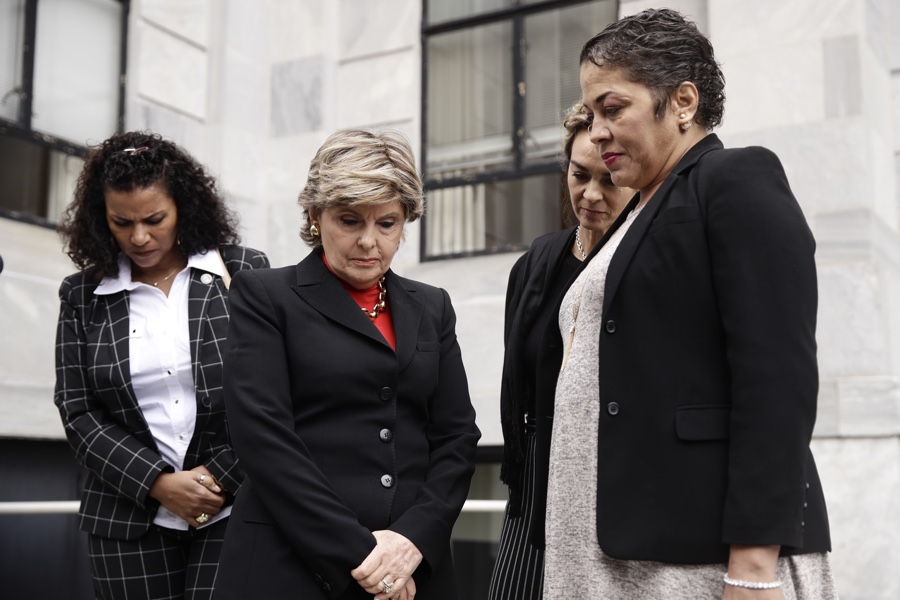 Attorney Gloria Allred, center, waits to speak with members of the media during a recess in Bill Cosby’s sentencing hearing at the Montgomery County Courthouse, Monday, Sept. 24, 2018, in Norristown Pa. (AP Photo/Matt Rourke)

Something keeping me busy right now is… this week, Bill Cosby and many other cases that I have on very important, interesting issues. I’m suing Walmart. I represent an African-American mother of five who went in to buy some beauty products at Walmart in California and found that they had locked up, behind a glass case, all of the beauty products for African Americans. The beauty products for people of other races were on open shelves. She had to take the time, busy mom that she is, and get a salesperson with a key to open it up. Then she wasn’t allowed to touch the product until she went to the counter with the salesperson, paid for it, and only then could she touch it and inspect it. We allege that’s racial discrimination. Walmart tried to dismiss our case. The judge agreed with us [that] we should be permitted to continue. We’re alleging discrimination by a business on the account of race, and we’re continuing with that. That’s just one of many that we’re doing.

In a few years the movement will… be even more powerful than it is now.

A big difference between the #MeToo movement and efforts around first wave feminism is… women are refusing to live in fear and to be silenced.

When I want to relax I… work.

A piece of career advice I like to share is… if you haven’t failed, you haven’t tried. What matters is succeeding, and every woman can. She just has to be surrounded by supportive people in her life. And she has to believe in herself and believe in the possibility that she can be successful and just persist.

The toughest career decision I ever had to make was… not to be able to be a high school principal. But you know, I always say, for every door that closes another one opens. I had no resentment over it because I agreed that the time was right, in fact overdue for there to be African American principals in African American schools. It was meant to be. That door closed and I was supposed to go to law school to become a civil rights attorney. It was time for a different path.

A skill I’m still honing is… I’m always evolving and changing so there’s not just one thing. We’re all learning all the time, and I’m no different. We can all learn and be better.

On my bucket list of things to do before I die is… nothing, except to do more cases and help women and minorities.

I never leave the house without… my two phones and two computers.

In ten years I see myself… still doing what I’m doing.