One leader had to manage a major event around the 9/11 tragedy and another decided to leave a comfortable big pharma job to launch a business. These tales of risk and ultimate triumph are all about making decisions with no regret. 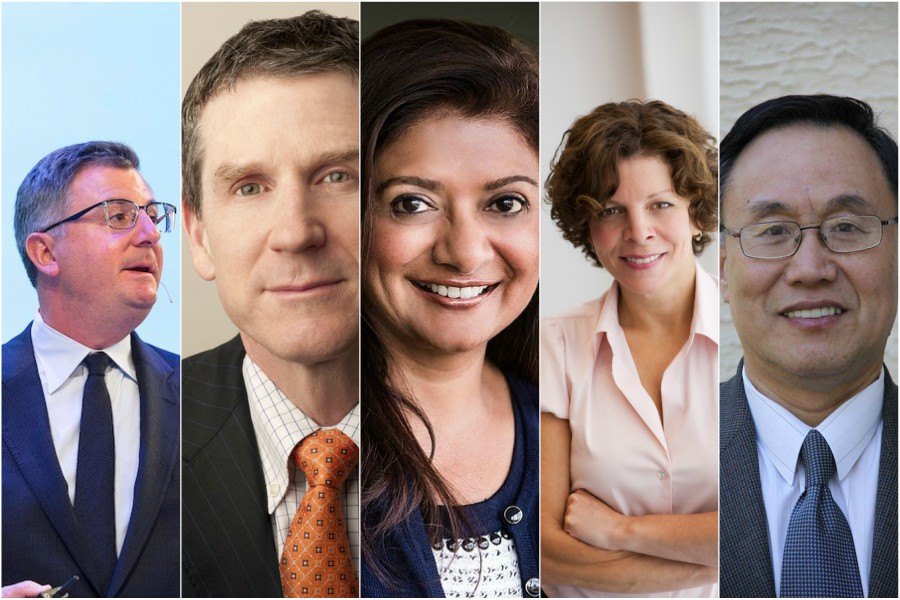 Big decisions at work can make or break the direction of your career, so what do you do when you stumble upon them? Five Philadelphia area executives talked to us about the toughest career moments they’ve ever encountered and how they maneuvered their way to success.

“I truly believed that I could manage the risk and be successful.” 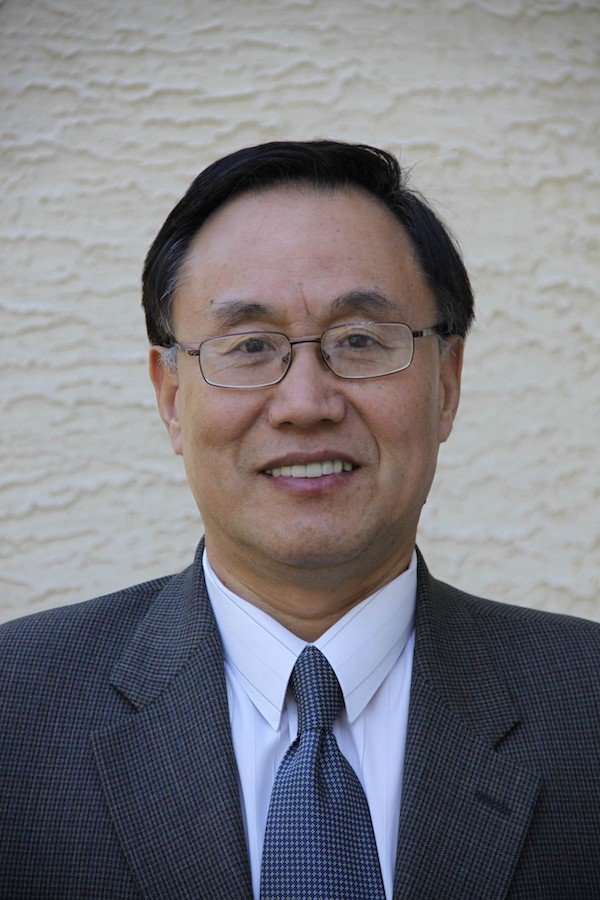 Leaving a managerial position at Wyeth Pharmaceuticals to start my own company, Frontage Laboratories, in 2001 is the hardest career decision I’ve made. I took the risk with only a $100,000 investment from six friends, I took a huge pay cut and had to work long hours, managing all the costs of setting up and running a lab. And at the same time, my oldest daughter started college, so all of the costs associated with a top school were added on top of the burden of a new company. It was a challenging time but, thankfully, one that was worthwhile.

The first step was to conduct a deep analysis of my strengths, weaknesses and the risks. Through my self-assessment, I truly believed that I could manage the risk and be successful. I also prepared my family and myself for potential failure. I thought that if I couldn’t be successful, I had a valuable skill set that would allow me to return to an R&D leadership position at a pharmaceutical company.

To start a business, you really need help from everyone around you including your family, friends and former colleagues. Fortunately, I received help from all of them! My wife and kids understood my decision and gave me their support. Friends gave their free advice if they could not invest. And my former colleagues either gave me business or joined me in some way to build Frontage.

“In the throes of a national tragedy, a road race provided thousands with a means to both grieve and heal.”

In less than a week, thousands of runners from around the world would descend on the city for the 24th Philadelphia Distance Run. It was September 2001, and I was Race Director of “the world’s fastest half-marathon,” a marquee event many months in the making. We were in the final, all-consuming flurry of preparations. And then came that fateful Tuesday, 9/11, and everything stopped. As I joined the throngs leaving Center City, numb with disbelief, my only thought was getting to my family, making sure everyone was safe.

Once at home, my thoughts turned to the race. We would have to cancel – I was sure of it. Until the next morning, when I turned on my computer and found my inbox flooded with emails from runners. Overwhelmingly, passionately, they implored me to let them race: “If we don’t, the terrorists win. We have to do this. Running brings people together.” 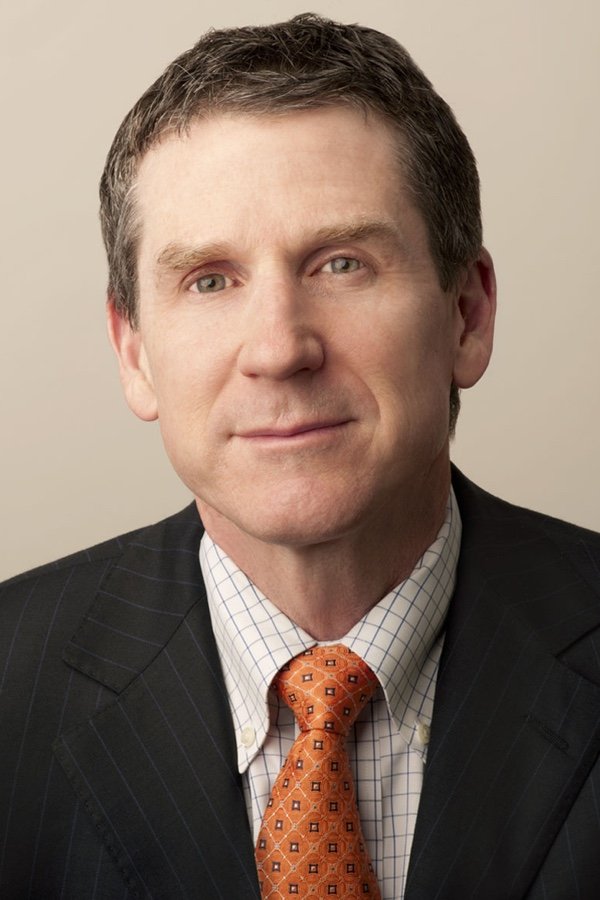 Medical supplies, water, and emergency personnel – race day essentials – were being diverted to rescue efforts in New York. Major sports were cancelling games. Planes were grounded, making it impossible for our announcer, TV crew, and some athletes to get to Philadelphia. There were expressions of concern about safety and the appropriateness of sporting events in the midst of crisis and loss. Everything said, “Cancel,” except the runners. I listened, made the necessary adjustments. By Thursday, with the support of our main sponsor, Jefferson Hospital, a reimagined race took shape.

Race Day brought perfect weather. Athletes of many races, religious beliefs, and nationalities paused in silence on a glorious Sunday morning to remember those who had died, including two registered runners, whose numbers we retired that day. Red, white, and blue were the colors of the day. A tenor led the crowd in “God Bless America” and sang until every runner passed the starting line.

Distance Run 2001 took on meaning far greater than an athletic competition. By their individual actions, the runners who took part made a statement of unity. On that day in 2001, Catherine Ndereba set a course record. We raised thousands of dollars to help with 9/11 recovery. And in the throes of a national tragedy, a road race provided thousands with a means to both grieve and heal.

“I believe that luck favors those who are prepared, so when you’re prepared for a new opportunity, you can seize it.” 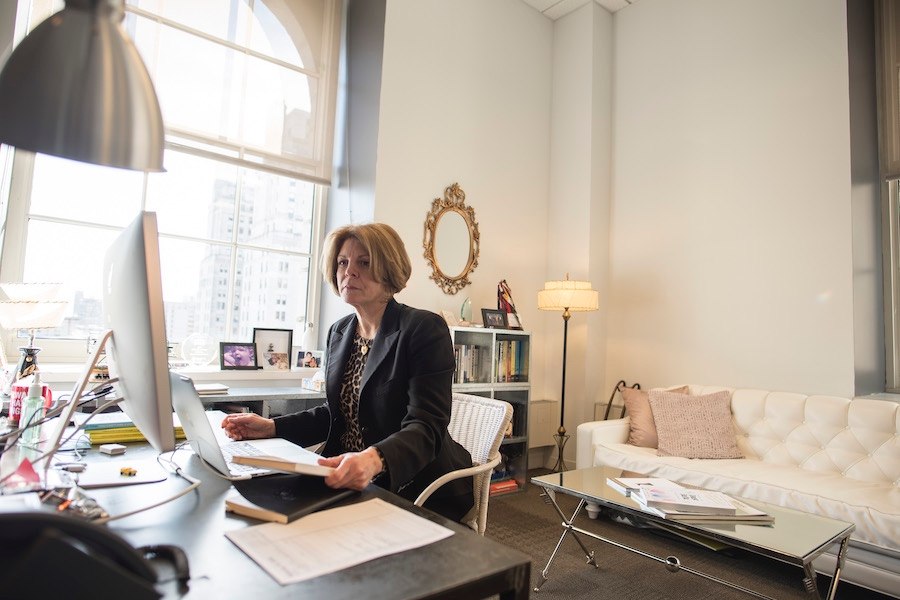 Alexandra von Plato, CEO at Publicis Health at her office in the Wanamaker Building. Courtesy photo.

I’ve always identified as a “creative.” And my professional life has always been rooted in creativity — starting as a producer and rising through the ranks as a creative director. So when I was promoted into a general management role, first as an agency president and today as CEO, the hardest part was leaving behind my creative career and redefining myself as a business leader.

At first decision to take on greater responsibilities beyond the making of creative products was scary. But I quickly realized I wasn’t losing the ability to use my imagination or my ability to tell stories and inspire. Instead, moving into general management and leadership afforded me the opportunity to move into another expression of my creativity. I still consider myself to be a creative at heart, but my canvas and the palette I get to use have changed. Business management is exercising creativity with a different set of muscles.

I really think I just took a giant leap of faith. I got to a point in my career where I was looking to do more, and I could see that there was an opportunity to shift my focus from contributing to just a portion of our business to leading the vision and direction of the business as a whole. I can see now that being CEO is inclusive of all of the things that I already know and love about advertising, and making the decision to take on a bigger role meant enlarging the scope of my responsibilities.

I believe that luck favors those who are prepared, so when you’re prepared for a new opportunity, you can seize it. If you’re the kind of person who can connect the dots and be ready to seize something when it’s presented to you, taking the leap is always easier.

“If financial industry leaders are willing to step up and lead, we can ensure finance remains the engine that builds a good society.” 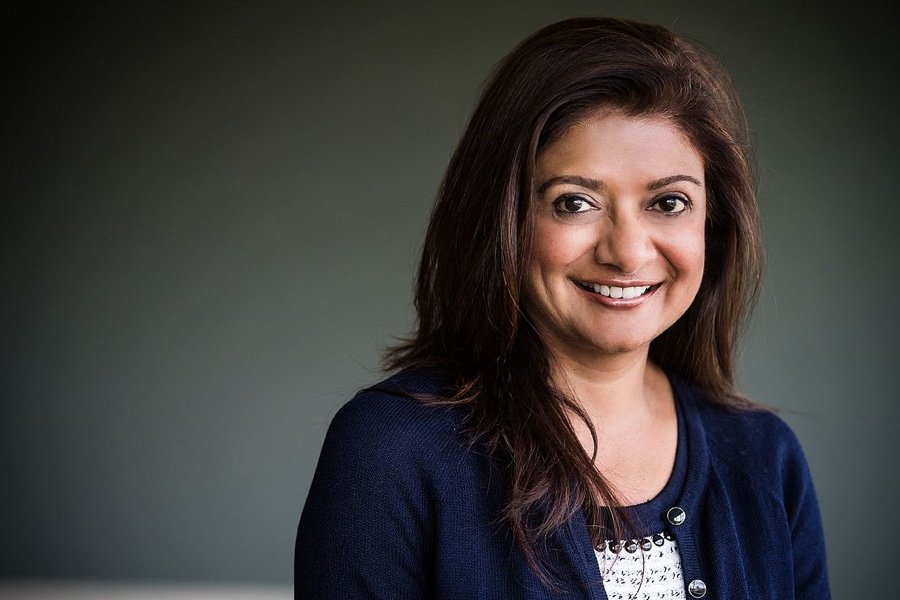 After a 25-year career in the private sector, I became New York City’s Chief Investment Advisor in 2010. I was responsible for overseeing more than $120 billion of pension retirement investments. We were quite successful in restructuring and re-orienting the risk profile of the funds, and by the end of that first year, I was ready to return to the private sector — I had another wonderful career opportunity lined up.

But during what I thought was my exit meeting with Mayor Michael Bloomberg, he insisted that I stay on to address needed governance change in the city’s committee structures to ensure that our new policies endured. I knew it would be even tougher sledding than the first year but was guided by my family’s support and my own commitment to being an agent of change and of asking myself, “If not me, then who?”

We spent the next year working to build a consensus among disparate groups to create a more effective governance structure to facilitate collaboration, accountability and long-term planning. The efforts of the Mayor’s office and those of the city’s comptroller and a majority of the labor unions culminated in a landmark agreement to overhaul the city’s pension governance by streamlining the committee and voting structures.

But within weeks the agreement faltered, as the minority of the unions who had not been consulted asserted their right to keep their seats at the table.

Over those two years, I learned how difficult it is to forge a consensus among stakeholders in the political arena, especially when certain stakeholders view shared decision-making as a challenge to their sphere of influence. Now I understand that how we forged that difficult initial consensus could have been better communicated and vetted, which was a hard lesson. I am encouraged that governance within the NYC pension system has improved in recent years. I continue to believe in the vital power of finance to improve society. I also believe that if financial industry leaders are willing to step up and lead, we can ensure finance remains the engine that builds a good society.

“While life favors the decisive, it rarely rewards those that make decisions alone.” 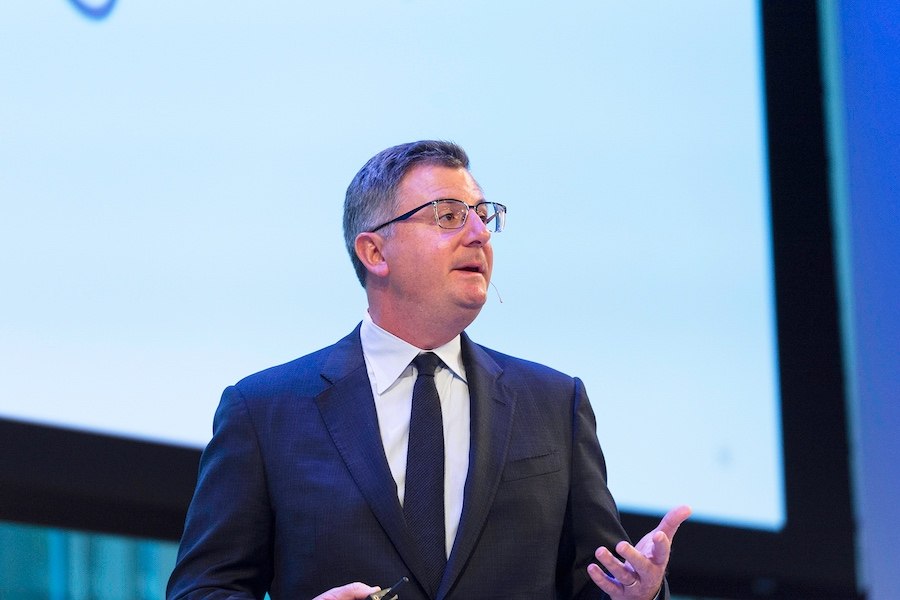 Joining Hamilton Lane in March of 1999 was both exciting and frightening. Before that, after graduating from the University of Virginia in 1995, I worked as a junior professional for two larger, more established companies here in Philadelphia. Hamilton Lane, which today is a global private markets investment management firm, was not a company I had heard of, and was operating in a segment of the market with which I had little familiarity. It felt like a huge risk. But I was young. And I wasn’t happy in my current position, and was ready for change.

Nineteen years on, the risk paid off. Hamilton Lane is now a public company, has approximately 340 employees around the world and manages and advises on approximately $424 billion of capital as of the start of the year. For me, it has been a fun run and being part of building a truly world-class company has been incredibly rewarding.

While life favors the decisive, it rarely rewards those that make decisions alone. Over my life and career, I have been fortunate to be surrounded by friends and mentors – a particular benefit when they are smarter than you. The decision to join Hamilton Lane was no different than other major life decisions, and so I did what I always did — sought counsel from those around me.

The opportunity was introduced to me by a then colleague. A close friend who was doing business at the time with Hamilton Lane rallied some of his partners to share their perspectives. Another close mentor and friend shared counsel and perspective along the way, and, like most decisions I make to this day, I spent time with my then girlfriend, now wife, discussing and debating. But let’s be honest: I was young, was in the early stages of my career, and was just hoping for a chance, and a job. As much as this was a risk for me, it was a bigger risk for Hamilton Lane.