Tales of a failed aviation business, an acquisition gone wrong and some major self-doubt. Here's how these scary moments became great learning experiences. 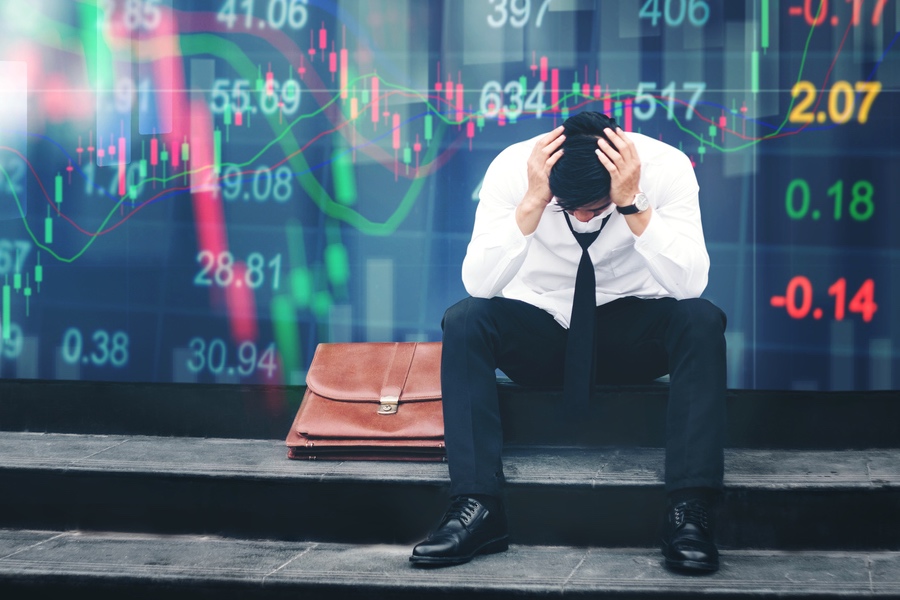 Experts say that failure is essential to success and some even go as far as saying that failure is more important than success. If that’s the case, why do we still hear more about people successes and not the moments when they stumbled, struggled or doubted themselves? We reached out to a few Philadelphia executives to get their tales of failure. They get real about their biggest mistakes and moments of self-doubt. They also explain how they turned their bad decisions into powerful learning experiences.

By 1998, my executive search firm — Diversified Search — was almost 25 years old. We were successful, but I was itching to make us bigger, more national in scope. I knew to do it would take a strong infusion of capital, so when a national professional staffing company approached me about buying the firm, I listened. Under their plan, they’d buy us, but we’d keep our name, and I would still run the business. Sounded perfect because their assets and breadth would allow us to take the next giant step toward being one of the big national players in the search industry.

They key word there is “sounded.” It turned out to not be what I envisioned. It turned out to be a bad decision. I had done my homework on them financially but not culturally. I never took a step back and asked myself, “Why do they really want us in their portfolio?” and “What will this do to our identity in the market?” I had bad vibes from the start.

Our new corporate owner’s staffing business got killed in an ensuing market downturn, and as a result it failed to make the expected investment in us. Our parent company burned through three CEOs in three years and wanted us to give up our name and fold us into their brand. That would have been the death of the firm. So, I went to the CEO and did the only thing I could think of to save us: I made an offer to buy Diversified back.

In 2004 I did just that. We threw a “free at last” party, and our clients sighed with relief. We were back on track, and over the next 15 years we’ve built the firm into a global brand in search. But I learned a hard and valuable lesson, which was not to rush in and grab the money. The real power lies in patience and due diligence, in asking the questions that aren’t about the bottom line — about culture, fit, shared values, clarity on future business strategies and understood commitments. You can’t have it both ways. You can’t sell and think you are going to keep control. There is more than one way to grow a business – organic is the best! You never lose control!

Following the devastating 9/11 terrorist attacks on three East Coast cities in 2001, there were limited options for business travel. Our company began chartering small planes to accommodate its growth trajectory. We found private air travel to be extremely efficient.  We sold our company to a Fortune 500 corporation in 2005 and, during the transition with its severe non-competes, decided to enter the aviation business. In particular, we thought it would be interesting to help corporate travelers share the cost by selling open seats using a technology application. Despite having the best of Philadelphia lawyers research the ability for us to do this; soon after the launch, we received a ‘cease and desist’ letter from the FAA. It was a complete failure.

We learned a lot from this experience. First, stay in your fairway. As healthcare professionals, we had no business in aviation. However, because of this failure, we refocused on what we knew best — mitigating adverse drug event risk. After this, and one other failure in the healthcare space, we founded Tabula Rasa HealthCare. Tabula Rasa means fresh start or new beginning. It certainly has been for us. I believe that everything happens for a reason. That reason is to learn. At our low points, we are not sure why these things happen to us.  Eventually, we can make sense of our experiences. Perhaps some people may easily move from one success to another, but failing requires introspection and consideration of why we did what we did, what went wrong, and how or if it could have been prevented. At times, externalities are the reason for failure, which often can neither be predicted nor prevented. Failing also requires that one takes risk and with risks there are rewards. One should not be afraid to fail, without trying one never knows what could have been.

Many years ago, my husband Steve and I purchased an existing business called KangaKab. It was a child transportation system, operating well before Uber or Lyft were even a thought. While our service territory and revenue grew over the years we owned it, so did expenses. Eventually, it was time to let the business go and we were fortunate enough to sell it, but for less than our purchase price.

I spent a lot of time analyzing the reasons for this failure – my lack of inexperience in running a business, being overly confident in my abilities, not having any advisors. But I also defined what success meant to me, and the experience lead me to where I am today. I realized I had taken on something that most people never have the guts to do – own a business. I learned that I could be fearless and take on bigger challenges that I had ever thought I could. I learned what my weaknesses and strengths were as a leader and how I would need to work with others to compliment them. Our society places so much credence in the winners, but you don’t hear about every time they failed. Failure is a learning experience. I learned it was good to ask for help and advice, because businesses do not become successful due to just one person.

In 1991 my role was superintendent for the restoration of the 100-year-old barrel roof of the Reading Terminal Train Shed. The roof was in total disrepair and required a workable repair plan. There was no clear answer that any decision was correct. There are times when you have no guarantee and that’s the time you build success, one piece at a time. Some would have considered this a failure. Our team used historic photos and calculations and “failed forward” which allowed us to complete the roof successfully.

In 2015, I decided that Slice will host Mashable’s Social Media Day in Philadelphia since it didn’t seem like anyone else was planning an event. That year, we began planning way too late. We signed a contract with a hotel for space and food that was way more than we needed. We bit off more than we could chew by planning a full-day agenda. We didn’t get the word out to the community until it was too late. And unfortunately we weren’t able to attract any nationally-recognized speakers to the event that could add a lot of value to our attendees.

Without the early failure, we never would have been able to grow Social Media Day as we have. We learned a lot from the first Social Media Day, and as a result, we started planning the 2016 conference the day after the 2015 event ended. We began recruiting speakers from across the country right away, and opened speaker submissions up to the entire community.  Our team also started promoting the event early on, even months in advance.  As a result, the 2016 Social Media Day attracted over 380 people. In 2017, we had over 500 with a waiting list, making it one of the largest events of its kind in the country. This year, Early Bird tickets sold out in 11 days and we expect regular tickets to be gone well in advance of the event.