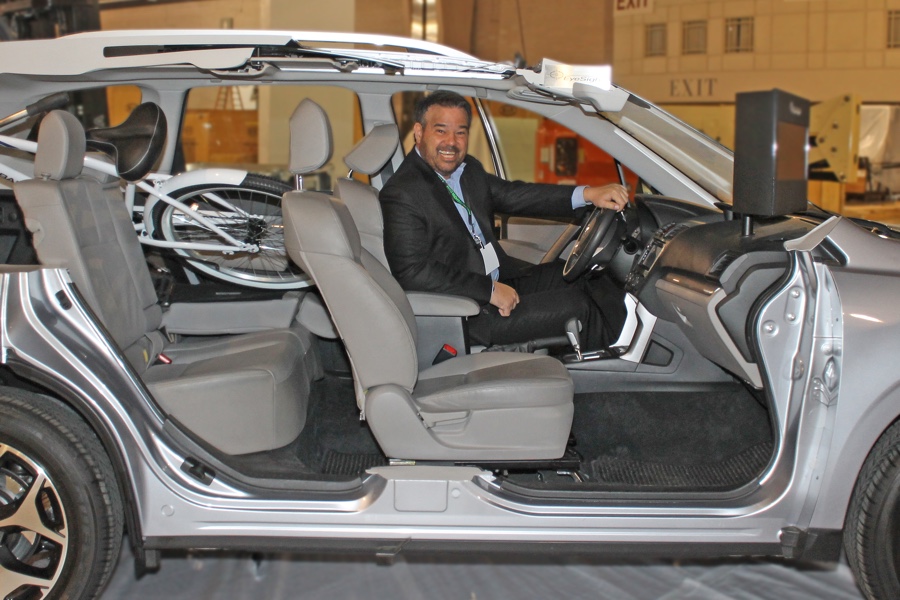 The Philadelphia Auto Show is about three weeks away and the event’s executive director, Kevin Mazzucola, is in what he says is the hurricane of auto show production. That means its crunch time for the nine-person team that puts together one of Philadelphia’s biggest events of the year. About 250,000 people are expected to descend on the Pennsylvania Convention Center for the 2018 show, Mazzucola’s 21st year in charge. He’s pumped for the nine-day party that starts on January 27 and shares hidden gems of the show and some very useful car advice for millennials.

I grew up in… Montana. I went to the University of Montana, which we call the Harvard of the West. I got a degree in interpersonal communications and another in business management. I also played baseball there.

I came to Philadelphia because… of my position. Certainly not for the weather. Running the Greater Philadelphia auto was an opportunity we couldn’t pass up, so my wife and I moved here straight from out West. I used to run the Wyoming auto dealer in Cheyenne, Wyoming. It really was a culture change.

A random fact about me… is I love show tunes. I love musicals and going to Broadway. My kids think I’m a dork.

Best show I’ve seen recently… is Disney’s The Lion King with my kids.

A habit I’m trying to break… is returning texts and emails immediately. I could be at my kid’s ball game or it could be 10 p.m. and I still respond to texts and emails. But not everyone needs to be responded to at all times.

The best thing about 2017 was… that my family remained healthy.

So far, 2018 has been… too cold. But aside from that, we’re in the middle of a hurricane that we call auto show production. We’re about three weeks out and at this point, if it’s not done, it’s not gonna get done.

I became executive director of the Philadelphia Auto Show when… I had never run an auto show before. The Wyoming auto dealers job was basically a lobbying position. When I got here we had one other person. It was just me and an assistant.

Since then… the show has grown in size and in importance in regards to what it does for retail in our area. It’s over 700,000 square feet and about 250,000 people come to help find their next car here now. We have our own facility and nine employees. We started a foundation, which has grown to the size of the actual show and an association where we give away over a million dollars a year to charities.

Cars make me feel… ageless. I think that no matter how young or old or middle aged you are, when you get in a vehicle that you like, you have no age. I can get into a ’68 Camaro and feel like I’m 16. Or you can get into a real expensive Sedan and feel like you have more money than you really have. You’re ageless and boundary-less. 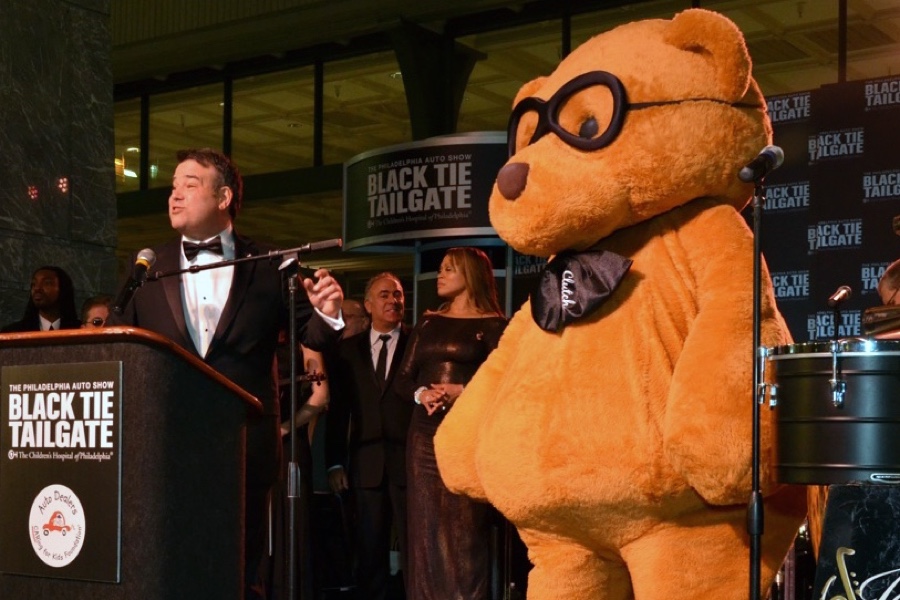 I drive a… are you kidding me? [Laughs] You know who I work for! I like ’em all and I drive ’em all.

My driving is like… a sloth in sand. My kids and wife bug me that I drive too slowly.

For millennials thinking about cars now … here are my thoughts: you won’t be able to rideshare and Uber in every segment of your life. You change and will have different needs. Whether that happens later for you then other generations, so be it. There are more models that serve a variety of niches than ever before in the history of automobiles. I mean you have segments that are delineated to where they really do fit your lifestyle. You really can personalize a car. And in general with millennials, I don’t think the love affair with the automobile is gone, it’s just taking them a little longer. Because of economic factors, they are buying new vehicles later on in lives, just like leaving home.

Some hidden gems of the show… are the vintage and classics. People do utilize the show to purchase new vehicles and the Ferraris and exotics are there, but we have one of the best assemblages of vintage and classic vehicles in the country. Whether that’s the Model T, super vintage vehicles from the 50s, or muscle cars from the 60s — the variety of the classic and vintage cars at Philadelphia’s show is one of the best in the country.

The biggest changes to come to the auto industry in the last few years… are that vehicles are becoming collaborators with their drivers because of technology. Cars aren’t just machines. The tech allows you to get texts, find where you need to go, and stay safe through automated breaking and lane departure, for example.

The hardest part of my job is… that the show is a long haul. You are planning a nine-day party for ten months. We have to keep the energy up.

When I’m not at work I’m… mostly going to sporting events. My kids are 15 and 17 and play basketball and soccer.

A Philly restaurant I frequent is… Aramark at the Pennsylvania Convention Center since I eat a lot of hot dogs at the show.

The best career advice I’ve ever been given… is to listen. Listening is vitally important for success. And to read as much as you can about everything you can. I think knowing a little about a lot of things helps round out a person. You’ll be surprised how much that knowledge helps you and pops up in your day-to-day activities and in your job. Reading things in and around your industry and outside of your industry can make you a better person in business. You can relate to people better.

Networking is… about blocking and tackling. It’s not any different now than it was 100 years ago. You still have to go to events and meet people, but it’s about remembering names. And you should try to remember one unique thing about the person you met because you’ll need to follow up with that person. We all love when someone remembers something about us. It cuts through the clutter.

A funny work-related story… is from the blizzard of 2010. When I went to bed around midnight Friday there was no snow, but I woke up to 20 inches on the second Saturday of our show. Historically, the second Saturday is our largest attended day with about 60,000 people. When we opened at 9 a.m., there was just one frigid looking family covered in snow at the door. It was the mom, dad and two kids along with our staff and security guards. They had tickets, but we let them in for free. We personally welcomed them with the PA system throughout the entire convention center like, “Mr. and Mrs. such and such and kids Bobby and Cindy, welcome to the Philadelphia Auto Show.” Ultimately, 4,000 brave souls had 700,000 square feet to themselves that day. 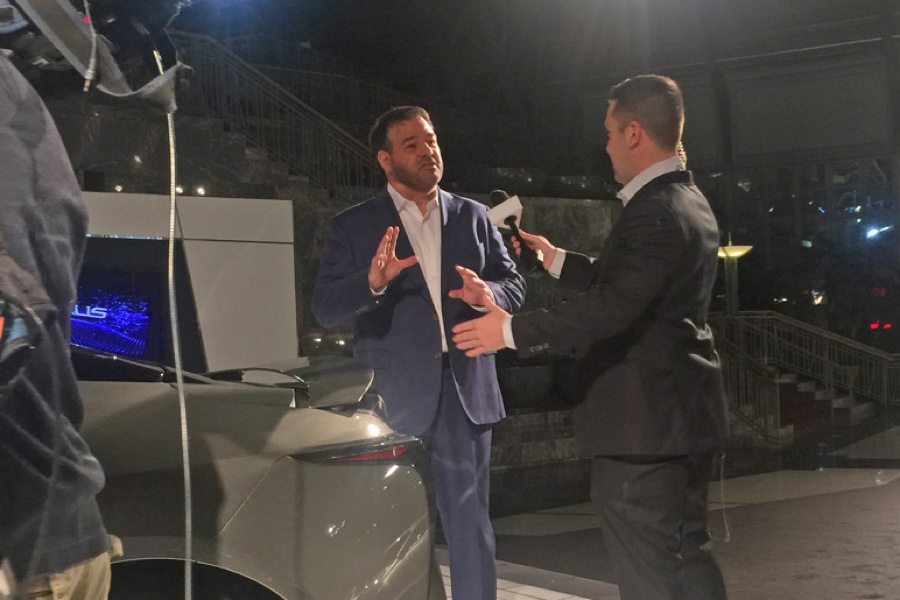 A big responsibility that most people might not know I have is… ensuring we can obtain about 50,000 new coats for kids throughout the Greater Philadelphia area. We call it Driving Away the Cold, a private label. That’s a responsibility we honor and it shows that the success of the show gives us the financial strength to do that. The show and people who attend give back to the community.

Something I’m excited about for this year’s event… are the super cars and exotics. What we’ve had in the past won’t compare to what we have this year.

In ten years we’ll see… the electrification of the automobile in large numbers. We’ll be asking, “Is it tech on wheels or is it a car with technology?” There will be a battle for the dashboard, especially when you get into autonomous driving. There will be a whole new slew of opportunities within the vehicle.

Philadelphia’s car market is… vital to the success of manufacturers and the dealers themselves. It’s the fourth largest market in the country. It sells over 400,000 vehicles in our market alone. We have a diverse buying pattern, from pickup trucks to luxury Sedans to small economical SUVs.

If I weren’t in this business I’d be… a sportscaster and then a professional golfer. Wouldn’t it be great to go around to beautiful places to play golf and make money?