Might There Be a Trader Joe’s in Queen Village’s Future?

Rumors are circulating that the specialty grocer for the budget-conscious is eyeing several lots on Bainbridge Street as a site for a new store. 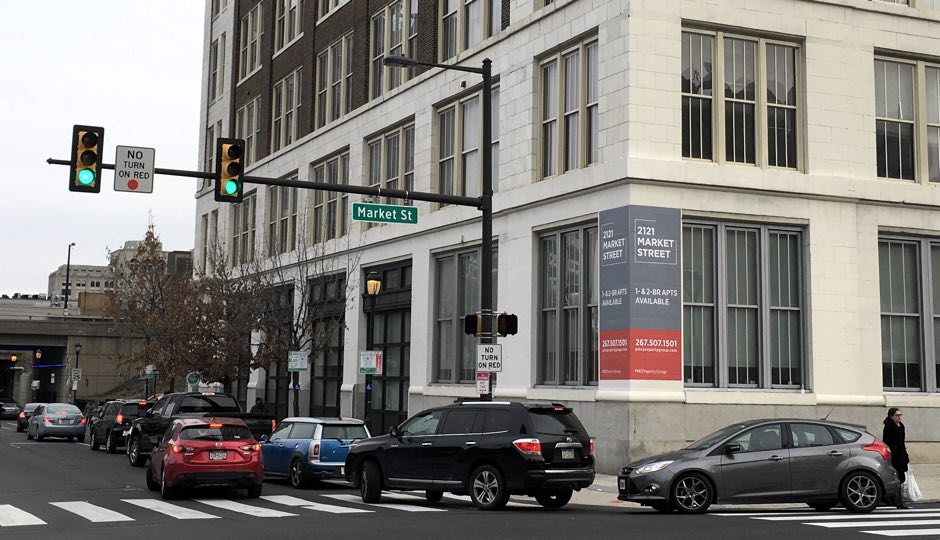 Cars and patrons both wait in long lines to shop at Center City’s one Trader Joe’s. Might relief be on its way in the form of a second store in Queen Village? | Photo: Dan Quade

Anyone who has shopped at the one Trader Joe’s store in Center City Philadelphia knows that it often gets crazy busy.

That would seem to argue for the German-owned specialty grocer (it’s owned by the other Aldi) to scout for more possible store locations in the city to serve what’s obviously very high demand.

The OCF report cites an anonymous reader who is a patient at a dental office in the 400 block of Bainbridge Street. Said reader learned that his dentist was moving because a new owner bought the building. That owner, however, also acquired the two buildings next to it, a parking lot next to those, and one more building on the other side of the parking lot — about 30,000 square feet of land in all, stretching from Leithgow Street to East Passyunk Avenue.

The reader also said that the new owner intends to raze the entire block and build a single new building that will contain a Trader Joe’s. The Queen Village Neighborhood Association has heard nothing along these lines, the report continues, but some employees in the dental office said they had heard the same rumor.

The lot’s zoning would allow the owner to build a five-story-high mixed-use building with ground floor retail and residences above by right. Traffic can be a bear in the Bainbridge Green area, which is just off South Street, but the presence of two supermarkets five blocks west of here on South Street suggests that this could indeed be a prime location for a new grocer.

If, that is, the builder can figure out where to put the parking.