Denise Morrison originally planned to stay on board after Charlottesville. 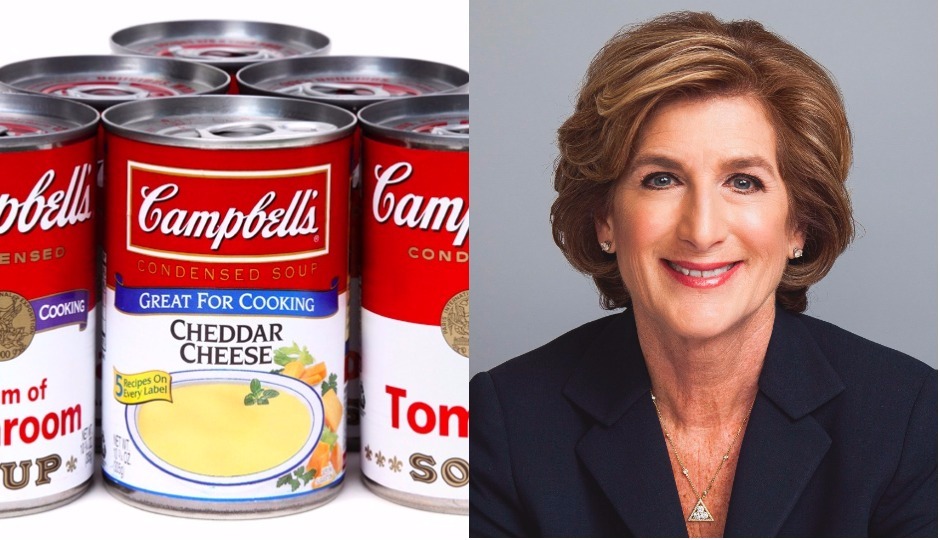 It wasn’t clear whether it would take more deaths at the hands of white supremacists, or whether she’d resign once the #SoupNazis boycott gained more traction.

Succumbing to pressure, the CEO released the following statement of resignation Wednesday afternoon:

“Racism and murder are unequivocally reprehensible and are not morally equivalent to anything else that happened in Charlottesville. I believe the President should have been – and still needs to be – unambiguous on that point.

Following yesterday’s remarks from the President, I cannot remain on the Manufacturing Jobs Initiative. I will continue to support all efforts to spur economic growth and advocate for the values that have always made America great.”

Campbell Soup Co. released the statement just as it was reported that members of a separate council, Trump’s Strategic and Policy Forum, agreed to completely disband in an effort to condemn Trump.

Shortly after, Trump tweeted that he would end both councils in an effort to “not put pressure on the businesspeople.” And of course his decision was influenced by business leaders who chose to defect, one after the other.

Rather than putting pressure on the businesspeople of the Manufacturing Council & Strategy & Policy Forum, I am ending both. Thank you all!

Over the weekend, the country watched as racists and bigots descended on UVA’s campus in Charlottesville, Virginia, with confederate flags and torches, chanting “White Lives Matter,” “Jews will not replace us,” and “blood and soil.”

By Saturday, a woman was killed and more than 30 were injured when a Nazi sympathizer slammed a car into a throng of counterprotesters. Then America was further let down when its commander in chief condemned violence “on many sides” and failed to immediately condemn the white supremacists who orchestrated the rally. During a Tuesday press conference, Trump expanded on his original comments, furthering pandering to white supremacists and saying he watched the Charlottesville clashes where he observed “a group on one side that was bad and a group on the other side that was also very violent.”

Following Trump’s inaction on Charlottesville, Merck & Co. CEO and North Philly native Kenneth Frazier resigned from Trump’s American Manufacturing Council, stating that “America’s leaders must honor our fundamental values by clearly rejecting expressions of hatred, bigotry and group supremacy, which run counter to the American ideal that all people are created equal.” In the same statement, Frazier added, “As CEO of Merck and as a matter of personal conscience, I feel a responsibility to take a stand against intolerance and extremism.”

Within hours, executives at Under Armour, Intel, the Alliance for American Manufacturing, and AFL-CIO followed Frazier’s lead, though they evaded the petty ire that Trump hurled at Frazier via tweets.

Morrison was one of nine CEOs who originally said they’d stand behind Trump’s Manufacturing Jobs Initiative. “We believe it continues to be important for Campbell to have a voice and provide input on matters that will affect our industry, our company and our employees in support of growth. Therefore, Ms. Morrison will remain on the President’s Manufacturing Jobs Initiative,” Campbell Soup Co. said on Tuesday.

The Manufacturing Jobs Initiative had 28 executives on board when it was first announced at the end of January.