The "design thinking" champion tells us why med school is doing students a disservice and how he's hacking the system with design. 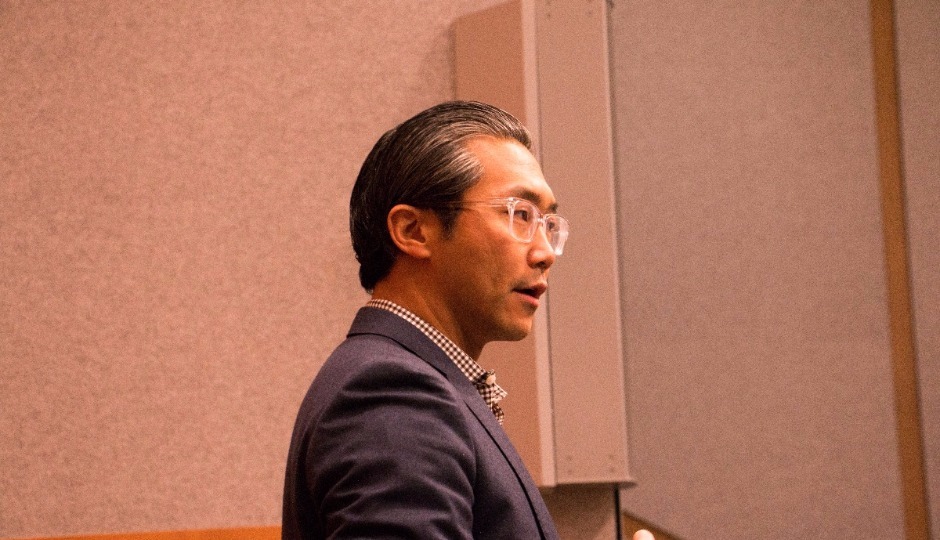 Bon Ku is inarguably one of the coolest docs in Philadelphia. In addition to being a practicing emergency medicine physician, he’s the founder and director of JeffDesign (soon to be renamed Medicine+Design), a program at Jefferson’s Sidney Kimmel Medical College that trains med students in design thinking. That is, students actually get the chance to create devices that can solve some of health care’s biggest challenges. Think of classrooms at JeffDesign as part-lab, part-maker space. Ku has traveled across the country to champion the program, which is the first of its kind. In a TEDx talk he delivered last fall, Ku explains that doctors aren’t equipped make communities like Philadelphia healthier. But by thinking like designers, medical professionals are given room to think and problem-solve way outside of the box. In this interview, Ku tells BizPhilly the hardest part of his job and what it takes to juggle his ER and teaching duties. He offers some thoughts on how to boost Philly’s innovation scene and explains, step-by-step, how he achieves his perfectly coiffed hair.

I grew up in … Chicago. I’m a Midwesterner but everyone thinks I’m from California.

My family thinks I’m … weird, because I’m always collaborating with designers and architects but work as an emergency medicine physician.

I came to Philly when … I started college at Penn. I left for medical training but came back after living in Queens, NY.

The last book I read was … Word by Word: The Secret Life of Dictionaries. It was written by my good friend Kory Stamper who is a lexicographer. She decides what words go into dictionaries. How cool is that?

Something at Jefferson you won’t find anywhere else is … a design lab that is housed in an actual bank vault. It’s my office. 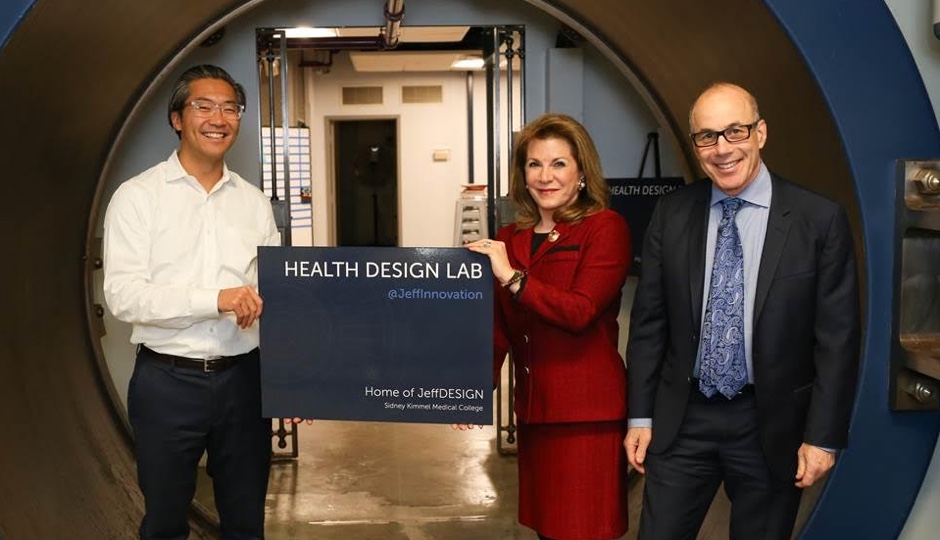 Design thinking makes sense for medical students because … it teaches them to become creative problem solvers. Healthcare is a mess. We need to think of creative solutions to fix it.

I’ve worn glasses since … high school. I hated them at first but now they are part of my identity. And they offer great eye protection against bodily fluid exposure in the ER.

Juggling my ER duties and teaching schedule is like … being chronically jet-lagged. When I work overnight ER shifts and then teach all day, I sometimes forget to schedule basic life functions like sleeping.

A difficult time in my career was when … I felt burned out because of our broken healthcare system. So I took year off and went to policy school at Princeton to think about what I could do to change the system.

Growing up I dreamt of becoming … an NFL football player. I’m not kidding. Do the Eagles still need some more wide receivers?

To me, the Jefferson PhilaU merger will … make our city even better. It brings two historic institutions together into a new kind of university that is committed to creating a different breed of students. Design, innovation and creativity will be in the DNA of this new university.

I’m constantly worried about … the inequalities in our city. We have a 20-year difference in life expectancy depending upon what zip code you live in. Those living in poorer zip codes have worse health outcomes.

The coolest thing I’ve done this summer so far … is measure the activity levels of kids in playgrounds. We installed temporary sensors at Waterloo playground in Kensington to study how to design better playgrounds in a project called smarterPLAY.

People always email me to ask … to meet up to chat about design, tech, and healthcare. I love it.

I style my hair by … seeing my buddy Anthony Gibilisco who works at American Mortals in Queen Village. We met through surfing. Getting my haircut by him gives us a chance to catch up and talk about waves and surfboards.

I’d describe my personal style as … distinctly American, casual and surf-inspired. I try to buy clothes made in the U.S. My favorite outfits are locally sourced from American Trench based in Ardmore. Jacob Hurwitz, the owner, is a friend of mine.

A teacher who really had an impact on me is … Professor Uwe Reinhardt, a health economist at Princeton University. He opened my eyes to the inner workings of the U.S. healthcare system. Even though I was already a doctor at the time I took his class, I didn’t really appreciate how broken our healthcare system was.

Philly’s innovation space still needs … to invest in young entrepreneurs. We need to empower and fund students and recent graduates who are hustling to build their companies. Otherwise, they are going to move to inferior cities like Boston, San Francisco, or New York.

Something most people don’t understand about design thinking is … that anyone can do it. Everyone has the potential to be creative and design solutions. You don’t have to be a designer to design.

The state of health care in the U.S. is … like a boxing match. There will be a winner and a loser. I hope patients will be the ones who end up winning.

A social issue I care about is … urban homelessness. Because I treat so many homeless patients in the ER, I developed a better understanding of the non-medical factors that impact one’s health. It’s impossible to recover from an acute illness when you are living on the streets. Six years ago I joined the board of Depaul USA, an organization that seeks to improve the lives of those with housing instability. They have been doing amazing work to provide housing and services to the city’s homeless population.

If I’m having a bad day I like to … lift weights. It makes me feel better hearing the sound of heavy weights crashing on the floor.

Something funny about the ER is … when patients come up with their diagnoses by “Googling”. The other day I saw a patient with a skin rash, and she told me what her diagnosis was. I’m like, “You’re right.” Technology and open data are helping patients to become smarter and more empowered. That’s a good thing. 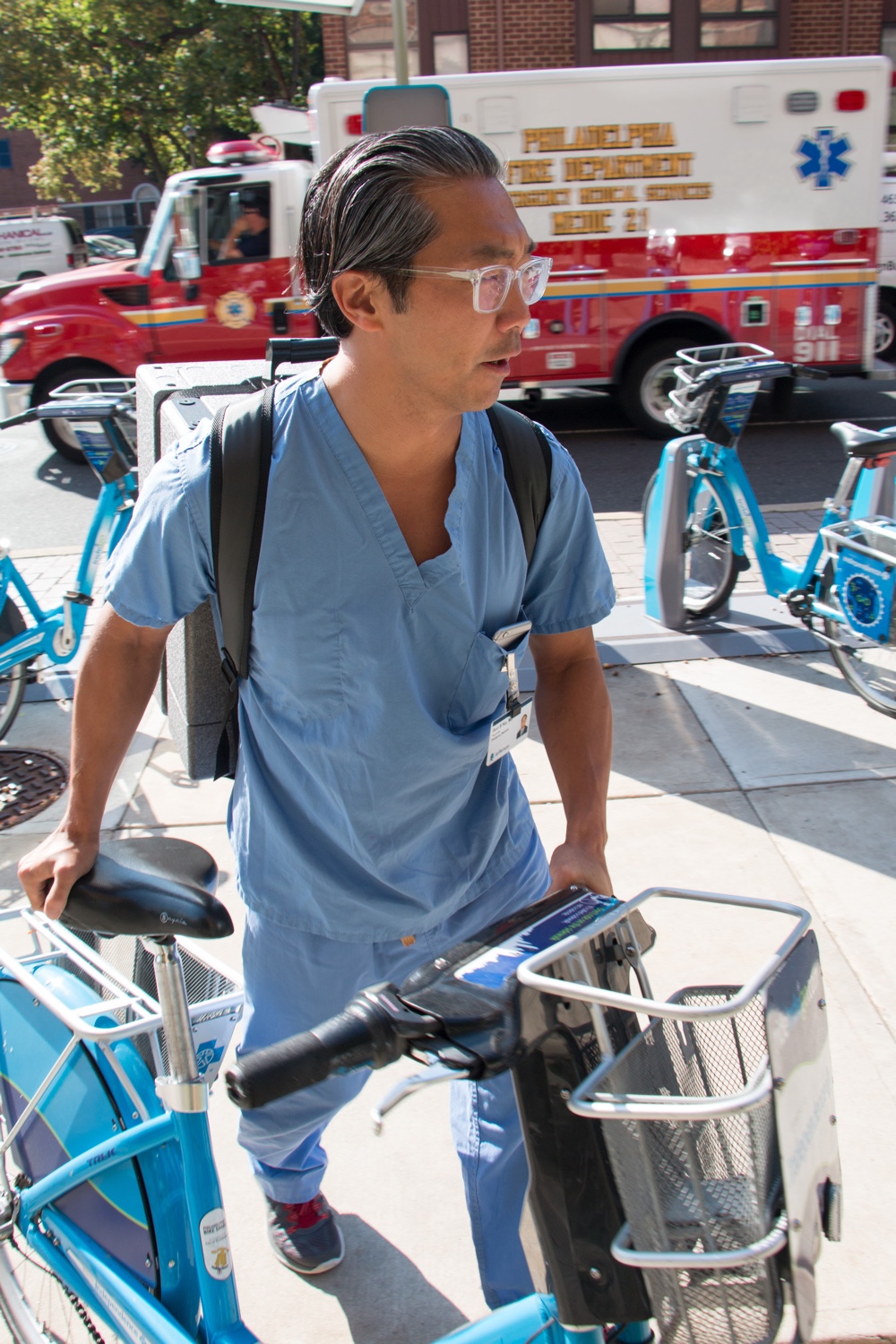 My favorite thing about Philadelphia is … that it’s a community of creatives—artists, designers, etc. Some of the most creative people in the country are living right here in this city.

A restaurant I visit often … is Kim’s BBQ where you can cook Korean kalbi over wood charcoal.

A TV show I recommend is … I have no idea. I don’t watch TV. Don’t get me wrong, I love TV but don’t have any time to watch it. I hear there’s a good show called Game of Thrones? Or is that a video game?

The most difficult part of my job is … when I have tell someone that their spouse, parent or child has died. This never gets easier. When it does, I’m going to quit my job.

I admire … Dr. Gregory Snyder, who had a terrible accident during medical school at Jefferson that left him with paralysis in both legs. He has to use a wheelchair at all times now but that didn’t prevent him becoming a doctor. He’s taking care of patients now in Boston and was just featured in a NYTimes article this week. Greg is one of the most inspiring guys I know.

One cool thing created at JeffDESIGN is … a 3D printed mandible. We are helping our head/neck cancer surgeons in pre-operative planning by 3D printing jaws from CT scan images. One day it will be routine for doctors to show patients 3D printed parts of their own bodies. 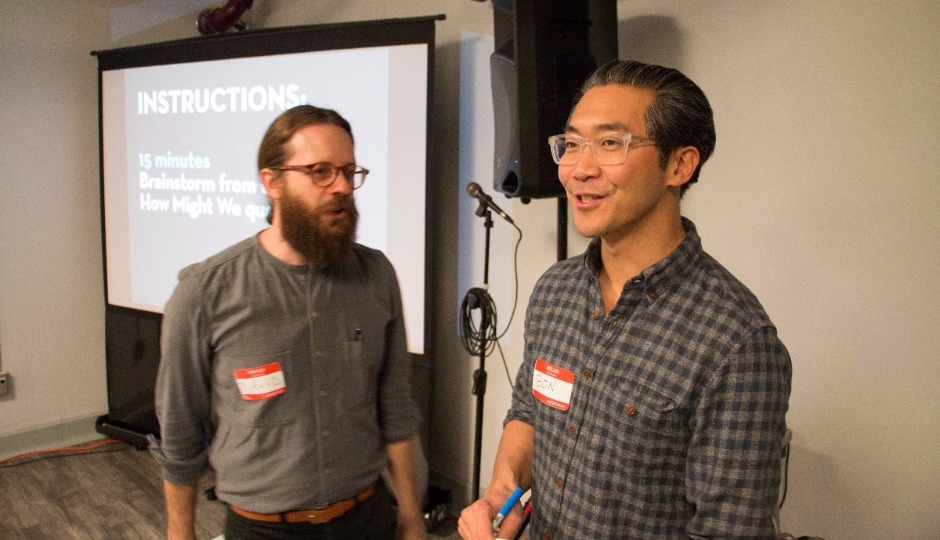 A random thing I’m really good at is… making ribs. I cook them for 5 hours in my smoker. It’s my greatest superpower.

I wake up at … 10 pm… and go to bed at … 10 pm the next day. I try to take a nap sometime in that span. I do this several times a week when I work an overnight shift in the ER. As a doctor, I don’t recommend doing this.

The most promising innovations to come out of Philly recently are … there are so many but I’m most interested in new types of medical products and devices that began with student inventors like Lia Diagnostics (flushable pregnancy test), Circalux (circadian night light), Biobots (3D bioprinters), etc. I believe that student inventors are a key ingredient in building Philly’s medtech ecosystem.

Entrepreneurs should know that … the best products or services are the ones that are inspired by real needs from end users.

In ten years I’ll be … in Philly still working to design this city to be healthier.