SXSW Day 3: Scenes From the Tradeshow

See Philly startups in the spotlight. 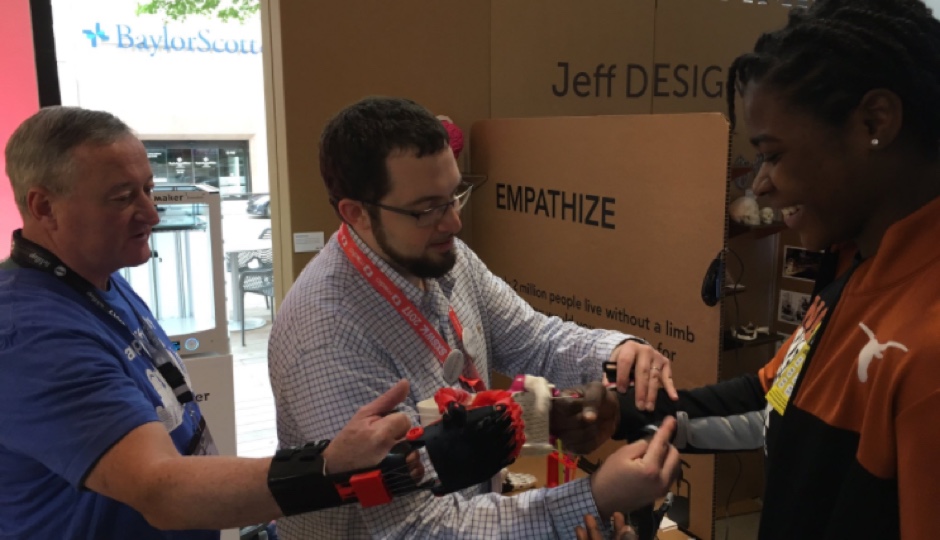 It’s the morning of March 12th and the 1800 block of the Austin Convention Center is buzzing with activity as 15 startups from Philadelphia put the final touches on their SXSW trade show displays. As the doors open, a tangible energy runs through the Amplify Philly camp.

“The Philly presence is extremely encouraging,” said Elisa Stasi, director of alumni events at Temple University. “Our community is really lifting each other up this year.”

The Amplify Philly team barely had any downtime with the steady stream of attendees stopping by to see what Philadelphia has to offer. The team was exited to also have Mayor Kenney stop by the tradeshow to check out Philly’s presence this year.

“The past few days at SXSW have been a great experience, and seeing our companies at the trade show was the perfect way to end the trip,” said Kenney. “I was able to connect with them one-on-one to learn more about why they are here as part of Amplify Philly, and it was clear that they all share my passion for our city.”

No better way to end my trip to #SXSW than seeing companies like @StratISEMS & @PennPCI in action on trade show floor to #AmplifyPhilly pic.twitter.com/bzPUiLOQOl

And the startups exhibiting valued his presence, too. “You wouldn’t expect to need to go to a trade show to meet your own mayor but the truth is with so many tech and business interests vying for his attention, it was an invaluable opportunity,” said StratIS CEO Felicite Moorman.

The Amplify Philly team was also welcomed City Councilman Allan Domb to the tradeshow. “It was great having the councilman at SXSW because he got to see the latest and greatest in what technology the world has to offer while representing Philly in the process,” said ROAR4Good product dev Mahmoud Mustafa.

During his stay, Councilman Domb also visited Austin’s Capital Factory to explore what Austin is doing to support their booming tech ecosystem.

Here are some more scenes from the first day of the tradeshow:

Hey #SXSW stop by the SX Social Good Hub – we will be here all day and tomorrow! https://t.co/YCsRtBErK5 #AmplifyPhilly #JeffDESIGN pic.twitter.com/DPPpaEtDSN

We are officially live from the #SXSW trade show. Booth 1823.

Day 1 of #SXSW trade show is in full swing. @PhillyMayor got to see all the amazing companies repping in Austin. #AmplifyPhilly pic.twitter.com/3Qqfc4LvpB

Here are other highlights from Philly’s third day in Austin:

Visit BizPhilly tomorrow for a spotlight on the women entrepreneurs leading the way at SXSW.

Alli C. Adams is an executive assistant at REC Philly.