Startup of the Week: UrbanStems Wants to Deliver Your Flowers in an Hour

The company launched in Philly on Monday. Here's how its founders plan to shake up the floral market to save you money — and headaches. 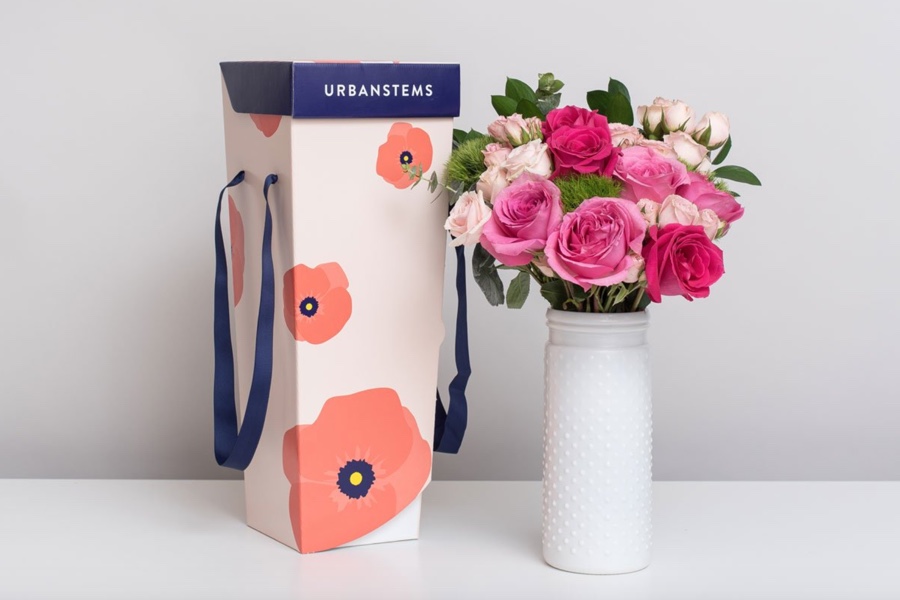 The last time I ordered flowers, my mother received a bouquet of fiery reds and not the sunny yellows I wanted delivered. The time before that, my father was already out of the hospital when his assortment arrived.

Maybe I have bad luck, or maybe that traditional flower service I rely on — I will leave it unnamed — needs some competition.

UrbanStems, a flower-delivery startup that’s just sprouted in Philadelphia, would argue for the latter.

E-commerce has generally made things cheaper and better for consumers, but with flowers, it’s the opposite. They’ve become too expensive, said UrbanStems cofounder Ajay Kori. The company began service in the city on Monday, promising to deliver bouquets by bike courier in as little as an hour. What’s more: their bouquets start at a relatively low $35 — a nod to those of us who aren’t trying to break the bank on romance or fleeting décor. (On the site today, there are two $35 options — The Dolly bouquet and a DIY pumpkin-decorating kit. The other options range from $45 to $105.)

Consider the established flower-delivery model, which Kori called “structurally set up to cause high prices and low quality.” The big-name flower companies and networks function as order aggregators — they collect your order online or over the phone at any hour and route it over a flower wire service, where a local florist receives it for processing.

“Local florists have two streams of orders coming in,” Kori said. “They have people who walk through the door, pay full price and can become repeat customers, and they have these online orders, which pay them less than those who come through the door. They are fully branded as the flower site, so there’s no chance for repeat customers, and they also end up using these online orders as an inventory management tool.”

There are several problems here. The wire service ends up taking a cut of the price tag, as does the flower network that advertised the bouquet. So consumers pay for all the hands involved in the transaction, and florists are sometimes forced to supply bouquets regardless of the flowers they have in stock or their condition. (If your flowers wilt within three days, it’s because they were already dying when they got to you.)

It’s also clear that the big players are specializing in flowers less and less. 1-800-Flowers had about $504 million in flower-related revenue last year, but making actual flower arrangements is less than half of its business now. No kidding: They’re selling gift boxes of skirt steaks, salmon, and cheese — and some meat boxes cost as much as $230.

UrbanStems is sticking to flowers and tapping into a “seed-to-door” system that eliminates middlemen and sources directly from local farms, meaning the company is at the farms actually dictating what’s grown. After the farm, the flowers are dropped off at distribution centers daily where the couriers, who are hired by UrbanStems and given benefits, pick up the bouquets that have been arranged ahead of time.

“Those flowers have been off the stem for only two to three days,” says Kori, “which is why they last so long” — up to two weeks, according to the company.

The startup also says it’s staying away from the seemingly interminable number of gallery pages customers must usually peruse before they make a choice. You’ll find about four to five seasonal bouquets on the site that are created by an in-house designer. This season’s Pennsylvania Ave collection, for example, is designed by a former White House chief floral designer.

“Sending something to someone else shouldn’t be hard,” Kori says, adding that customers even receive a photo of the actual arrangement being prepared for them from the distribution site. The company wants to “send happy” and be “better, faster, cheaper.”

The startup, which launched on Valentine’s Day in 2014 and currently delivers in New York City, Baltimore, and Washington, D.C., announced a $6.8 million Series A funding round in May, led by SWaN & Legend Venture Partners and with an investment from Philly’s own Gabriel Investments.

“So much of our roots as a team are in Philadelphia,” says Jeff Sheely, an UrbanStems co-founder, referring to the company’s origin story, in which Kori had a poor experience sending flowers to his long-distance girlfriend in Philly. “Philly is right in the middle of the East Coast landscape, and we found out that a lot of our customers are clamoring to send in Philly, so launching here makes sense from so many different angles.”

The breadth of experience between the two co-founders includes a stint at Quidsi, the e-commerce baby-care product platform that sold to Amazon for $540 million, a Harvard Business School degree, and years of advising early-stage tech companies. But the team will have to move fast, as competitors like BloomThat and The Bouqs Co. move in on the flower revolution, too. UrbanStems says they’re already preparing for Valentine’s Day 2017.