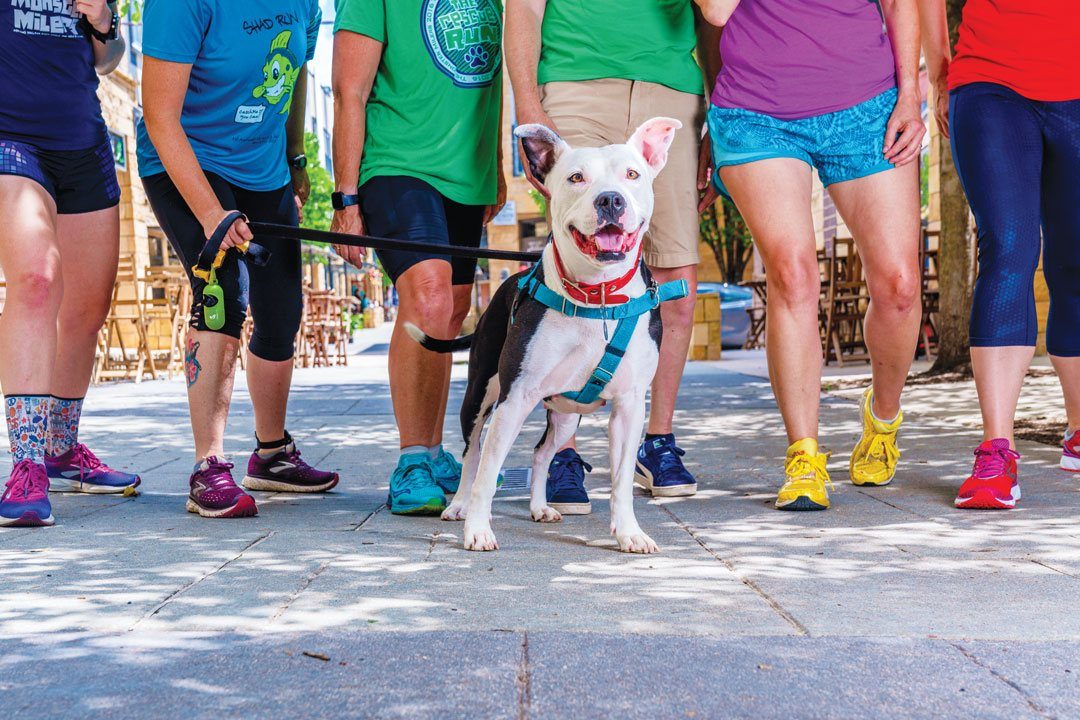 Jogs with dogs! This group takes pups out of local shelters and brings them on group runs, making sure they get exercise and exposure to the community while they wait to get adopted. Keep reading here. Read More »

The only things that could get us out of bed and exercising at 9 a.m. on the weekend? Fresh FedNuts and coffee, both of which are served after a three-mile loop through the city. The group meets at Philadelphia Runner on the first Saturday of every month. Read More »

A jaunt with this all-paces-welcome trail-running group (they meet at Wissahickon’s Valley Green Inn at 8:30 a.m. on Sundays) squeezes in a hefty dose of nature, a calf-burning workout and a chance to make new friends, all before brunch. Read More »

Let us count the ways this ladies-only weekly running crew, which has ballooned from a handful of runners to dozens every week in two short years, rocks: They have a no-runner-left-behind rule they actually follow; a run with them doubles as quality girl time; and they occasionally end their sweat sessions with ice cream at Franklin Fountain. Read More »

If your personal slogan is "Will run for coffee and beer," meet your tribe: This South Philly-based group hosts evening and morning runs that end at different East Passyunk bars and coffee shops. Read More »

Once a month, a gaggle of millennials sets out on a group run to an interesting destination in the city—Lemon Hill Mansion, the Reading Viaduct—where an expert awaits to tell them everything they want to know about it. It's a workout-turned-field-trip that ends (duh) at a nearby bar for a few endorphin-fueled rounds. Read More »

Intimidated by the pace-obsessed, -spandex-clad enthusiasts who populate some running clubs? This once-a-week group (Thursdays at 7 p.m.) is for you. The runs are short (usually three to five miles), the atmosphere is welcoming (all levels attend), and the post-workout refreshments (enjoyed at a different bar each week) are more than motivating. Read More »

READERS' PICK: A group whose three-to-five-mile runs end at a pub for drinks—is there any wonder this is a reader favorite? Read More »

Burgers and running aren't exactly the most obvious bedfellows, but at Shake Shack, they work. Here's how: At 7 p.m. on the second and fourth Tuesday of every month, Shack staffers lead hour-long group runs from the Center City eatery. They always end back at Shake Shack, where you can feast on a post-run burger. Hey, you earned it. Read More »

Fact: When you know there's beer at the end of your run, you'll make it. The friendly runners who convene once a week for a three-to-five-mile run don't hurt, either. Read More »