This Student-Run Food Rescue Program Delivers 100,000 Pounds of Food to Philadelphians Per Week

Sharing Excess is nimble enough to fill in the gaps in Philly’s large-scale efforts to capture food waste and fight hunger. 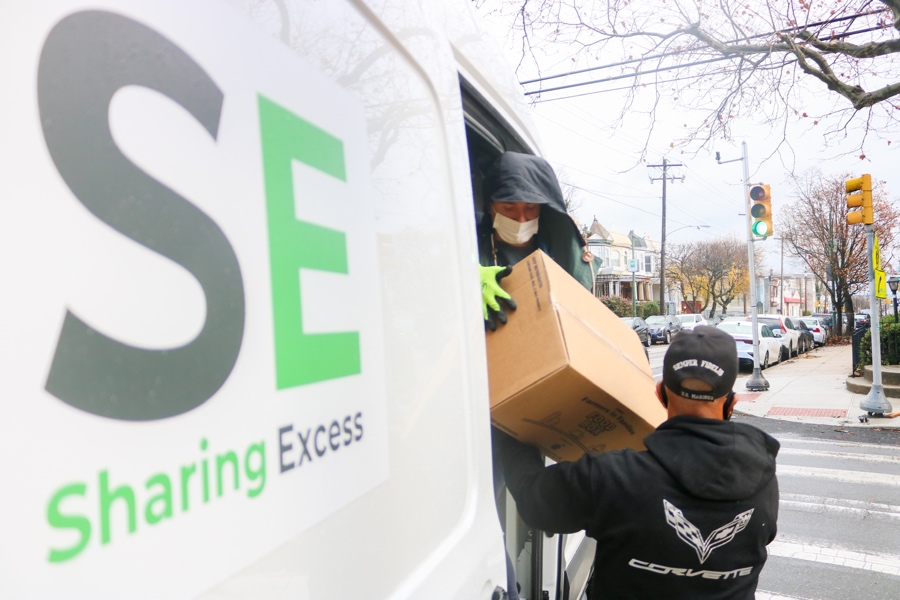 Last March, as Philly scrambled to adjust our lives to Governor Tom Wolf’s new shutdown orders, Drexel alum and Sharing Excess founder Evan Ehlers realized something: Restaurants prepared for a busy week would suddenly find themselves awash in leftover food. Sharing Excess, the fledgling food rescue nonprofit founded by Ehlers and staffed by college students, sprung into action. In 48 hours, Ehlers and his team rescued more than 10,000 pounds of food — enough to feed roughly 90 families of four for a week — from 24 different restaurants, including Saxby’s cafes and Stephen Starr locations.

Throughout the rest of 2020, as hunger worsened in the city and food supply streams grew more unpredictable, the organization helped bridge the gap between excess food in grocery stores and restaurants and food-insecure Philadelphians. By December, Sharing Excess had rescued one million pounds of food, and the past two months have been the group’s biggest to date. Each week, Sharing Excess distributes an average of 100,000 pounds of food, or enough to feed 900 families for seven days — this puts the organization well on its way toward reaching its goal of rescuing two million pounds of waste by the end of 2021.

Though it now occupies a vital niche in the city’s food-sharing web, Sharing Excess grew from a college student’s momentary realization. Four years ago, Ehlers, then a second-year Drexel student, was sitting in class when he had an idea. He realized that he, like many of his fellow students, would be finishing the school year with dozens of leftover meal swipes on his student meal account. Those swipes were going to go to waste. What if, Ehlers thought, he could run through the Drexel University cafeterias, swiping his meal card and stacking up to-go box after to-go box, and donate this food to those who need it? So, he did. He ordered 50 meals, packed up his car and drove around the city, offering meals straight from Drexel kitchens to those experiencing homelessness and hunger.

“It was actually one of the most meaningful days of my life,” says Ehlers. “In a small way I felt like I was making this connection and solving a problem, and that was exciting and I wanted to keep doing it.”

Meet the Startup Founders Fighting Food Waste, One Avocado at a Time 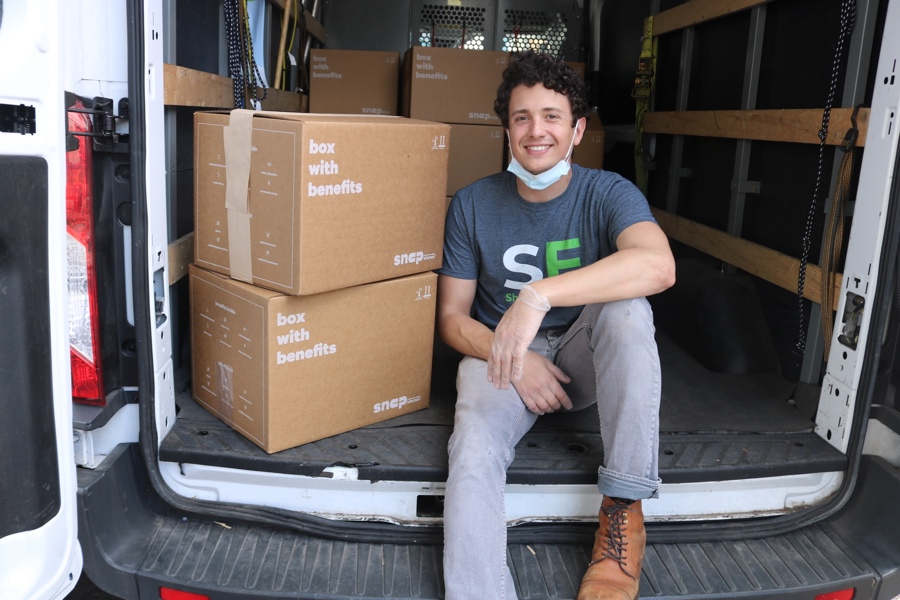 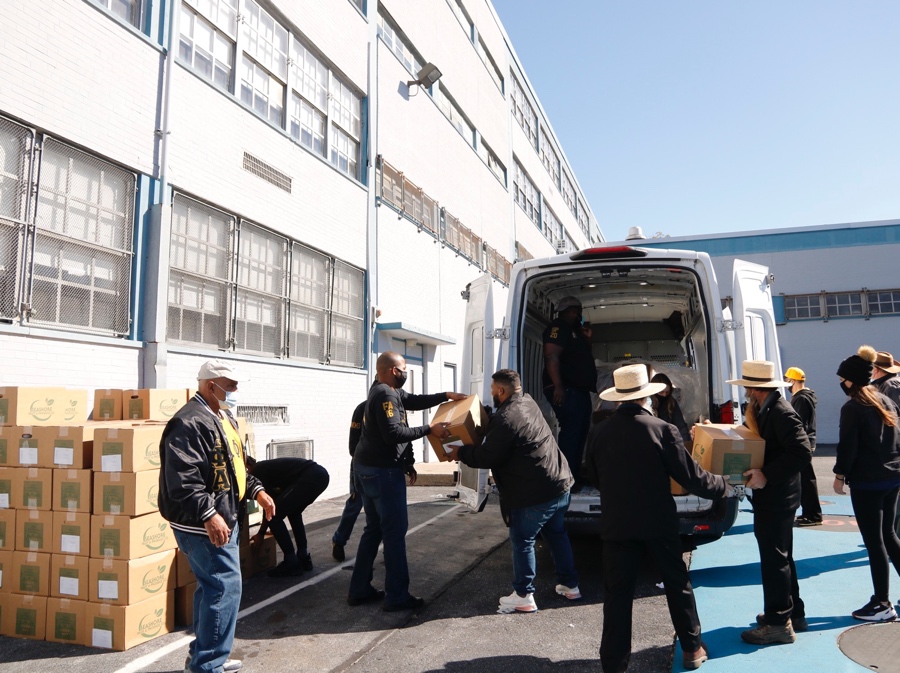 Eventually, Ehlers and his roommate would establish Sharing Excess, a 501c3 nonprofit, and grow it through Drexel’s entrepreneurship co-op program. It’s still focused on helping to recycle unused meal swipes, but now, staffed by volunteers and college interns from Drexel, Temple, Penn, St. Joseph’s and Pitt, the organization has an important role — it connects smaller companies with food excess directly to the storage rooms of city hunger relief organizations.

Established community fridges like Philabundance and local shelters like Sunday Rescue Breakfast Mission have been combating food insecurity for decades, and in the process have developed extensive process of obtaining and delivering food. They receive truckloads of food deliveries arranged with major grocery corporations, and have networks to get the food distributed to community agencies citywide. But, despite these successful efforts to rescue millions of pounds of food, some food still gets lost in the shuffle. Managers at individual grocery locations and restaurants are forced to throw away produce, dairy products, and bakery items that are approaching their expiration dates — two dozen bell peppers here, a couple of gallons of milk and a few packages of cookies there. Larger nonprofits are often unable to pick up these items before it’s too late—the haul is simply too small to make it worth their while. So, the food is tossed.

Sharing Excess, run by Ehlers and staffed by mostly flexible, energetic college kids, answers the proverbial bat signal. With windows of time in their class schedules and the ability to quickly drop what they are doing, college students — most of whom attend Drexel — have become essential to the operation. Since Sharing Excess’s founding, restaurateurs don’t have to toss those tomatoes by the end of the day. They can call the organization, and one of its 90 volunteers will be there with their car in 30 minutes.

“It’s just a natural human instinct to feel disgusted when you’re throwing out perfectly edible food,” says Ehlers. “These businesses are no different even though they have this inevitable waste. That partnership strategy was so easy for us, and students love the idea of not only being able to help, but there’s almost something magical about seeing all of this free food in front of you that has the potential for making an impact in someone’s life.”

Each year, between 30 and 40 percent of the food supply across the country goes to waste. This food takes energy and water to produce and transport. The production of just one apple, for example, requires approximately 33 gallons of water. When it’s thrown away, it sits in a landfill and produces methane as it decomposes. Meanwhile, 11 percent of Americans face food insecurity. And in Philadelphia, the poorest big city in the U.S., 20 percent of us (or 300,000 people) do not consistently get enough to eat.

When the shortfall of food excess — due to business’s continued closures and grocers adjusting their supply streams — inevitably came, Sharing Excess met the problem head-on. With funding from individual and corporate donors and both public and private grants, Ehlers found a space to rent in West Philadelphia (on Facebook Marketplace, naturally) that allows them to receive deliveries from major wholesalers and temporarily store food.

Sharing Excess successfully created a delivery network in which they bring rescued food to small organizations that have popped up to meet the increased need resulting from the COVID-19 pandemic, such as Everybody Eats, the West Philly Bunny Hop  and Mama-Tee Community Fridge. That network exists in addition to the ongoing partnerships they have with larger food banks like Philabundance and Share Food Program, in which Sharing Excess both picks up food surplus from grocery stores and restaurants on their behalf, and delivers food to the community organizations and pantries that partner with Philabundance. 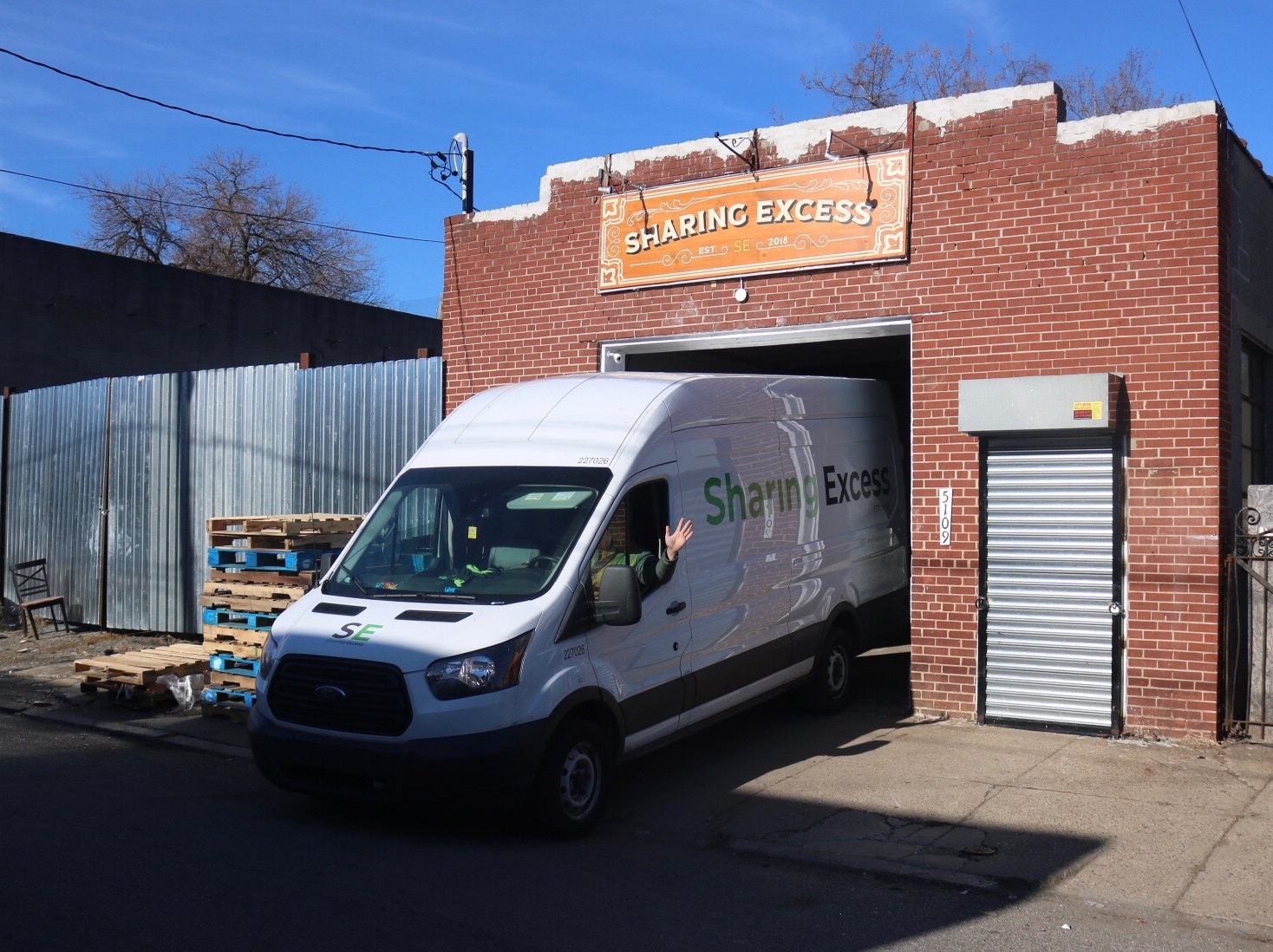 Cheyenne Pritchard, the manager of new business and innovation for the food sourcing team at Philabundance, says COVID-19 has caused product to become available “at a very ad hoc moment.” Sharing Excess is agile, and can address the surplus of businesses that may not have had much notice before needing to close for the day.

“Sharing Excess is really great at mobilizing people on the ground and getting college students involved,” adds Pritchard. “Our mutual goal is getting more food out to people who need it, so our partnership looks at mostly grocery store partners and how we can pair to better service both our donors and our agencies.”

Thanks to the amount of food they’ve captured, the Sharing Excess team has also begun to distribute food directly. On Saturdays, Philadelphians can find them handing out food at West Philly’s Malcolm X Park, the Block Gives Back (6831 Torresdale Avenue) in the Northeast, South Philly’s Bethany Miracle Center and the Lansdowne YMCA. The team has also started to deliver food-filled boxes — which also happen to be donated excess — to the homes of senior citizens and immunocompromised people.

The organization continues to look toward the future. This month, they implemented a smartphone app developed by their Drexel co-op students that will help connect and manage pickup routes, much like Uber does for individual travelers. The group aims to rescue two million pounds of food by 2021, grow their partnerships with other hunger relief organizations, and continue to expand to other cities facing the same food security challenges.

More than anything, Sharing Excess proves what is possible when community organizations coordinate and adapt. “Instead of there being this sort of competition of who’s trying to make the most impact where,” says Ehlers, “the pandemic has forced us to think about how we can work together.”

Help Sharing Excess rescue food and feed the city by donating surplus food, volunteering to drive, or simply making a pledge to identify and share excess in your own life.