We chatted with Freeway, who spoke at the National Kidney Walk this past weekend, to hear about his experience with kidney failure. 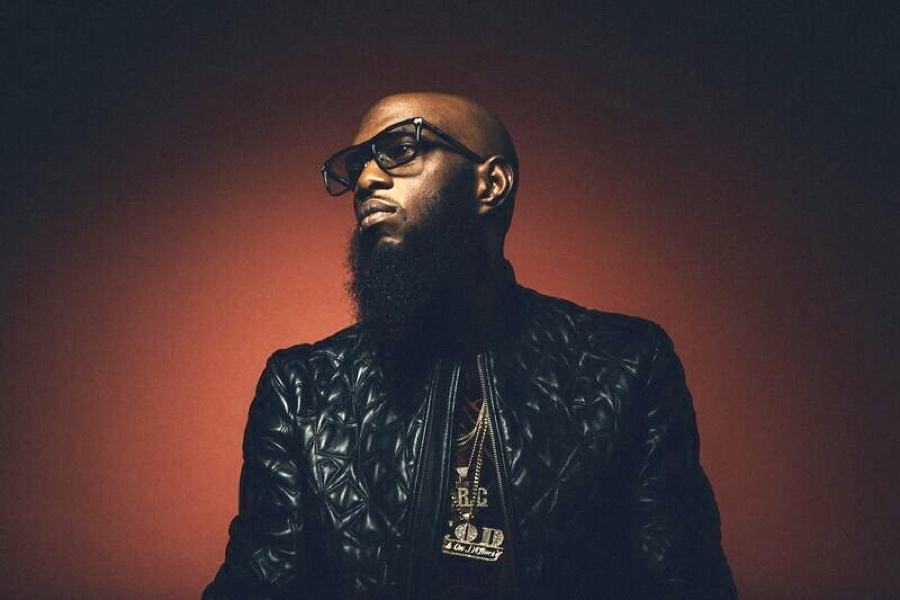 Philly-based rapper Freeway has become an advocate for kidney disease awareness since being diagnosed with kidney failure in 2015. / Photograph courtesy of Freeway

In 2015, the Philly-based rapper Freeway started feeling sick and tired. At first, he thought it was nothing — passing flu-like symptoms at most. But as weeks went by, he suspected his body was trying to tell him something. Eventually, he was diagnosed with kidney failure and put on the list for a transplant. Freeway had three of the major risk factors — hypertension, diabetes, and simply being African-American — but had no idea that these increased his chances of suffering kidney failure. That might be the case for a significant chunk of Philadelphians: Close to 20 percent of Philly’s black population, which makes up 43 percent of the county, has been diagnosed with diabetes.

Over the past few years, Freeway, now 40, has become an advocate for kidney disease awareness and a partner with the National Kidney Foundation. This past weekend marked a big milestone for him: It was his first time participating in the Philadelphia Kidney Walk with his new kidney. We chatted with Freeway to discuss how he balances his career with illness, why he chose to become an activist, and how he hopes to inspire fans to take care of their health.

Where are you from?

Why are you walking with the National Kidney Foundation?

I do different things with them. I feel as though it’s important because I know I have a fan base, and I know there’s people that look up to me, and I was unaware I was running around with three of the leading risk factors for kidney failure — one being hypertension, another one being diabetes. And surprisingly,  just being African-American is a risk factor. I was unaware, and if I would’ve knew, I’m pretty sure I would have took better care of myself, and I would have tried to take the proper steps, so I wouldn’t be in the situation that I was in.

What advice would you give to others about the prevention of kidney diseases?

First and foremost, I’d just tell them it’s important to be aware of and know what’s going on with your body, so I would try to encourage people to make sure they keep up with their routine physicals. Make sure they get bloodwork done at least once a year ‘cuz when I first started getting sick and feeling fatigued, I was going back and forth to the doctor’s and until I did bloodwork … they didn’t know what was going on. That’s the only thing that can tell you what’s going on inside your body 100 percent. Especially young black males, we don’t think about going to the doctor’s. We think that we invincible. Like, when I first started feeling fatigue, I was like, ‘This is gonna pass, Imma be all right.’ Until it came to a point that it wasn’t just being tired.

It’s important to watch what you put into your body [too]. You gotta be cautious about what you take in, and it’s hard living in the ghettos and the inner cities. All you got is Chinese stores, corner stores with a bunch of potato chips and sugary products and everything. It’s hard to get healthy food in the ghetto. Even when you go to the market in the inner city sometimes, a lot of the stuff don’t be fresh. It’s a challenge in itself.

What words of encouragement would you give anyone living with a kidney disease?

I would just tell them to stay strong, keep their faith in God. You gonna have your good days, you gonna have your bad days. The most important thing is to not give up. Being on dialysis [when your kidneys fail, dialysis keeps your body in balance by removing waste, salt, and extra water to prevent them from building up in the body] for four years, I’ve gained relationships with people in my unit, and there’s people there that once they give up they just start going downhill. Once they feel like, ‘Oh, I don’t even wanna do this no more. I don’t wanna be here no more,’  they just start going downhill. You gotta keep yourself motivated, and you gotta believe that things can get better.

What are you most excited for with the Kidney Walk?

I’m just excited for the whole thing. It’s in my hometown. It’s really like full circle because when I started feeling crazy was at Made in America at the Art Museum. I was performing with Fabolous and when I got onstage and I was on the side of the stage, and I looked out into the crowd, I had like an anxiety panic attack, like, ‘I can’t do it.’ I felt like I was gonna pass out. Even when I perform naturally I get nervous, but I never felt that feeling that I had at that time and it was because I was sick. So I feel like it is coming full circle. Now I got the new kidney that’s where we starting the walk off at, and I’m just excited, man. I’m happy.

What keeps you motivated?

Just knowing that it’s people out there that’s looking up to me: family, friends. I influence a lot of people. I want people to know that no matter what is thrown at you, if you stay strong and you keep pushing you can overcome it. I been fighting my whole life and I’m still here and God is good, amazing.

Freeway will be performing at the Freeway and Friends Concert October 18th at the Ardmore Music Hall, and a portion of the proceeds will be donated to the National Kidney Foundation.