Including where to buy the cheapest organic food around the Delaware Valley and how Amazon has affected Whole Foods prices. 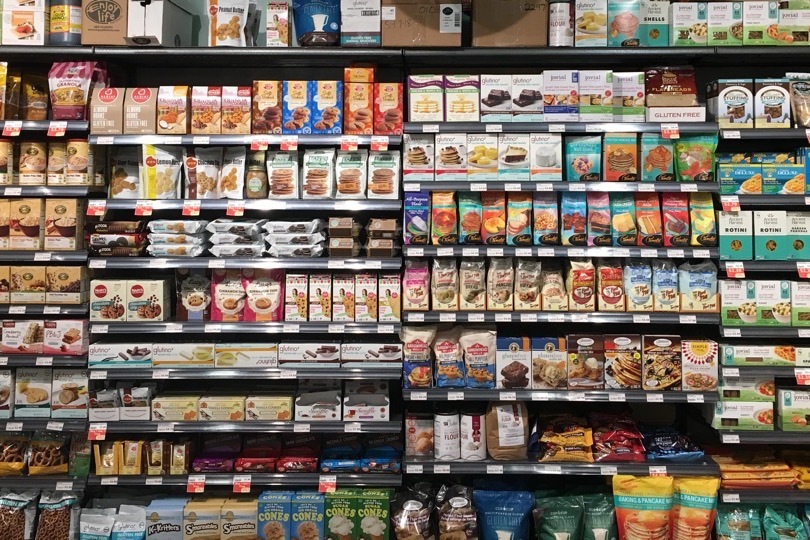 Mom’s Organic Market sells some of the cheapest organic food in the Delaware Valley, according to the new Consumers’ Checkbook study. Photograph by Sarah Madaus.

Let’s face it: Grocery store prices are something that affect us all. And according to a new Consumers’ Checkbook study of Delaware Valley grocery stores (made available for free thanks to the Philadelphia Inquirer), where you shop — and how you shop — can make a pretty big dent in your total bill.

For the study, Consumers’ Checkbook researchers used a 154-item list to shop Delaware Valley stores and compare prices, and also surveyed locals to get their feedback on quality. Below, five of our biggest takeaways from their substantive report.

If you’ve been shopping at Whole Foods for a while, it shouldn’t come as a shocker that the prices haven’t gone down that much since Amazon bought Whole Foods. According to the Consumers’ Checkbook study, Whole Foods is still the Delaware Valley’s most expensive grocery chain. However, some good news for Whole Foods devotees (or, you know, the people who live near one and have no other options): The produce section is where you’ll see the most post-Amazon cost savings. So if you’re into healthy, fresh food, you can take heart in the fact that you’ll find slightly better produce prices at Whole Foods these days — prices which, according to the study, are now lower than at Acme or Target.

While Wegmans wasn’t the cheapest grocery store option in the study, Consumers’ Checkbook did find that their products ranked number one in quality, based on a survey of area customers. And when it comes to organic, the study found Wegmans to be one of the cheapest places in the Delaware Valley region to shop — it tied TheFreshGrocer for cheapest organic meat and dairy, and it was cheaper than Whole Foods, Trader Joe’s, Acme, Giant, and Weis when it came to organic produce.

What You Spend Isn’t Directly Correlated With Quality

Unfortunately, paying more for groceries in the Delaware Valley doesn’t mean higher quality food, according to the Consumers’ Checkbook findings. While Acme’s higher prices were second only to Whole Foods in the study, only 42 percent of survey participants ranked the products as “superior.” And while the study found that Walmart’s prices were on average 17 percent lower than the competition, people weren’t thrilled with the quality — only 16 percent of survey participants called it “superior.”

Aldi Really IS That Much Cheaper Than Trader Joe’s

Mom’s Is Actually a Smart Place to Buy Organic

And speaking of misconceptions, I also admittedly have pegged Mom’s Organic Market as a pricey place to shop, but it turns out, it’s actually one of the cheapest places to buy organic produce, according to the Consumers’ Checkbook study, second only to ShopRite (I know, I’m surprised too!). And when it came to organic meat and dairy, it was also one of the cheapest, behind TheFreshGrocer, Weis, and Wegmans.