Adoptable pit bull puppy Giddy is ready to come out of his shell and find a new family. 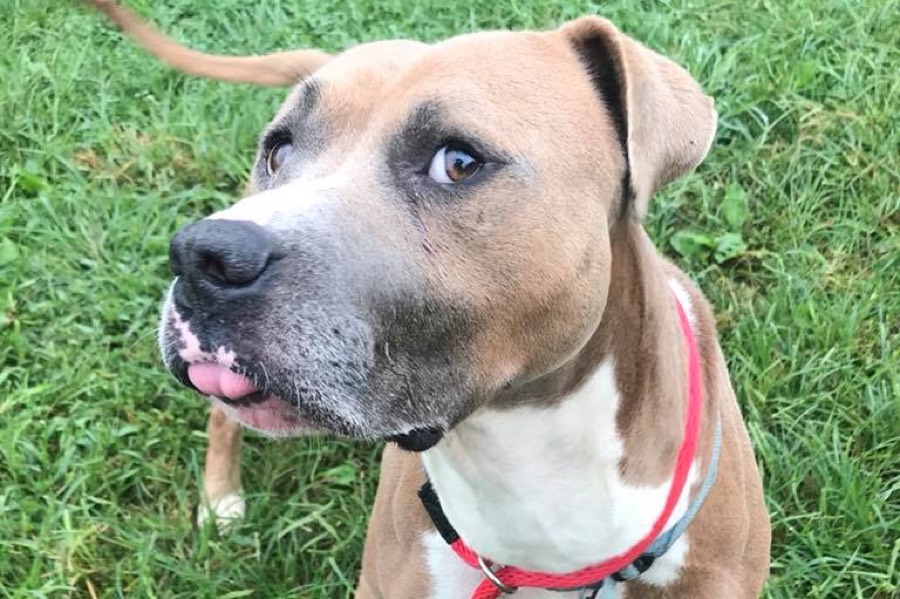 You know how people can be a tad shy or introverted? Well dogs can, too — especially dogs that have had a rough go at life. So please allow me introduce you to one shy guy with a gleaming heart underneath an introverted exterior, Giddy. Giddy found his way to ACCT in July when he was picked up as a stray. Since he’s been at the shelter, volunteers have found him to be overlooked by potential adopters because of his bashful nature, despite his sweet disposition and dashing appearance.

Giddy, while only about a year old, is a fantastic runner! No pulling, swaying, or jumping will come from this guy. Rather, he’ll happily trot along in front of you for as long as you want. But with Giddy, the real fun comes after the run, when he’s all warmed up and ready for some affection and love. The Monster Milers have found that running gives Giddy confidence — which is not only very adorable, but it’s highly human-like as well.

All in all, Giddy is a top-notch young man that will undoubtedly blossom out of his timidness as he grows older and lands with a loving family. That’s where you come in. Read on to find out more information about Giddy to help determine if he’s the best friend and running buddy for you. 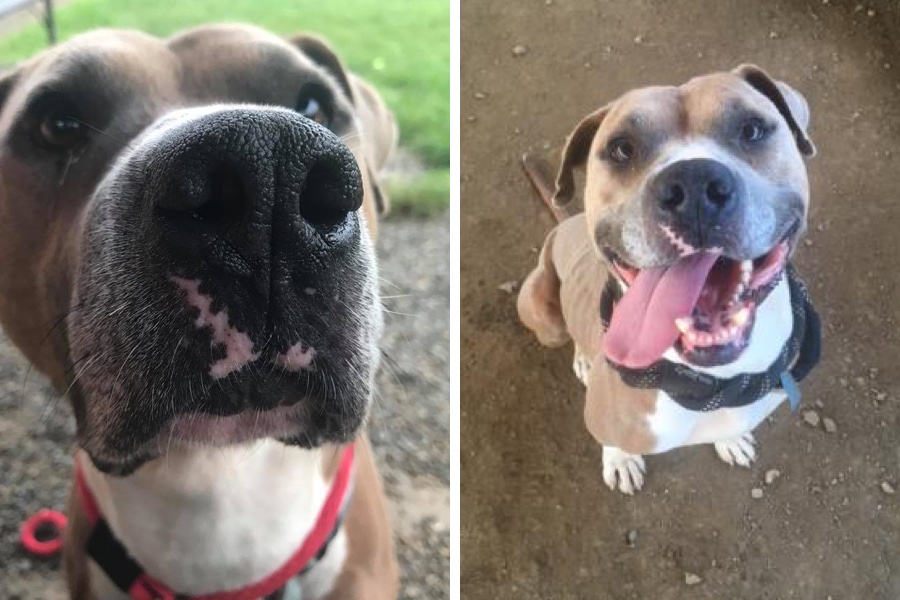 Age: About one year – still just a pup!

Running style: Giddy is only one year old so he has a decent amount of energy, but his energy is only directed towards running in a straight line, which we LOVE. Although he is a young pup and likely doesn’t have previous running experience, he won’t be all over the place like many new runners would. He is focused and well behaved; none of that “trip you up” type zig-zagging many other newbies are into. He keeps all four paws to the earth, and trots along in front of you. He isn’t one to jump up and try to do flips on the end of your leash either. Giddy’s favorite part about a good run is relaxing with you in the grass afterward. Although he is shy, running gets him out of his shell and has helped to build confidence in him. Once you run with him, you will be buds and he’ll surely show you affection.

Why Giddy could be the right dog for you: Giddy is a bit of a shy guy who warms up when he gets out of the kennel, and really thrives on running — time with volunteers and humans seem to help build his confidence. Otherwise, while out, he’ll show you that he knows “sit” and takes treats gently. The shelter environment is tough on Giddy and visitors have overlooked him. Give him a chance to open up in a real forever home, and he may surprise you with the puppy underneath his puppy blues.

How to adopt: ACCT Philly is open for adoptions 7 days a week. You can visit anytime during their adoption hours (weekdays 1pm until 8pm or weekends 10am until 5pm) for a meet, or reach them at adopt@acctphilly.org or 267-385-3800. If you choose to go in person, be sure to bring the family and any resident dogs.