Where to Find Vegan Tacos in Philadelphia Right Now 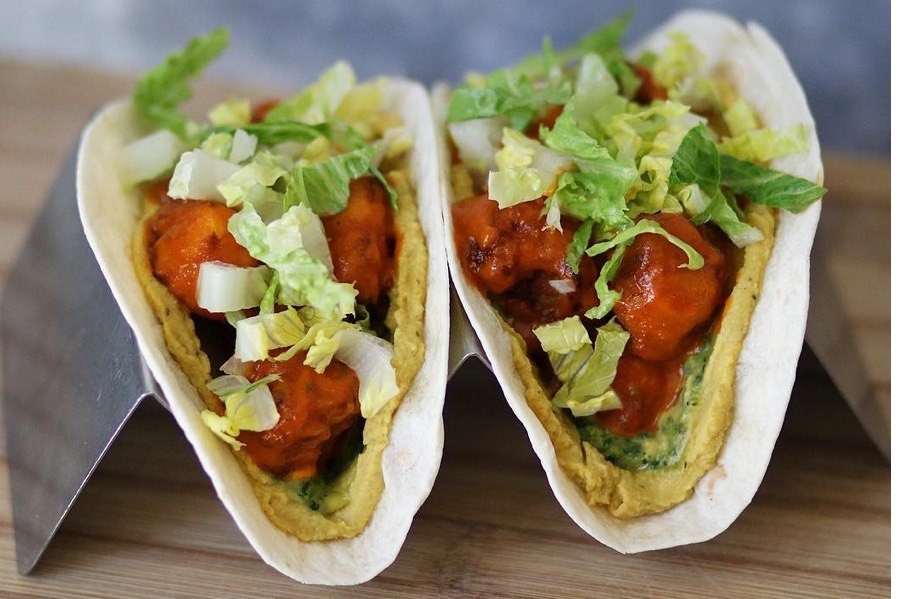 At this point, tacos are basically a food group, right? There is certainly no lack of taco variety here in Philadelphia — and that includes vegan tacos. Below you’ll find nine local taco shops and restaurants serving up tacos that are totally free of meat and dairy, while still being totally delicious.

What: A night out at Mission Taqueria can be as veggie-filled as you want it. After having a few of their signature green juice margaritas, soak it all up with their grilled mushroom tacos which can be made vegan by asking the kitchen to skip the cheese. Alongside grilled mushrooms, an avocado, and jalapeno puree, and pickled fresno chiles will grace your tortilla.

What: Chances are if you’re vegan, you’ve had these babies innumerable times — I know I have, and they never disappoint. The cauliflower is so tender and the buffalo spice so perfectly balanced by the black bean puree and green goddess dressing. Plus, you’d be surprised at how filling a serving of two of these can be — after a chips and guacamole appetizer, that is.

What: Two whole, clearly labeled vegan tacos on one menu? That’s nearly unheard of at a non-vegan restaurant. The BBQ cauliflower taco is topped with a chipotle sun-dried tomato vinaigrette slaw and cilantro, and the mushroom taco boasts a corn and black bean salsa and a creamy avocado chimichurri sauce. YUM.

What: No matter the time of day, P.S. & Co. can hook you up with a delicious vegan taco. During breakfast and brunch, there’s three sprouted corn tortillas topped with tofu scramble, romaine, raw red pepper cheese, pico de gallo, miso cheese, and guacamole. Veracruz tacos are offered for dinner, featuring BBQ sauce-tossed tempeh, pickled pineapple, and scallions on a sprouted-corn tortillas. Yes, both are healthy and delicious.

What: Lozo Pez serves up two vegan taco options, including a soy chorizo for a vegan-friendly take on a traditional ground beef taco. The seitan and spinach taco are a unique, but delicious (and protein-packed!) take on a vegan taco. Both are served with cilantro and onions. It’s worth noting that this taco joint is cash only.

What: Chow down on some veggie-filled soft tacos at Cafe Ynez. They are vegan with one modification — you guessed it, no cheese. The tacos are filled with garlic, sautéed shallots, corn, whole black beans, baby spinach, and are topped with pico de gallo and a smoked jalapeno salsa.

What: Woah — that’s all we have to say about these taco options. The Korean friend tempeh taco is topped with radish kimchee, tomato and a Sriracha special sauce (anything with a special sauce, am I right?). The Cauliflower “65” featured a whipped dal, mint chutney and a curry hot sauce, making it an Indian-inspired gem.

What: Let’s start off with the vegan cheesesteak taco: chipotle onions, fried yuca, smoked mushroom ketchup, smoked mushroom ketchup, and vegan mozzarella. I mean, who, in their right mind, would turn down such a concoction?  For the traditionalists in the bunch, the ground beef taco is an equally-as-delicious option, stuffed with a vegan ground beef and topped with pico de gallo, vegan crema, and vegan mozzarella.

What: Any vegan will leave Cantina los Caballitos with a full (and happy!) belly because there are a plethora of vegan eats on their menu. Each of these tacos is topped with cilantro and onions with the option to add on pico de gallo, guacamole, or jalapenos for an additional cost.