Making a difficult journey easier for others. 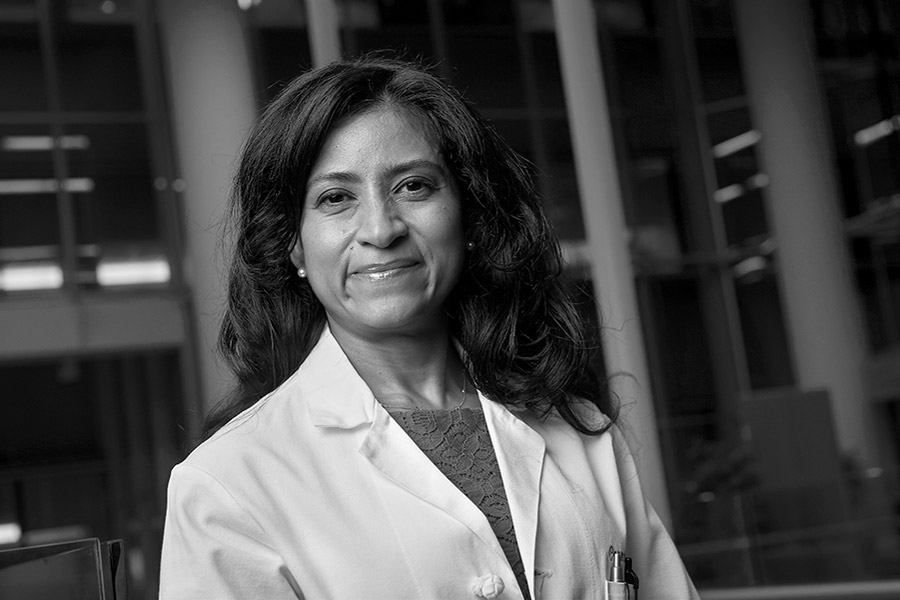 The Migration Policy Institute estimates that 27 percent of the approximately 850,000 practicing physicians and surgeons in the United States are foreign-born. I am part of this statistic. My family left Honduras, the second poorest country in the Americas, when I was just three years old. The Honduras I saw as a small child showed me that in life there is a struggle against the forces of nature, poverty, violence and disease. These glimpses early in my life helped me appreciate the sacrifices my family made when they left behind everything they had ever known to emigrate to the United States in search of a better life and the opportunity of an education for my brother and me.

Because I was aware of those sacrifices, I worked diligently to transform myself from an immigrant student who was unable to speak English into an honors student in high school, eventually becoming the first college-educated member of my entire family and then going on to become a doctor. That journey was difficult, but it was fueled by an incessant drive to make the most of the precious opportunity I had received — an opportunity I knew had been denied to so many other children still living in Honduras. I vividly recall how much my parents and I cried the day I graduated from medical school in 1993. It was the day when decades of sacrifice and hard work by all of us culminated in the realization of what was once a far-fetched dream.

Throughout my journey, I regularly wondered: Why had I been the lucky one? Why was I one of the very few who were able to leave a country where some families live on less than $2 per day? I was born on the outskirts of a city, San Pedro Sula, known for having one of the highest murder rates in the world, yet I managed to escape unharmed. Fifteen percent of Hondourans never attended any school. Yet here I am, a doctor, privileged and honored to be on the faculty at one of the best universities in our country, if not the world.

And why was I so fortunate as to be supported by kind strangers who generously contributed to university scholarships for students in need, and the kindness of teachers and mentors who taught me and modeled success for me? The guilt sometimes was unbearable — until the day I realized that I could use the gifts I had been given in life to help others whose dreams of a career in medicine might seem as unattainable as mine once did.

So I went to work again, creating programs that eliminate barriers to careers in medicine for other students. I visited area high-school science classes and spoke about my research on racial and ethnic disparities in medicine. I also shared the story of my personal journey. Underrepresented minority students often approached me at the end of these talks — sometimes moved to tears — to thank me for inspiring them to dream about careers in medicine. As hopeful as it made me to know I was reaching kids who had never before been told that they, too, could achieve their dreams, help people, and save lives, I needed to do more than just inspire them. I wanted to personally knock down those walls I had encountered so that no student with the dream and motivation to be successful would have to be told “No.” I wanted to create a program that would eliminate the barriers to careers in medicine for underrepresented minorities.

Many such students are from families who either have limited educations or completed their educations abroad, and thus often don’t have the knowledge or access to opportunities and/or networks to help them explore professional careers. With support from many colleagues at Penn, I created a program to fill that void. It allows high-school students to shadow practicing physicians, giving them an intimate look at the deeply personal and fulfilling interactions that doctors have with patients. A second program allows underrepresented minority medical students to immerse themselves in a mentored research experience during the summer between their first and second years of medical school, take a master’s-level course in health services research, and attend a national meeting for health service researchers. Our sincere hope in creating these programs is that more underrepresented minority students develop a passion for helping others through science and medicine and consider careers in academic medicine.

Currently, only eight percent of the professors at academic medical centers are underrepresented minorities — and yet the U.S. Census confirmed that 13.3 percent of the U.S. population is African-American and 17.8 percent is Latin American. Furthermore, the proportions of black and Latino graduating medical students in 2012 were 6.8 and 7.4 percent, respectively. Having more underrepresented minority physicians would draw on the strengths of all segments of our diverse society and produce more doctors who can provide culturally competent care to our diverse patient population. In addition, African-American, Hispanic and Native American physicians are much more likely than are white physicians to practice in underserved communities and to treat larger numbers of minority patients, thereby increasing access to health care for underserved patients. If given the choice, racial and ethnic minority patients are more likely to choose a health-care professional of their own racial or ethnic background, and they’re generally more satisfied with their care when treated by a health professional of their own racial or ethnic background.

People today talk a lot about “privilege.” Here is my privilege: Medicine has allowed me the honor of healing, relieving suffering, and comforting others. It has also bestowed the greatest gift of all by allowing me to give back to students living in a country that has already given me so much.

Carmen Guerra is an associate professor of medicine in the division of general internal medicine at Penn’s Perelman School of Medicine, and associate director of diversity and outreach at Penn’s Abramson Cancer Center.