This South Philly Playground Has a New Multi-Sport Turf Field 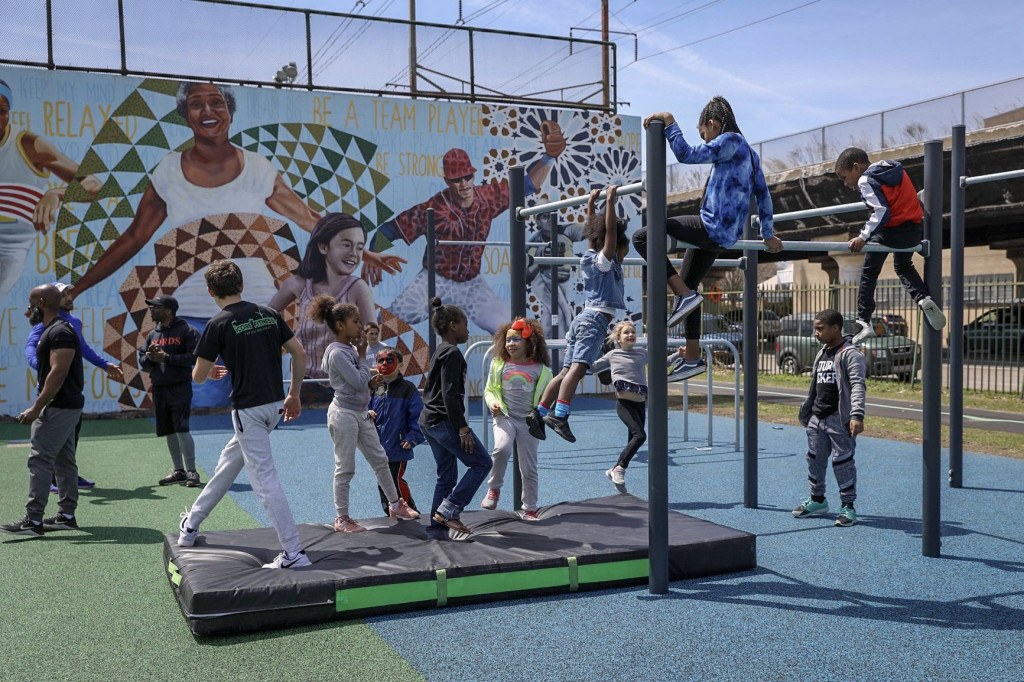 Former Philadelphia Eagles outside linebacker Connor Barwin may have missed out on winning the Super Bowl with his old teammates this year, but he has a different kind of victory to celebrate. His nonprofit, Make the World Better, just unveiled the completion of its second major park renovation in Philadelphia.

Barwin founded Make the World Better (MTWB) in 2013 with a mission of making well-designed public spaces available to all. Previously, MTWB renovated Ralph Brooks Park in Point Breeze after Barwin noticed the need for updated equipment on his bike trips past on the way home from Eagles practices. 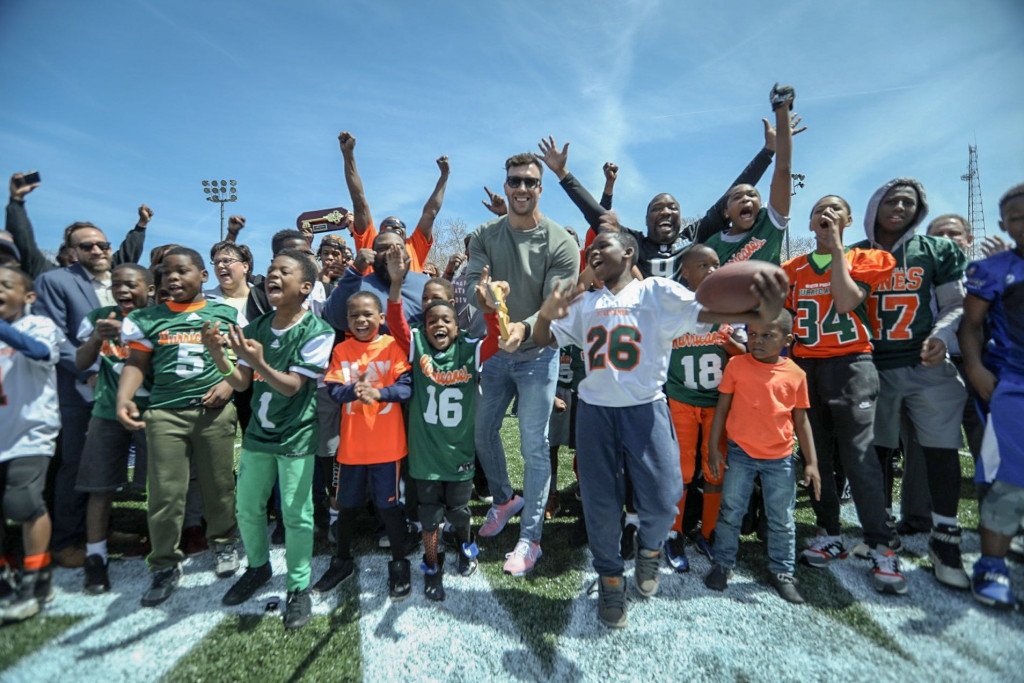 In 2015, MTWB foundation turned its attention to Smith Playground — no, not the one in Fairmount Park; this Smith Playground occupies a 7.5-acre plot at 24th and Jackson Streets in South Philly.

“I’m not competitive or anything, but while Smith Memorial in East Fairmount Park has a slide and a playhouse, here in South Philly we’ve got a turf field, a fitness track, and much more,” said Barwin, in a press release about the renovations. “Make The World Better is truly honored to have worked with the City of Philadelphia, the community, and so many great partners on making Smith Playground such a dynamic place for the neighborhood and the city.” 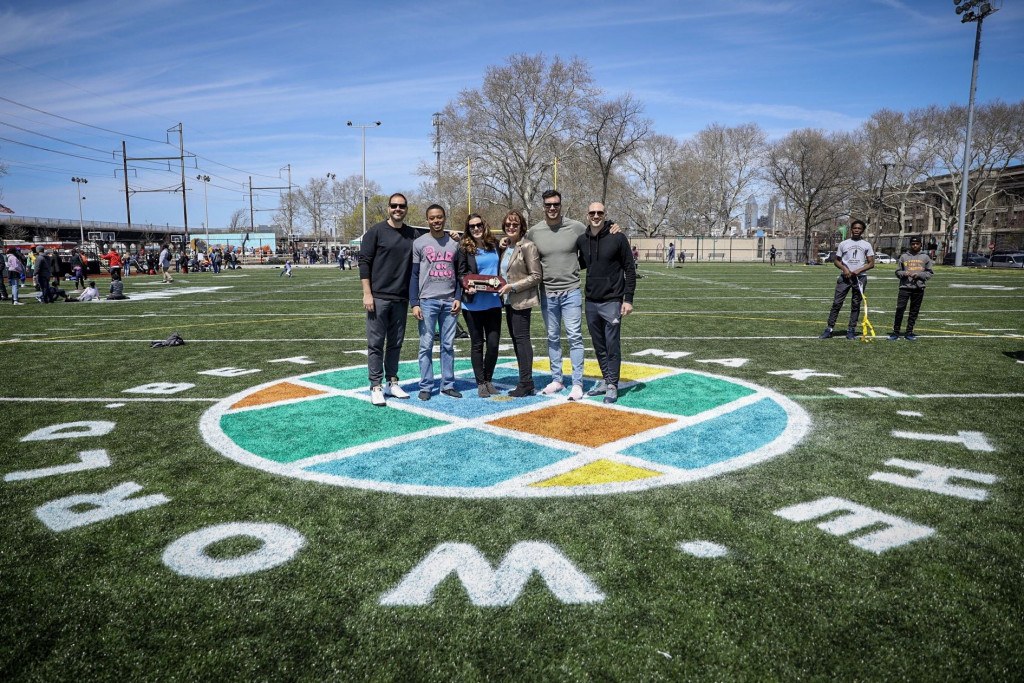 On Saturday, MTWB and city officials revealed the results of the multi-million dollar renovations, including new playground equipment, a multi-sport turf field, basketball courts, an outdoor fitness area, a walking trail, and updates to the Smith Playground Recreation building and the property’s stormwater management systems. 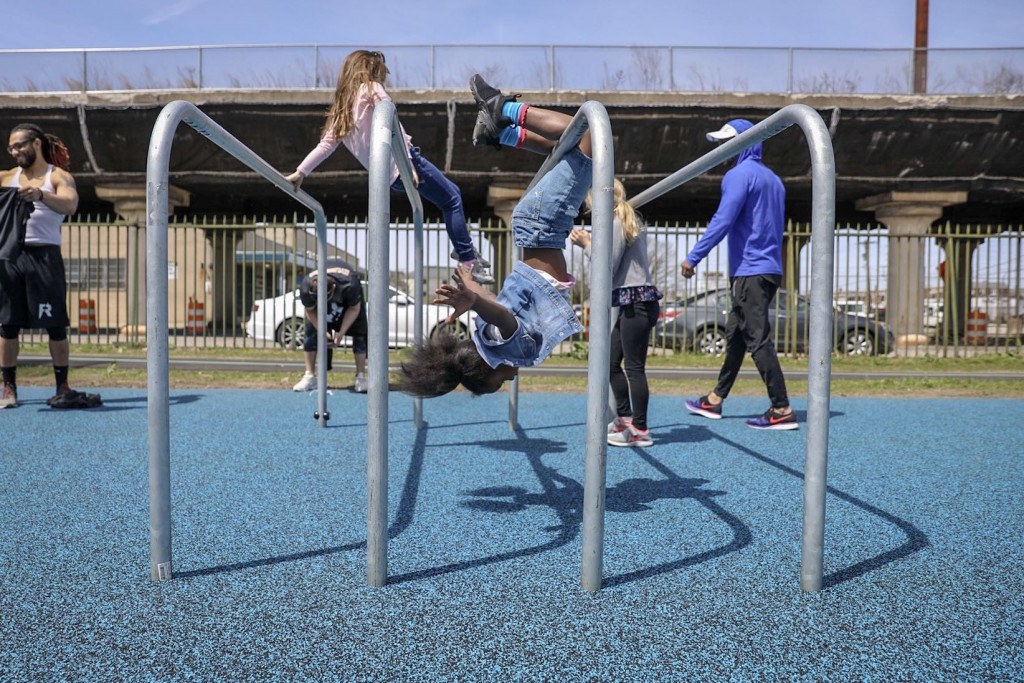 “Smith Playground is an excellent example of the type of high-quality recreation centers and open spaces that every neighborhood needs to aid in the success of our young people,” said Mayor Jim Kennedy at the park unveiling.