This Dog Has Been Returned To the Shelter TWICE. Who Wants to Give Him a Forever Home?

Despite a rough past, this adoptable dog is an absolute CHAMP. 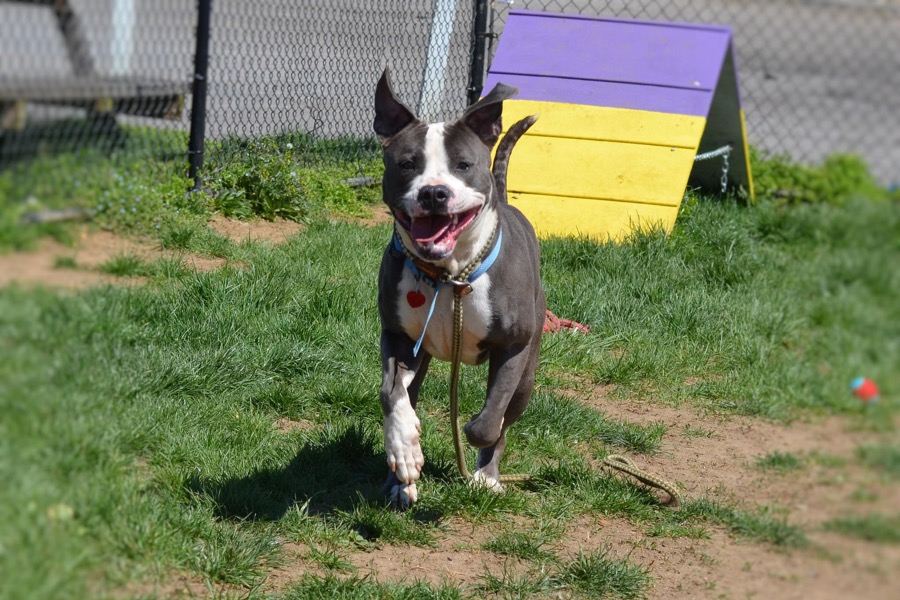 GUYS, this cutie is Jamie. He’s been a resident at ACCT Philly twice now — and if you ask us, we think this should be his very last stay. This hard-working running dog first made his way to the shelter in the spring of 2017. Naturally, he was scooped up and adopted (I mean come on, just look at his face). Unfortunately, this three-year-old stud muffin recently found his way back to ACCT as a stray. Now, he’s microchipped, but his owners were contacted and never came for him. Jamie is too sweet for this abandonment — we need to find him a fur-ever home ASAP.

Jamie is already a really great running companion — no pulling or tripping his running buddy for this guy, just smooth sailing at a ten-minute mile pace. Plus, he can already hit a 5K and will likely be able to go longer distances if you so desire. This motivated pup would rather keep pounding the pavement than stop to sniff fire hydrants and trees along the way.

While Jamie is all about keeping it moving during his runs, he can easily switch gears into chill mode — AKA snuggle sessions. Despite his poor luck with owners in the past, this cheery, playful and handsome dog is ready to settle down — no if’s, and’s, or but’s about it. Read on for more information to help you decide if Jamie is the running (and cuddle) buddy for you. 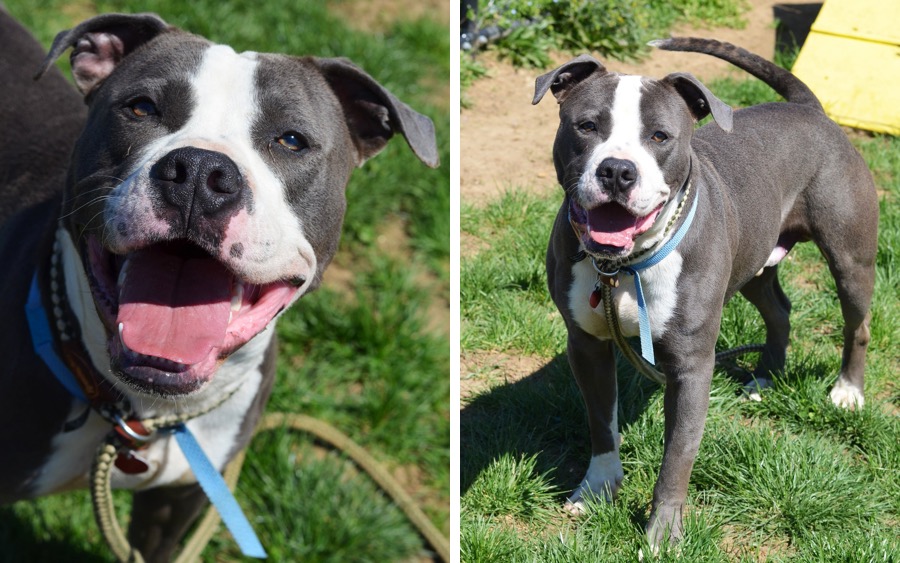 Background: Jamie was originally found as a stray in spring of 2017 and brought to ACCT Philly where he was eventually adopted. Unfortunately, he recently found his way to the shelter again as a stray. Because he was now microchipped, his owner was contacted but they never came to reclaim him so, Jamie is looking for another opportunity to be someone’s BRF (best running friend).

Running style: Jamie is a very steady runner — no zig-zagging or pulling (after the first two minutes) for him. He is currently averaging around a ten-minute mile, though he seems like he could speed up if his running partner was faster. Jamie can run a 5K already and would probably love to build his endurance so he can run farther with his human friends. He doesn’t enjoy stopping and, in fact, when he was stopped recently for some selfies, you could almost see him thinking, “Let’s just keep going already!”

Why Jamie should become your new running buddy: When he’s not focused on his run with you, Jamie enjoys playing fetch or staying active in any capacity. He would love to join you for hikes or long walks on the beach. He’s not all energy, all the time, though — he knows when it’s time to chill out and just cuddle. He’s enjoyed meeting other dogs at the shelter and also knows some commands. And can we talk about how gorgeous he is? He might not want to stop for selfies, but this guy is clearly photogenic. Jamie has been let down by his owners in the past but he still remains a happy-go-lucky and sweet dog who deserves another chance at a loving home. He’s available for adoption at ACCT Philly.

We work with The Monster Milers to profile local running dogs waiting to be adopted. The Monster Milers are a group of runners who help shelter dogs burn off  energy and get much-needed exercise by taking them on runs around the city, and they also just launched their first-of-it’s-kind Adopt a Running Buddy foster program. If you’re not in the market for a pup right now, but would still love to help out homeless dogs, you can always become a Monster Miler volunteer or foster parent. Find out more about how to get started with those processes here.
Like what you’re reading? Stay in touch with Be Well Philly—here’s how: