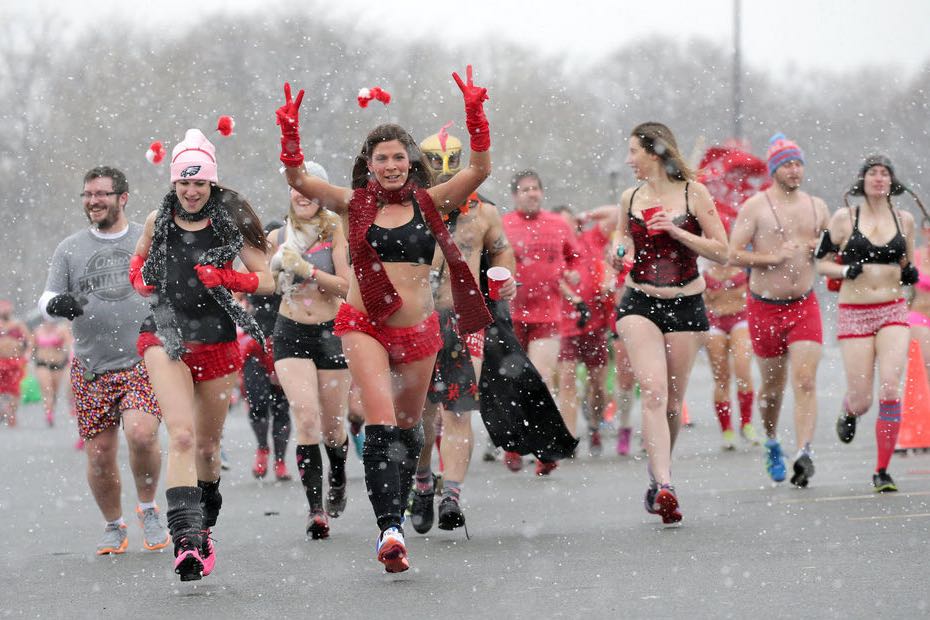 A past Philadelphia Cupid’s Undie Run. Photograph by Dan Frenia.

The Cupid’s Undie Run may be in its sixth year here in Philadelphia, but that doesn’t make the premise any less shocking: a bunch of grown adults, stripping to their whitey tighties and running a mile in the cold.

Of course, it’s all for a good cause. The Cupid’s Undie Run — which first started in 2010 in Washington, DC and now takes place in cities around the country — has to date raised $14.5 million to find a cure for neurofibromatosis, a genetic disorder that causes tumors to grow on the nervous system.

Over $840,000 of that money was brought in right here in Philly. The race organizers say they had around 400 runners the first year, and since then, they’ve had about 800 participants each year. This year, they’re hoping to raise over $160,000 and to break the $1 million mark for Philadelphia. 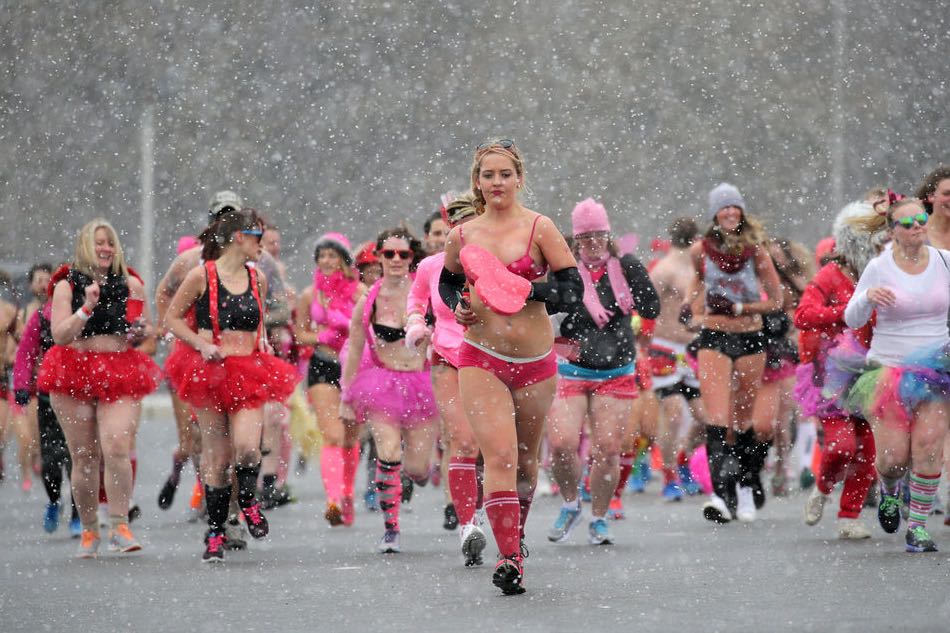 The run — if you can even call it that — is only a “mile-ish.” And because this is Philadelphia, there will be Mummers helping to guide the crowd and outline the race course. On either side of the run is a huge, scantily clad party.

The event kicks off at 12 p.m. noon on Saturday, February 10, at World Cafe Live in University City. After partying for two hours in your undies, you’ll run about a mile, then get right back to the party until 4 p.m. 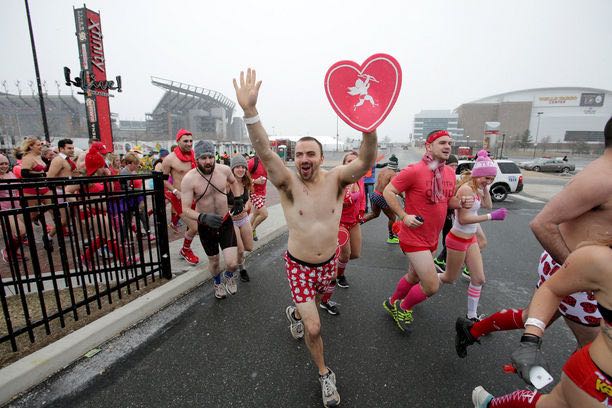 As to what the “party” portion actually entails, the organizers tell us they have some fun activities planned. There’s “Rip for a Tip,” in which a few, brave men will allow you to wax their chest hair (fittingly, into the shape of a heart) for a donation to the charity. Then there’s body painting — which, again, will raise money for the charity. Finally, the organizers have a silent disco in the works too, to keep those party vibes pumpin’.

And if this all sounds like too much of a blast to miss, you still have time to register for $40. You can sign up here.