Fact: You Need to Replace Your Kitchen Sponge WAY More Often Than You Think 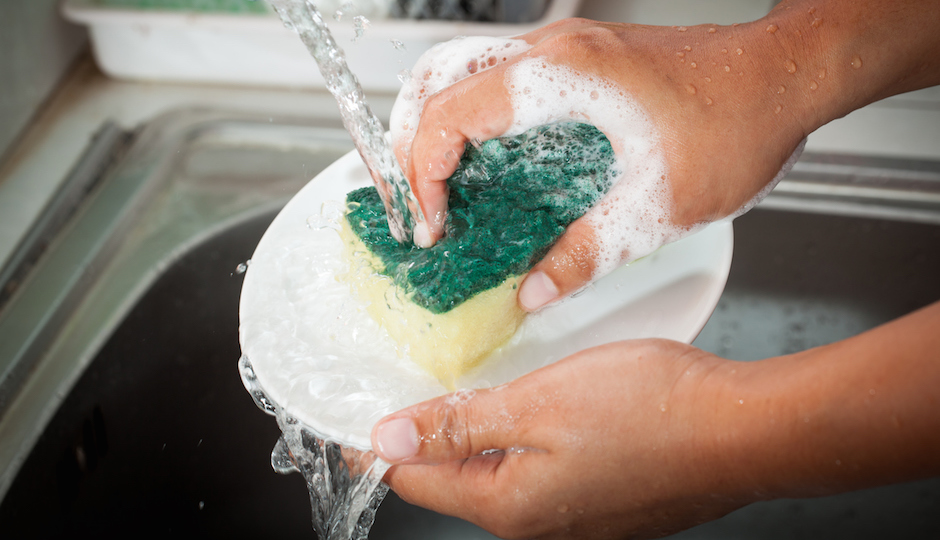 If you’re currently sipping your matcha latte out of a freshly washed mason jar, you’re going to want to put it down and read this. It’s no secret that your kitchen sponge is gross. And as reported on TIME, a new study published in Scientific Reports shows that cleaning it isn’t doing you any good.

The study, conducted by German researchers, looked at 14 used kitchen sponges and found that they all contained way more bacteria than anyone would want them to. To be more specific, their findings showed “an ubiquitous distribution of bacteria within the sponge tissue, concentrating in internal cavities and on sponge surfaces.” Yuck! And to make it all even more cringe-worthy, As TIME points out, previous sponge research shows that sponges are the second biggest carriers of coliform bacteria — as in bacteria found in human and animal feces. Yes, I’m cringing at the thought of ever touching my sponge again, too.

But here’s where the real revelation comes in: The researchers of this study found that cleaning your kitchen sponge — whether you’re nuking it or boiling it — isn’t helping. As they write, “From a long term perspective, sponge sanitation methods appear not sufficient to effectively reduce the bacterial load in kitchen sponges … ” They go on to say, according to their research, cleaning your sponge may actually lead to increased bacteria. Womp, womp. Instead, they suggest you replace your sponge — wait for it — once a week. We don’t know about you, but that is way more often than we replace our kitchen sponges. (Excuse us while we face-palm.)

So, slap on some rubber gloves and throw that germ petri dish in the trash, like, yesterday. Then, hit up Costco for backups.