Plus: How to get in as soon as doors open. 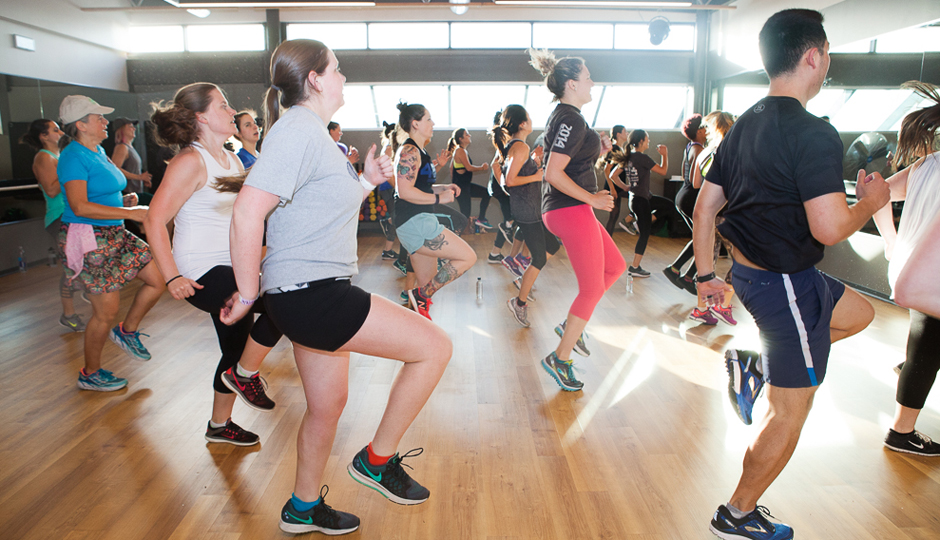 As you may remember, nearly a year ago now, we told you guys that City Fitness had plans to open a giant — as in 40,000-square-feet giant — fitness club in Center City’s Logan Square. The club, City Fitness’s fifth location and first Signature club (read: a bit fancier, a bit more expensive), will run the length of a full city block, occupying the entire second floor of the Sterling building at 18th Street and JFK Boulevard. And now, my friends, we know when the club will be opening its doors.

Okay, okay, enough suspense. The folks at City Fitness tell us that City Fitness Logan Square, at 1815 JFK Boulevard, is slated to soft open on September 5th. What does a soft open for a fitness club mean, you ask? Well, in the same way they opened their Fishtown location back in December, for the first month, only those who purchase pre-sale “early access passes” for $10 will be able to get their sweat on in the new gym (the $10 pass gets you no-commitment-necessary access to the gym for 30 days). Then, come October, the gym will open its doors to everyone else who wants in. (A note for current City Fitness members: If you’re already a member, you can’t buy an early access pass; if you want access to the Center City gym right when it opens, the way to do that is by upgrading your membership so that access to City Fitness’s Signature-tiered clubs is part of your deal. The new City Fitness East Market will also be a Signature club.)

From the sounds of it, the Logan Square outpost will be pretty darn swanky. Marketing director Tom Wingert tells us they’ll be focusing on the group-training program in a big way, installing a dedicated hot yoga studio with infrared heat, along with five more group-fitness classrooms. Wingert estimates they’ll offer around 100 group-fitness classes per week at the new location. Then, they’ll have your usual gym equipment (cardio machines, strength-training equipment, and so on), a personal-training area with a 90-foot turf, and Olympic lifting platforms.

When it comes to the locker rooms, they’ll have two tiers: the first tier will feature steam rooms and saunas; then the executive lockers (they’ll have 84) will come complete with the steam and sauna rooms, along with private lockers and a concierge-esque position to help you develop and reach your fitness goals. The new gym will also feature the hydro-massage beds that have become a big hit at their Fishtown location.

Along with all that jazz, they’ll have a dedicated co-working-like space — a place where, if you’re trying to squeeze in some work in between your sweat session and wherever you have to go next, you can “run some stuff off, grab a cup of coffee. We want to have a super-functional space within the gym,” making the transition from gym to regular life, “as seamless as possible,” Wingert says.

Okay, enough about the new space. We’ve got more sweet news to share with you: Leading up to the opening of the new club, City Fitness will be hosting a slew of free fitness events around the city, open to anyone and everyone; no need to be a member to join in. And, my friends, the first one is this Thursday, June 22nd. It’s a free sunset spin class being held reaaaalllly high up (57 floors up, to be exact), at One Liberty Observation Deck at 8:30 p.m. (Expect more events here; City Fitness and One Liberty Observation Deck have collaborated on an ongoing fitness series called One Fit Philly.) If you want in, you’ll want to hop over here right this second to reserve your spot; registration just opened. Future events will include Resting Brunch Face on July 22nd (think: yoga plus HIIT plus brunch) and a — wait for it — water balloon fight workout in August. Really. You can keep up with City Fitness on Instagram to stay in-the-know about those.