Up this week, we’ve got a gentle giant of a pup named Blue, who has quickly won over all the Monster Milers hearts in the short week he’s spent getting his run on with them. Learn more about him below.

Background: Blue was found as a stray. He’s currently available for adoption through PAWS.

Running style: Blue has been running with the Milers for less than a week and has already proved to be a steady runner. He sits and waits patiently to have his running gear put on, and then he’s a little excited out of the door but settles in very quickly and keeps pace next to you. Since it’s been hot out, he’s been going on walk/runs, but he’s been happy walking or jogging at any speed.

Why Blue is awesome: Blue’s ears must be ringing non-stop because he has quickly turned into a Miler favorite and they can’t stop talking about great he is. He’s been described as the guy with the big head, the bigger tongue, and the biggest heart! He’s sweet and mellow and has good manners. Case in point, Blue was the guinea pig for a new Miler orientation last weekend and happily waited as new Milers practiced putting a martingale over his adorably giant head. He plays nicely with other dogs and kids (he’s not a fan of cats) and will make an awesome companion whether you’re going on a run or just lounging around. 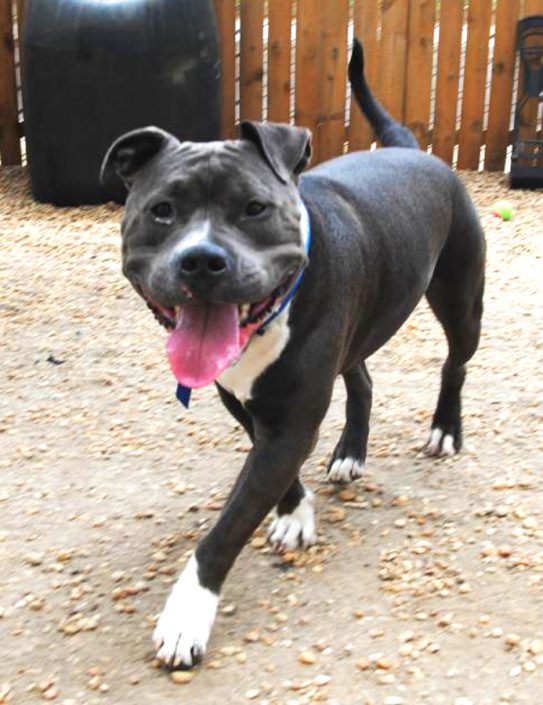 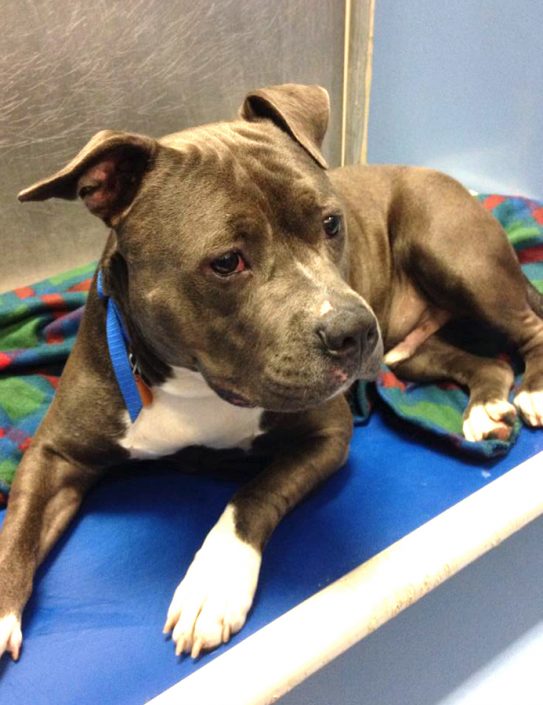 You can find out more about Blue (and other adoptable animals) here. If you are interested in adopting him, you can email PAWS at dogs@phillypaws.org, call them at 215-298-9680, ext. 16 or fill out an application here. Blue’s animal ID is A27781179. And for more awww-worthy photos, check out our previous adoptable running dogs here.