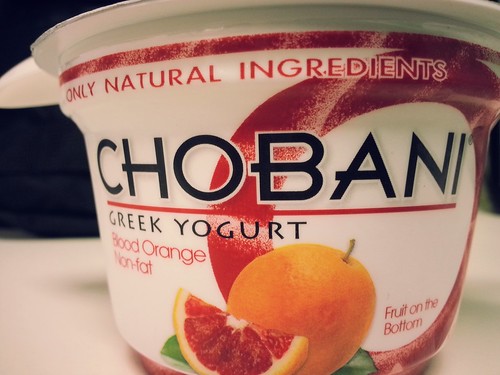 Did you pack a Chobani for lunch today? You might want read the label carefully before eating it. According to CBS News, the company has issued a voluntary recall after 89 people have become ill, experiencing symptoms such as nausea and cramps after eating Chobani Greek yogurt products. The affected products are those carrying expiration dates between September 11th and October 7th and marked with the code 16-012.

While a definitive link between the yogurt and illness has not been confirmed, the FDA is working with Chobani to hurry-up the voluntary recall that was initiated last week. The reported illnesses may be caused by a mold associated with dairy products called mucor circinelloides found in an estimated 5 percent of the company’s items.

“We won’t sugar coat it—this type of mold is not pleasant,” the company said in a statement.  And, while it might seem like a serious understatement, apparently the mold really isn’t all that harmful.

“This mold should not pose a health risk to most consumers,” said Randy Worobo, a professor of food science at Cornell, on the Chobani website.  “Very rarely it can act as an opportunistic pathogen through food and usually only for people with compromised immune systems.” Health officials have confirmed Worobo’s claim that the yogurt is not a public health threat.