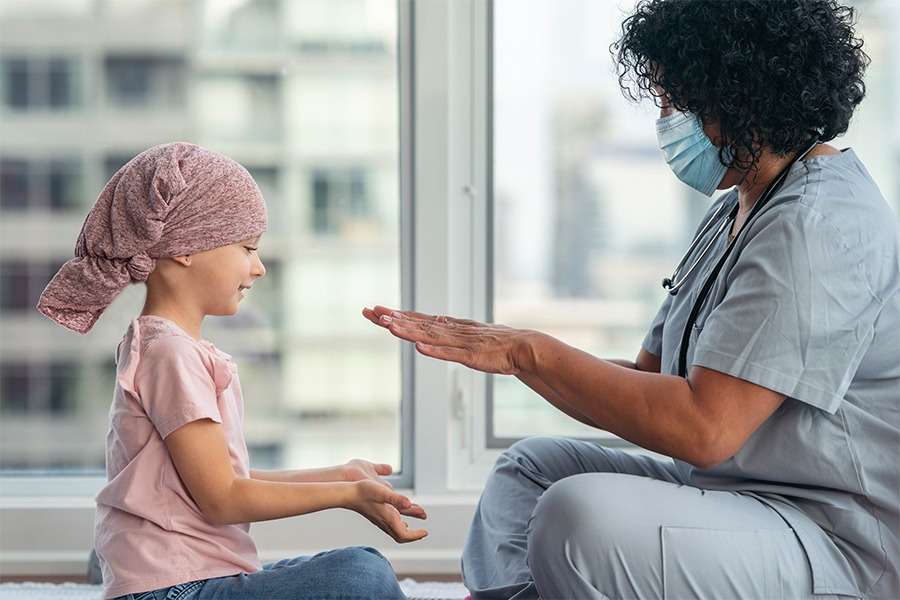 Back in 1959, a Philly scientist peering into a microscope stumbled upon a cellular anomaly that would change cancer research forever. The Philadelphia chromosome was the first genetic defect associated with a specific human cancer. The discovery enabled the development of targeted drug therapies and revolutionized cancer treatment. Now, more than 60 years later, the Delaware Valley is poised for another cancer breakthrough.

Instead of searching out relatively rare mutations like the Philadelphia chromosome, today’s oncologists mostly look for different protein expressions on the surface of the cell, says E. Anders Kolb (Andy), MD, a Nemours hematologist/oncologist and co-chair of the PedAL initiative. If normal bone marrow cells express proteins A through G on the surface, and leukemia cells express proteins A through H, then a targeted drug can go after protein H and thus the cancerous cells.

Although targeted therapies have existed in leukemia treatments for decades now, the PedAL program will focus on an understudied subset of patients: children. Historically, the regulatory environment has favored testing treatments in kids only if they’re approved for treating the same disease in adults.

However, children typically develop leukemia in an entirely different way, meaning they often need different targeted therapies. “Even if pediatric cancers have the same names as adult cancers, they’re not the same diseases,” Dr. Kolb says. “The assumption that the drug should work in the younger patient, I think, has been a flaw in this system for a while.”

When leukemia forms in an adult, it’s usually because the cells have accumulated common genetic mistakes over time. “Targeted therapies for adults could go after any one of those,” he explains. For leukemia to develop in children, something “catastrophic” usually has to happen. A piece of one chromosome may break off and attach to another chromosome, making an entirely new gene, for example.

The differences in disease development mean that many targeted therapies developed for adults do not work on pediatric patients. That’s where the PedAL program comes in. The master clinical trial will track the use of multiple targeted therapies in pediatric leukemia patients around the globe, gathering robust information on which ones work and when.

By identifying more targets, the PedAL program could create the potential for using, say, a drug initially developed for adult lung cancer on a pediatric leukemia patient. “We are seeing a lot more interest from drug companies to evaluate drugs based on the targets that are expressed in pediatric cancer, rather than the type of pediatric cancer,” Dr. Kolb explains. Exploring more uses of targeted therapies through PedAL and making them making more accessible could change outcomes drastically.

“I’ve been a clinician for 20 years and seen many patients suffer side effects or many patients not survive in part because of lack of progress in drug development for kids with cancer,” Dr. Kolb says. “We need to systematically address all the challenges and all of the barriers that are preventing more rapid drug development. This is the mission. This is what we need to do.”

Learn more about how Nemours Children’s Health System is at the forefront of pediatric cancer research and patient care. 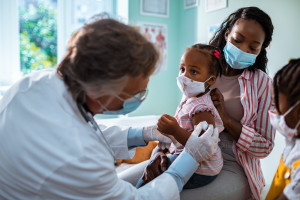 SPONSOR CONTENT Yes, You Absolutely Need to Get a Flu Vaccine This Year—Here’s Why 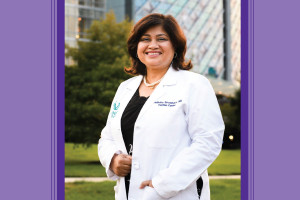 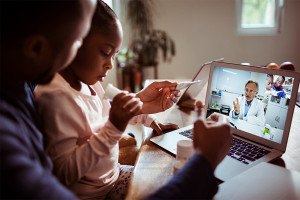