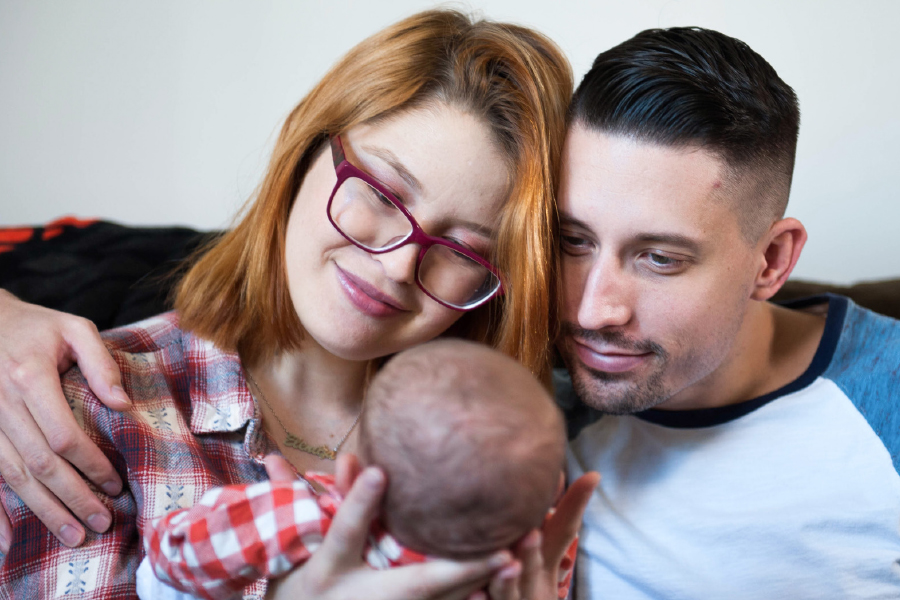 Elenilza (Elen) Tritten developed heart problems as a child, and had her mitral valve replaced at age 18. Last year, her heart symptoms started to return, and she knew she might need another valve replacement. But this time, there was a major complication: At 25 and newly married, she had just discovered she was pregnant.

“It was very scary,” says Elen. The pregnancy made treatment both riskier and more urgent, according to Elen’s interventional cardiologist, Dr. Ibrahim Moussa.

“Elen would not be able to carry her baby to term or survive the stress of delivering a baby without correcting her valve disease,” says Dr. Moussa, medical director of the Structural Heart Program at Virtua Our Lady of Lourdes Hospital in Camden. The hospital is well known for its advanced cardiology services.

Dr. Moussa and cardiothoracic surgeon Dr. Arthur Martella led a team of experts from multiple disciplines across Virtua Health to create a plan for replacing Elen’s mitral valve. The team had to act quickly, as Elen’s body was continually producing more blood to cope with the growing demands of pregnancy. Without a new valve to handle the increased flow, the lives of the fetus and mother would be at risk.

“By the time she got to that third trimester, she would be in heart failure,” Dr. Martella says.

Last April, in Elen’s 16th week of pregnancy, the team’s plan came to fruition—and everyone involved made history. Elen is the first pregnant woman to receive a new mitral valve via a minimally invasive procedure. The treatment, called transcatheter mitral valve replacement (TMVR), is for people who cannot safely have open-heart surgery. It involves inserting a new mitral valve into the existing valve via a thin tube (catheter) that is threaded through the body.

“Everything went perfect,” says her husband Taylor, recalling the complex planning for Elen’s procedure. “They had so many different precautions, we felt safe.”

Even after the successful valve replacement, Elen still faced a risky pregnancy and delivery due to her heart issues. Elen’s heart surgeons and a team of other Virtua experts provided care and planning throughout her pregnancy to ensure a safe and healthy delivery for both mom and baby. Elen had a planned C-section to reduce the strain on her heart from giving birth, and to enable her to deliver her baby in a controlled situation. The delivery took place in an operating room that could also handle potential cardiac issues, with Elen’s team of heart specialists and other experts on hand. On October 1, 2019, Elen gave birth to a healthy son, Denver.

“I’m doing great; my son is super healthy,” says Elen. “It’s incredible what they did.”

Virtua Our Lady of Lourdes Hospital is one of the largest providers of cardiac services in the region, recognized nationally for high-quality, affordable care. Its cardiovascular service excels in the diagnosis and treatment of coronary artery disease, valvular heart disease, heart rhythm disorders, congestive heart failure, and vascular disease. Learn more here and join the Go Red movement here.