Everything's in place for Gotham Bedrock LLC to start work right away on the 19-unit Views at Penn Treaty development. 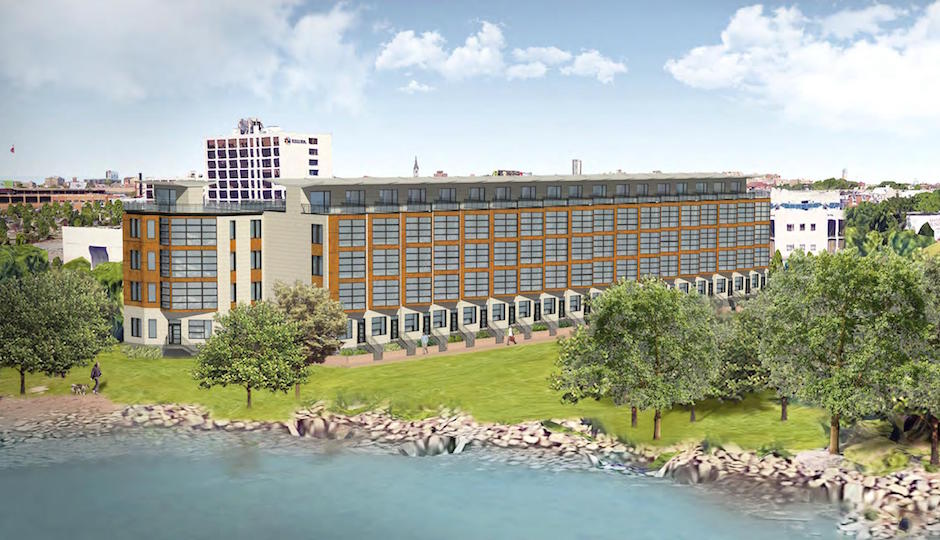 The Views at Penn Treaty has been sold to a New York developer for $7 million. | Rendering: Abitare Design Studio via Shovel Ready Projects

The deal was announced in a press release this morning from Shovel Ready Projects spokesperson George Polgar.

The purchase price covers the 1.5-acre strip of land just south of Penn Treaty Park on the Delaware riverfront near Marlborough Street and Delaware Avenue along with the luxury townhouse plans from Abitare Design Studio and all necessary permits for construction.

The deal makes Gotham Bedrock the first New York developer to build on the Philadelphia waterfront.

Gotham Bedrock principal Alex Halimi said in the release that the firm set its sights on Philadelphia because it’s becoming increasingly difficult to build profitably in the New York area.

“The reality of New York is that the cap rates are insane and in Brooklyn there is a scarcity of supply,” he said. “Looking nearby, it’s tough because in New Jersey the taxes are too high. So Philadelphia is very attractive. There’s a wonderful cultural, social and commercial life here. This is the kind of energy we felt when we started developing in Brooklyn.”

And Halimi added that this is just “the first of many projects Gotham Bedrock LLC will do in Philadelphia. We are very excited about the opportunities here.”

As of now, Shovel Ready’s earlier shovel-ready waterfront project at Pier 35 1/2, a larger 41-unit development designed by Cecil Baker + Partners, remains on the market, but Polgar said the company has received expressions of interest from several parties and hopes to wrap up negotiations on a sale with one of them soon.