When It Comes to Building, Color Us Medium Green

The Business Journals crunched U.S. Green Building Council numbers to rank the nation's big cities according to their sustainable building practices. Philadelphia placed in the middle of the top 25. 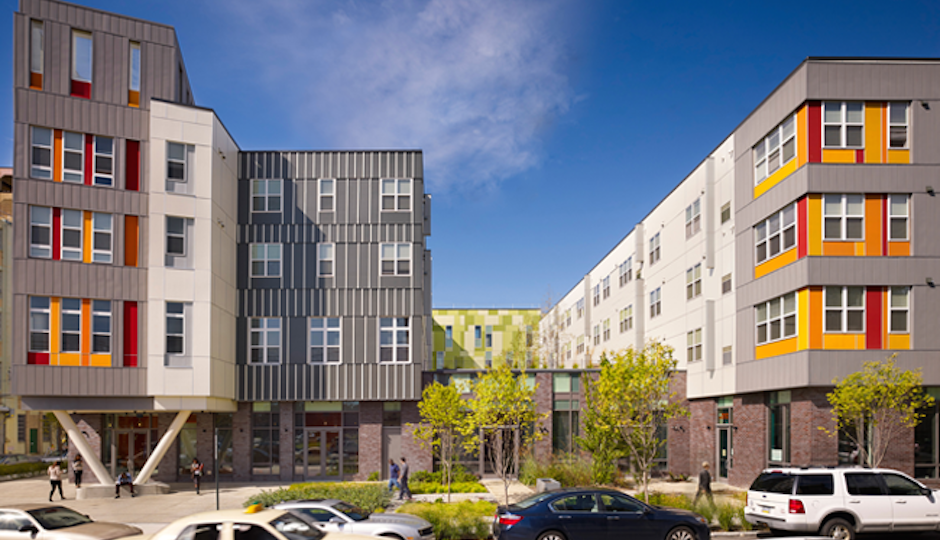 Philadelphia has produced several innovative sustainable developments, such as Paseo Verde, the first project in the nation to earn LEED-ND (LEED for Neighborhood Development) certification. But the city landed in the middle of the pack on a recent ranking of the top 25 cities for green construction in the country. | Photo courtesy of Wallace Roberts and Todd

So how green is Philadelphia?

And here, we regret to report, Philadelphia doesn’t LEED the way. But it did post a respectable middle-of-the-pack showing in a ranking of the 25 top U.S. cities for LEED-certified properties conducted by the research staff at American City Business Journals, parent of the Philadelphia Business Journal.

What’s more, that showing’s likely to improve in the future, according to Alex Dews, director of the Delaware Valley Green Building Council (DVGBC).

The Business Journal’s March 27th report on the rankings noted that interest in eco-friendly construction has skyrocketed since the LEED standards were first introduced in 2000. (LEED stands for “Leadership in Energy and Environmental Design,” a system of certifications for building design and construction that were developed by the U.S. Green Building Council (USGBC) and the Natural Resources Defense Council starting in 1993 and have been updated and expanded over the years by the USGBC.) As of March, a record 28,582 properties nationwide have some form of LEED certification, with 12 percent of those, or 3,442, certified since January 2016.

The ACBJ rankings took into account the number of developments certified in each city, then assigned points to each development according to its level of certification: LEED-certified properties received one point, Silver-certified projects two, Gold certifications four and Platinum six.

Philadelphia placed 13th in the rankings, with a score of 100. Between January 2016 and March 2017, 34 properties with a total of 7.04 million square feet of space were LEED certified. Of those, three were certified Platinum, 13 Gold, and 12 Silver.

To put this in perspective, here are the top five cities for green building:

Dews said that a number of factors drove the larger number of green building projects in some of the cities that ranked above Philadelphia and that the region’s middle-of-the-top-25 showing masks a surge in interest in green construction in general and specific elements of the LEED standard in particular.

One of the reasons for the middling showing, he said, is simply that there was less new construction going on here than in the cities that placed above Philadelphia: “I think you will see Philadelphia catching up with the lower end of the top 10” as more new projects seek certification.

The strong showings of some regions, he added, are the result of external factors as well. “In Washington during the Obama administration, the federal government was requiring that all new leases be in buildings that were LEED certified,” he said. “And California’s building code is essentially the LEED standards, so everything there is LEED by default. The same applies to Massachusetts.” (Boston ranked 9th in the survey, and Cambridge took 25th place.)

Dews said there was little likelihood Pennsylvania would follow suit and incorporate LEED standards into its statewide building code.

In addition, awareness of other green building standards and guidelines has grown in recent years. “Ten years ago, LEED was the only standard” for energy-efficient, sustainable building construction, Dews said, “but now there are others. There’s passive house for residential construction and Energy Star for existing buildings. There’s also the Well Building standards focused on a healthier indoor environment.

“It’s encouraging to see how many buildings are incorporating parts of these standards into their design.”

The cross-pollination is even reflected organizationally, as the DVGBC and the Greater Philadelphia Passive House Alliance have recently merged.

What all this means is that it’s likely that this time next year, when the Business Journal once again examines the state of green building in American cities, Philadelphia will have climbed into the ranks of the top ten. (That may not be all that difficult: No. 10 San Diego had 38 LEED-certified projects totaling 5.44 million square feet of space in the survey period. Five of them received Platinum certification, 14 Gold, and nine Silver.)

How green is Philadelphia? How its building practices compare with other U.S. real estate hubs [Philadelphia Business Journal]