Mayor Michael Nutter officially announced the plan that will completely change the look, feel and future of a nearly 2.5 mile stretch of North Broad Street from Hamilton Street to Glenwood Avenue.

The North Broad Streetscape project will see 41 “decorative light towers,” each standing 55-feet tall, introduced to the median of Philly’s main artery. The $8.7 million project is funded by a mix of federal, state and city funds and will look to spur even more investment on North Broad Street.

“As a government, we want do anything we can to support growth and development along this important corridor,” said Mayor Nutter in a press release. “The North Broad Streetscape project will give this area a cohesive look and make it a safer, more inviting place for customers and residents. This project will return North Broad Street to its former glory as a main thoroughfare for our great city.” Bohlin Cywinski Jackson (BCJ) is the lead architect on the project, which includes “light masts” made of stainless steel mesh and a lighting element inside the pole.  A landscaped protective island area is at the base of each pole. The press release states, “They have been designed to be reminiscent of old street lamps that were in the center of Broad Street nearly a century ago. The lights are programmed to illuminate every night from dusk to dawn.” James Carpenter Design Associates of New York also worked with BCJ on the project.

Though they are located in the center of North Broad Street, Mark McDonald, press secretary for Mayor Nutter, advised in an email that pedestrians should continue to use the crosswalks. “They are not intended as a pedestrian refuge … These towers don’t line up with crosswalks.” McDonald also said that the city expects to have four or five light mast installed by the end of the day on Wednesday and each mast will be illuminated as they are completed.

Eric Blumenfeld’s EB Realty Management (EBRM) has been busy with multiple redevelopment projects on North Broad Street, particularly at the Divine Lorraine at Broad and Fairmount. Interestingly, Blumenfeld indicated that the plan was to light the iconic (and restored) sign atop the Divine Lorraine at the same time the light masts were officially illuminated. When reached by email, EBRM’s Chris Cordaro said, “[W]e are trying to have the sign and the streets lit at the same time. Without knowing exactly when that date is, it’s hard to forecast.”

City Council President Darrell Clarke reiterated the role the project will look to play in bringing North Broad Street back to life. “The beautification of North Broad sends the appropriate signal — pun intended — that revitalizing and redeveloping North Broad is one of our top priorities as a City,” Clarke said in a press release.

The newly-formed Avenue North Renaissance community organization will become the steward of the North Broad Street corridor from City Hall to Erie Avenue and oversee the maintenance of the masts. Construction on the project is expected to wrap up in the fall. 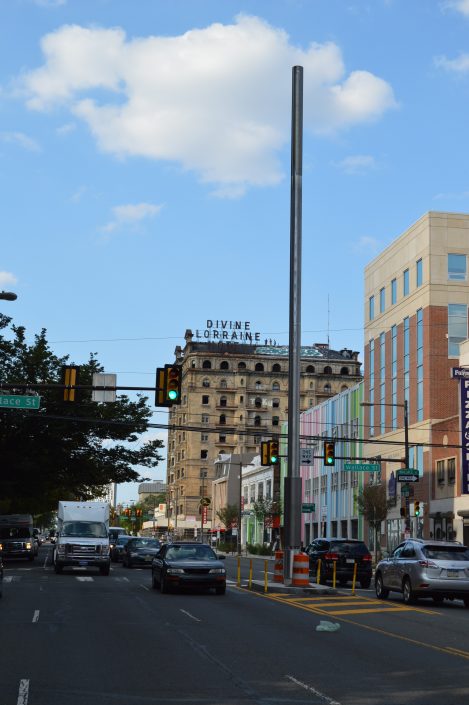 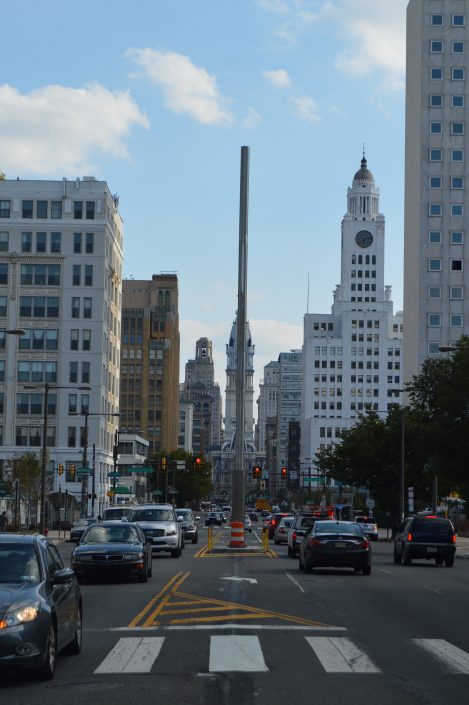 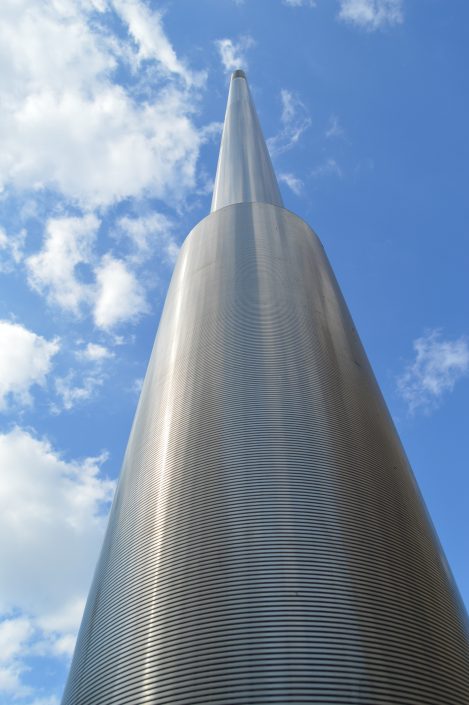 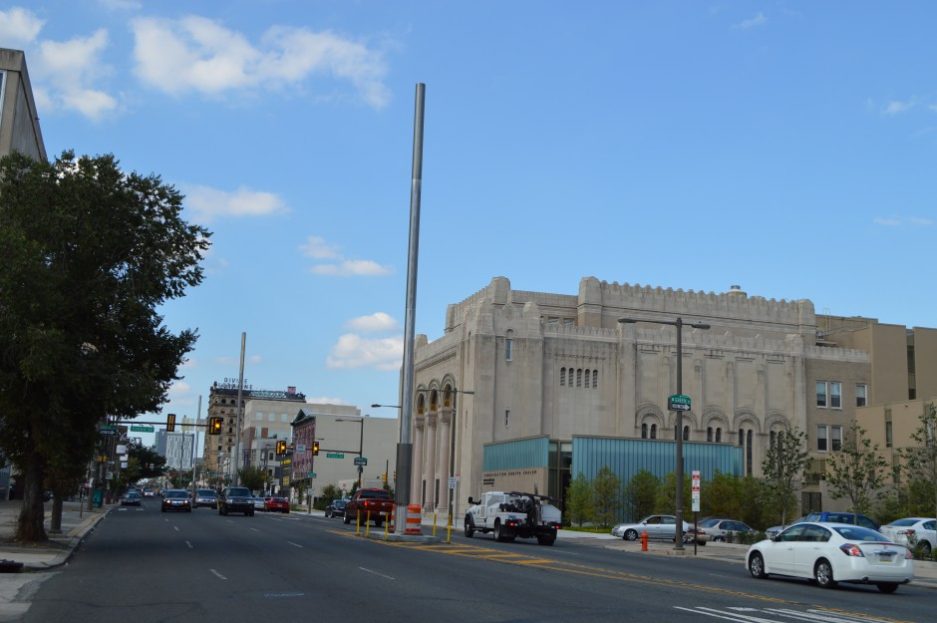 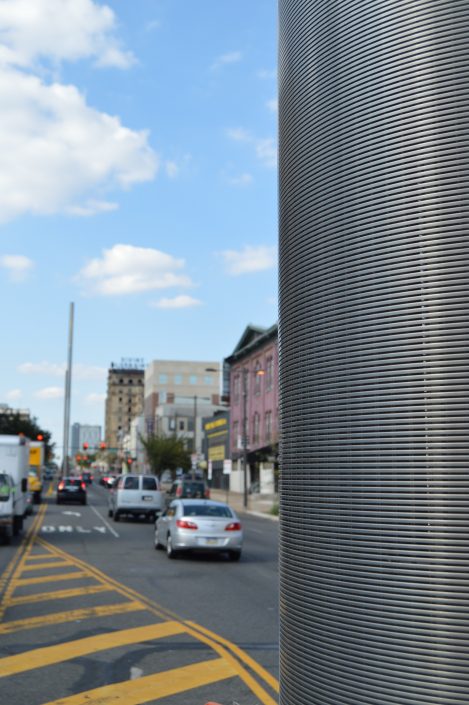 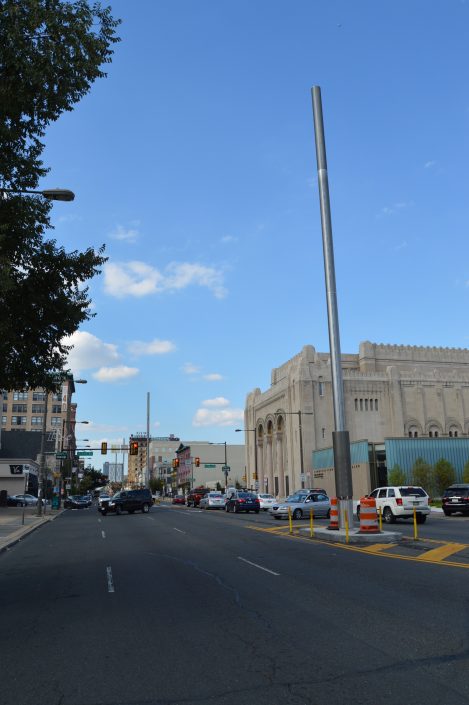 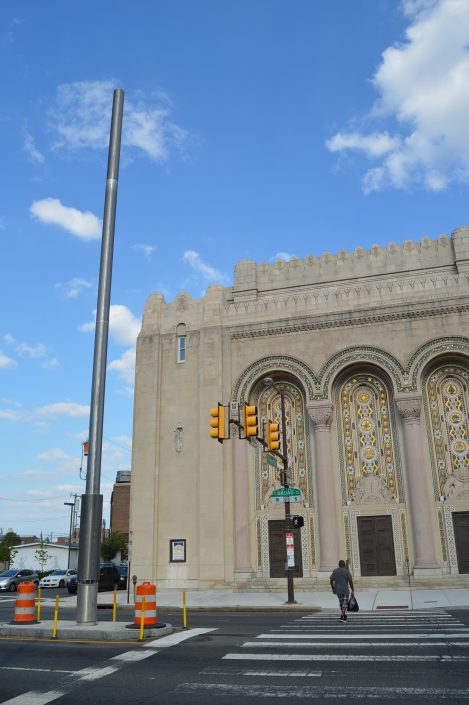 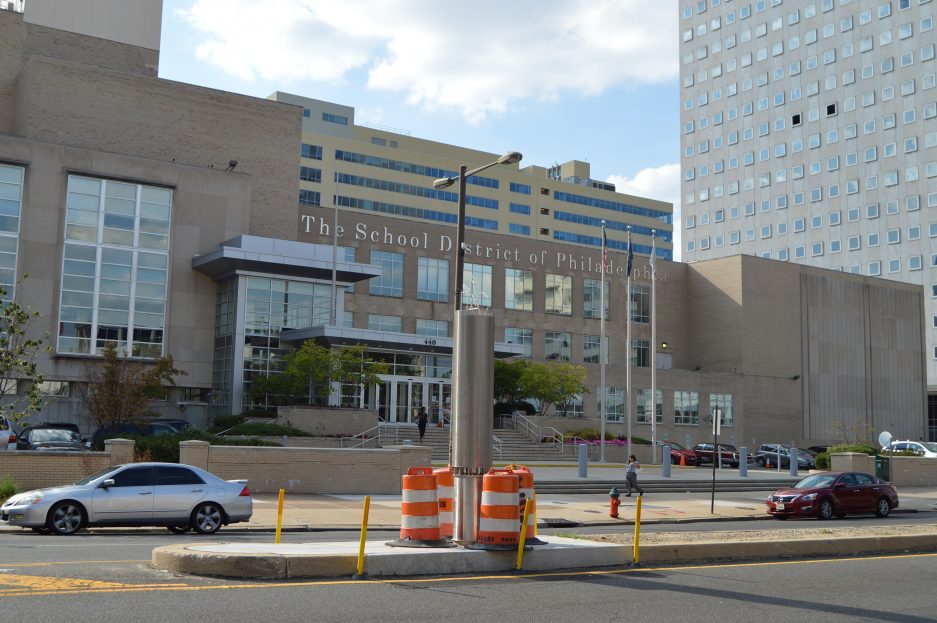 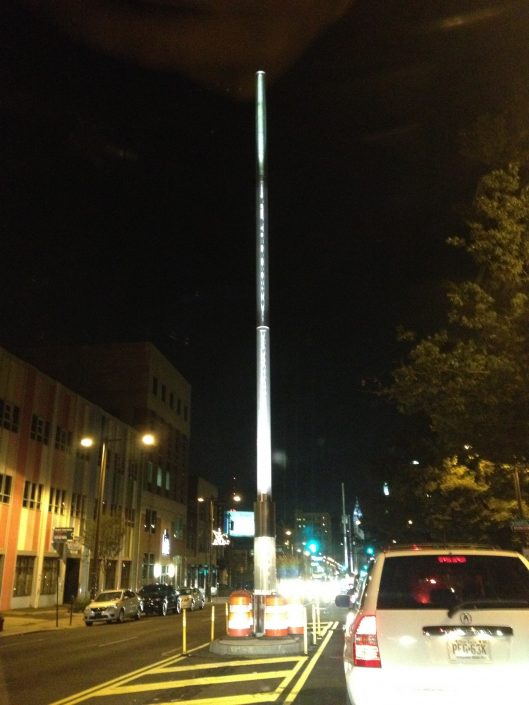